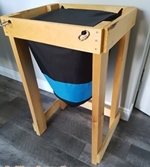 It literally feels like “forever” since I last wrote about my VermiBag system, so I will admit to being a bit surprised to see that the one (and only) previous VermiBag post was in the middle of August (2018).

The funny irony is that I could have sworn I had written at least one update about my current set-up. Bizarre.

Anyway, the key is that things have continued to chug along with this system and I’ve really enjoyed using it (in a pretty low-key manner, I’ll admit). Initially, my plan had been to primarily use comfrey, aged horse manure and tea bags as my food materials. As it turned out, I didn’t end up adding more comfrey – but I have indeed been periodically adding more aged manure and tea bags, along with some more typical kitchen scraps.

The performance of the VermiBag reminds me very much of my previous Worm Inns, but it seems to be better at retaining moisture. Like the Urban Worm Bag, it also more prone to bottom drainage.

I also continue to be pleasantly surprised by just how much worms seem to love tea bags – and how quickly even fairly big deposits of them seem to disappear. I really wish I had access to a lot more of them!

SO, where do we go from here?

Well, fairly recently I decided it was probably a good time to (finally) perform my first harvest of castings from the bottom. I was actually planning to perform said harvest yesterday evening…until I was reminded that the system hasn’t received any inputs in a little while.

There was no trace of food in there, the overall level was quite far down. And needless to say, most of the worms were likely even further down where moisture levels were a bit higher. 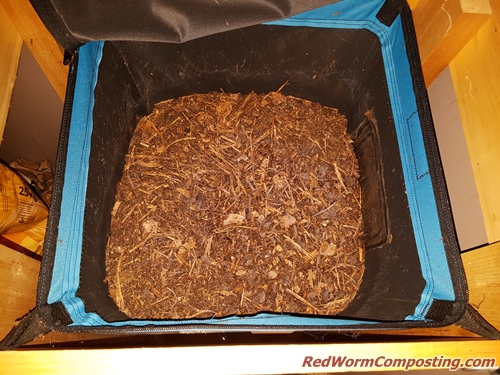 In light of this, I decided that instead of a harvest I would add a really rich feeding so as to draw as many worms up close to the top as I can.

I started by adding a layer of my new “favorite” material – aged wood/leaf chips. 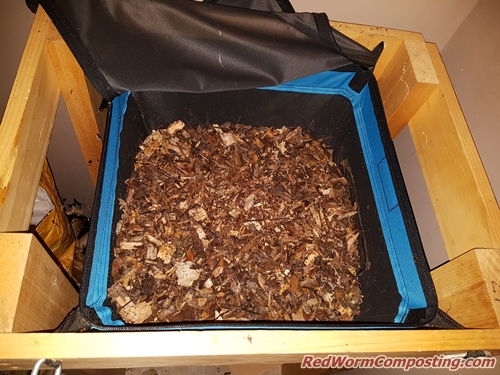 Then, I added a layer of moist, aged horse manure. 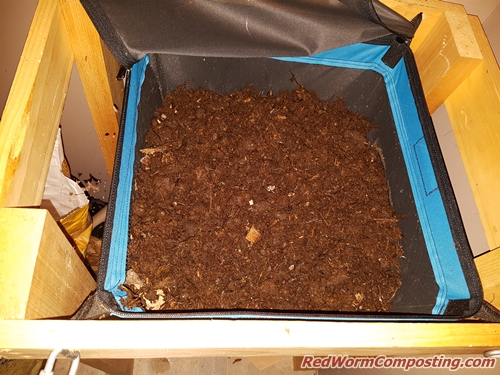 Next, it was a big deposit of pumpkin waste. I still happened to have some chunks from one of my giant pumpkins, grown “accidentally” this past season, sitting outside in a bin – so I added a big slab of that. 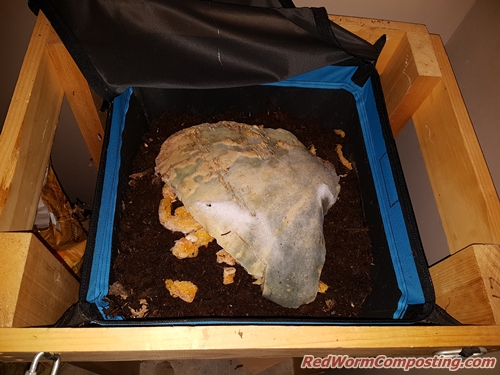 This was covered with more of the manure, a handful of absorbent stove pellets, and finally a cover layer of the wood chip mix. 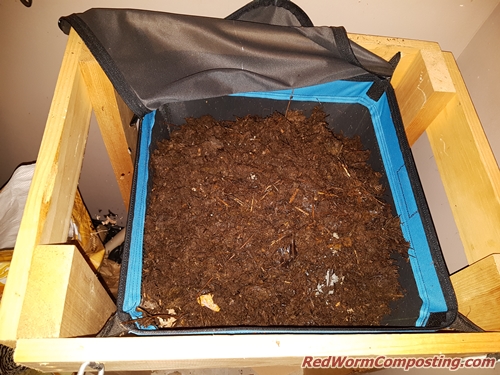 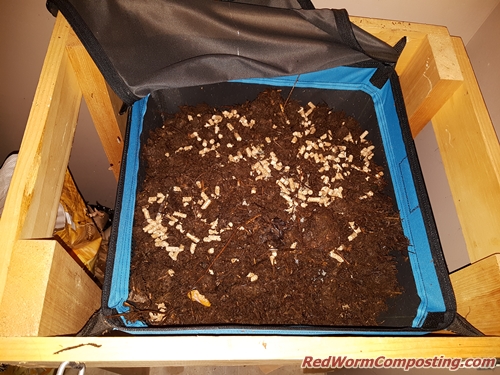 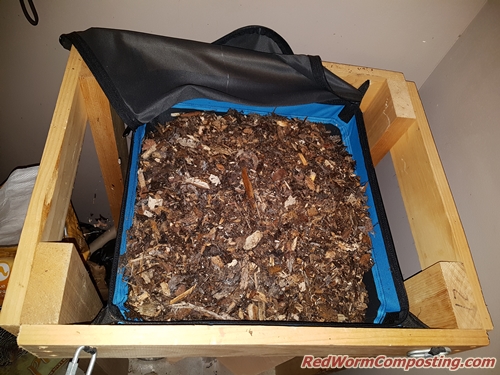 It’s pretty safe to say that there will be a serious feeding frenzy going on fairly soon. I will likely check on the system again sometime next week, and should be able to perform my harvest sometime within the next couple of weeks.

P.S. In one of my future updates I will share more info about the newer “Mammoth” VermiBag. It sounds like Tom (creator) has been having a lot of fun with his own test systems!