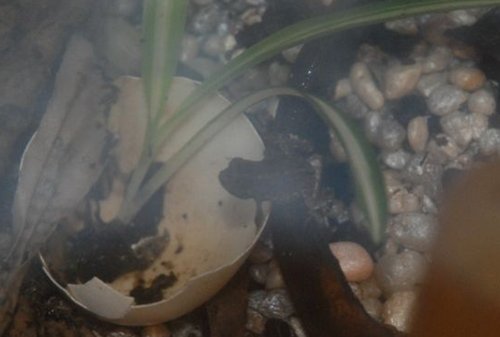 A little while ago I received an email from a reader named Simon, who was interested in sharing his rather unique approach to dealing with fruit flies.

Simon’s suggestion was to employ small toads as fruit fly predators. Originally, I thought he simply meant that you could toss a toad in your worm bin and that would be that.
😆

Of course, this didn’t sound like the best approach to me, since toads would likely need at least SOME light in order to thrive. Further email exchanges with Simon served to clarify the issue – what he had actually been doing initially was keeping the worms and toads together in a semi-lit container. Subsequently, he moved the toads to their own small terrariums.

So how are they supposed to eat the fruit flies in the worm bin?!?

The key here – just as it is with the cider vinegar traps – is to lure the fruit flies into the terrarium and ensure that it’s not easy for them to escape once inside. What Simon did was cut a small hole in the terrarium lid and put some window screen over top. 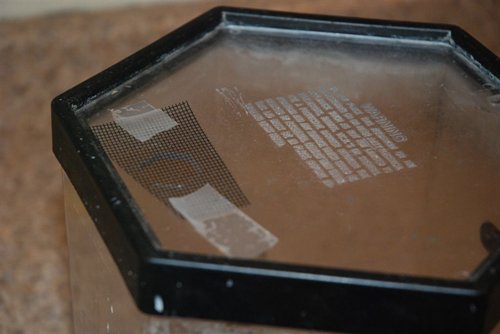 Alternatively, if you have a small terrarium with no lid, I would think that covering it with plastic wrap then punching lots of small holes would work as well.

While certainly a bit more involved than setting up a simple cider trap, what I like about this idea is the fact that you would REALLY go all out in terms of tempting the fruit flies. Simon suggested putting a banana peel inside the terrarium, but any collection of fruity material would work well, and would likely be even more inviting than cider vinegar – just imagine how many fruit flies you could attract with a little heap of melon chunks!

According to Simon, when the toads are really small they aren’t all that efficient at capturing the fruit flies. Also, he points out the fact that as toads get older (and bigger) their habitat requirements grow substantially as well.

I would think this could work very well with a variety of amphibians and lizards – especially ones that don’t grow all that big.

In some ways, I think this is more of a fun, interesting way to get rid of some of your fruit flies, and a nifty way to feed your pet frog/toad/lizard, rather than a super-effective fruit fly reduction tool. But you never know!

Anyway – thanks again to Simon for sharing his idea! Hopefully some of you can test this out for yourselves and let me know how you make out.
8)

P.S. Another possible idea just came to mind as well. For those of you who don’t have arachnophobia, you might even think about creating a little spider terrarium using this same method for luring in the fruit flies – sure beats having spiders all over your house, right? This might actually be a fun science project as well.