I’m definitely overdue for a Worm Factory 360 update! In my last post, I wrote about the “time out” I gave the bin (on my deck) in an effort to kill off the resident fruit fly population (see “Worm Factory 360 | 12-09-11“). Unfortunately, the fruit flies moved right back in a short time after bringing the bin inside, so I decided to stop feeding the system altogether.

In other words, this bin has not been fed for a month or more! A lot of people (particularly those new to vermicomposting) might assume that this would be be “bad” for the worms – they might “starve” after all. Right?

I’ve said it before, I’ll say it again – it is FAR easier to kill your worms via over-feeding than it is to starve them to death. This is especially true in a system containing a lot of bedding materials (something I always recommend) since they will happily munch on these materials long after the last morsel of “food” has been consumed. This has definitely been the case in my WF-360 system. 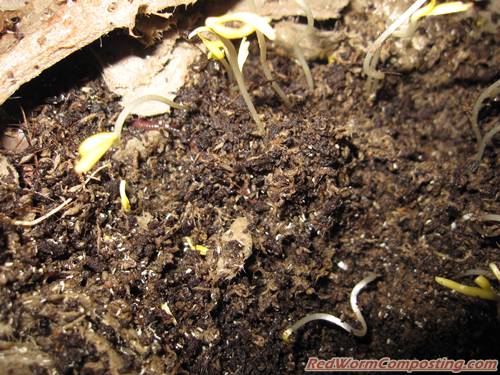 While there is still plenty of shredded cardboard (and other intact bedding materials) visible in the bin, it’s clear the worms have converted a fair amount of it into castings. Digging around a bit, I found plenty of worms (and cocoons), so they certainly don’t seem to be suffering! 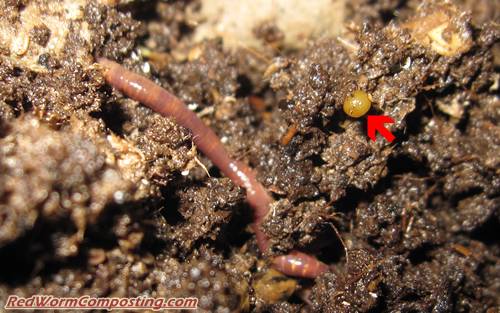 That being said, I DO want to get back to a fairly regular feeding routine sometime soon! The good news is that the fruit fly population in the house has dropped off substantially, so I’m hopeful that I won’t have to worry about ending up with another crazy infestation.

I found my first worm down in the reservoir! I guess this means that the newsprint floor has at least one hole in it by now. There still isn’t any liquid down in the reservoir, but that’s not too surprising given the lack of food waste (and/or water) that’s been added to the bin this past month. 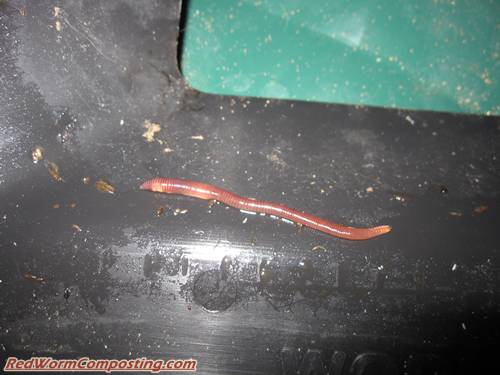 Not much else to report at the moment, but I’m sure I’ll have another update fairly soon!
8)

**IMPORTANT REMINDER**
Don’t forget – this month’s Worm Factory 360 contest has started! Be sure to fill out the short survey on the contest page to get yourself entered! **CGU - Your "Ultimate" Worm Farming Education Resource >>Learn More<<**
Previous Post