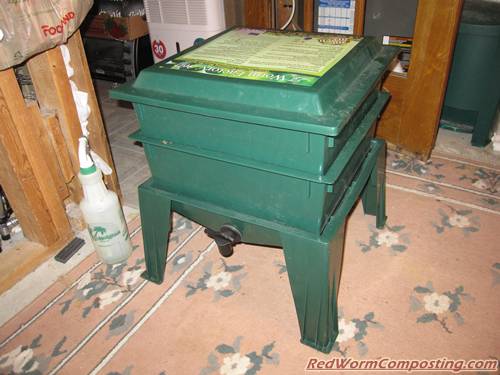 So I finally added my second tray! Woohoo!

Someone left a comment on the site a short time ago mentioning that they had transferred some of the material from the first tray into second tray before adding it on top.

So I decided to do the same thing – and it worked like a charm! (surprise, surprise. lol)

I was happy to see that there was no sign of food waste anywhere in the first tray, and a lot of the bedding materials have been processed nicely! Certainly a fair amount (of bedding) remaining, but I’m sure it will well processed by the time I fill my last tray (still two more to go after the one I just added).

The next two images show what the first tray and the second tray looked like after I transferred the material, respectively. 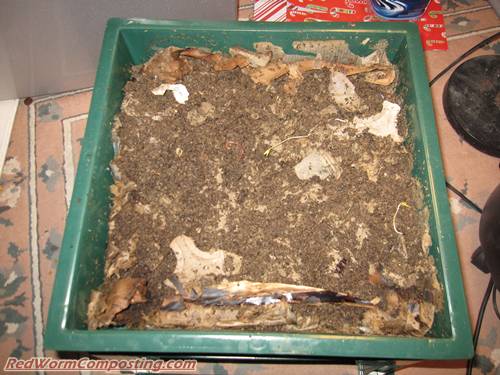 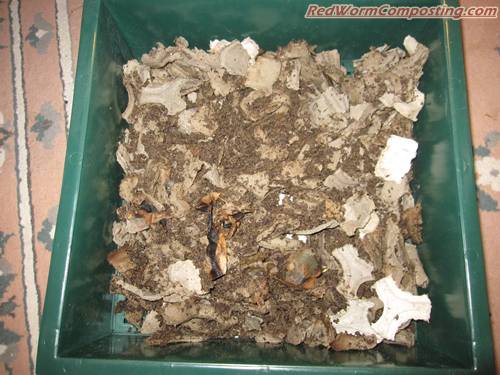 After adding the older material to the second tray, I decided to add some food waste as well. The total quantity was 420 grams (~ 0.93 lb) – so not a huge amount, but it should be enough to start luring more worms up from below. I was in a bit of a hurry so I ended up using some fairly fresh materials that hadn’t been previously frozen. I made sure to cut everything up really well in an effort to compensate for this (although, this is a great idea even if you DO age/freeze the wastes). 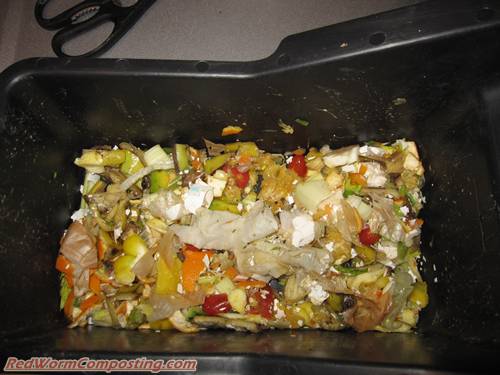 There was no special attention given when adding the food waste. I simply layered it over top of the older material, then added a fair amount of brand new stredded cardboard (of the drink tray variety) over top. 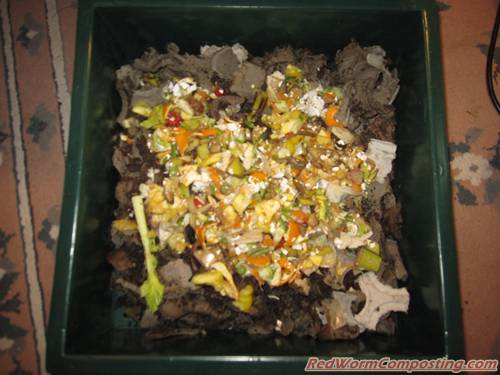 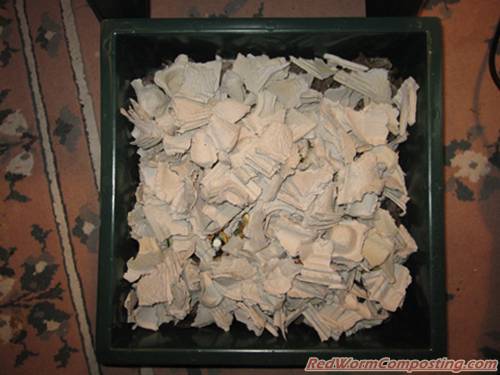 As an afterthought I decided to add some water as well – everything seemed a little dry to me (which is actually pretty cool considering the fact that this is a plastic bin – tells me there is plenty of air exchange).

Will aim to provide another update early next week!
8)