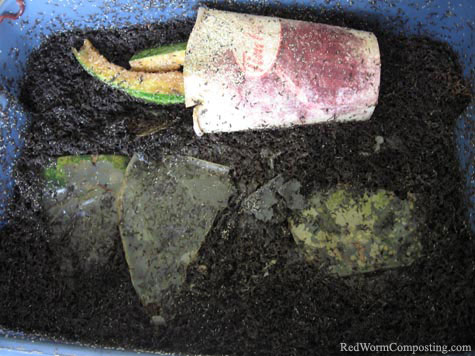 Wow – didn’t mean to let it go so long before posting another update! As you can see from the picture above, quite a lot has changed in the bin. The watermelon has been almost entirely eaten away. All that remains of those pieces outside the cup is a thin outer later of the rind. The cup itself is certainly starting to break down, but what amazed me the most was the extent to which the egg carton cardboard I’ve been using as bedding has been been converted to vermicompost. Pretty cool! 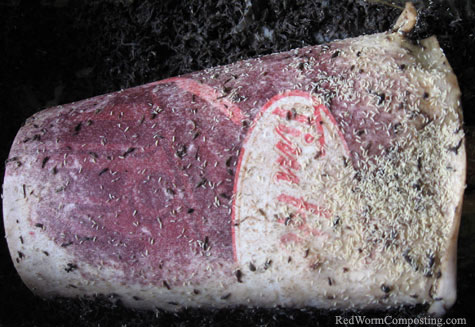 Here is a close-up of the cup. It’s amazing how the springtails seem to be drawn to it! Flipping the cup over, I found… 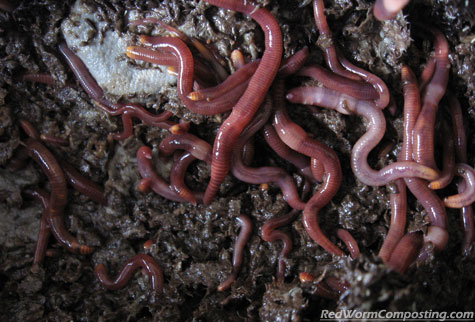 …lots of worms underneath! 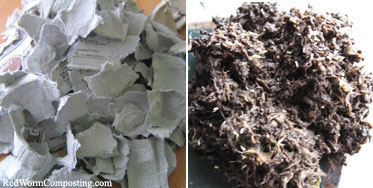 Here is a shot of the egg carton cardboard before adding it to the bin, and after being processed by the worms. They really seem to love the stuff! 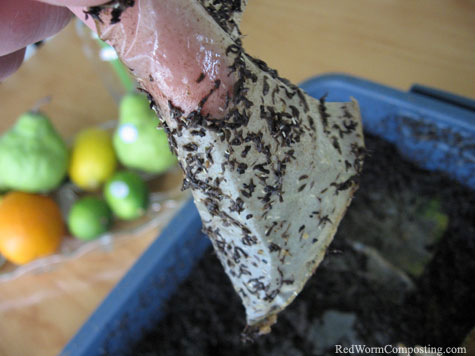 Here is what’s left of one of the watermelon rinds – pretty amazing!

Well, it looks like the watermelon and bedding are pretty much out of the picture – it will certainly be interesting to follow the progress of the coffee cup as it continues to decompose. I will definitely need to add some more food to that bin to keep the worms well fed, and it will be interesting to see how quickly it gets processed as well.