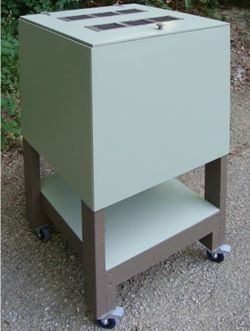 Back in May I received some emails from a customer named Joe Denial (who had ordered 10 lb of Red Worms a short time before) telling me about his new vermicomposting projects and, oddly enough, asking for some advice on building a larger flow-through bed. Now before everyone (who knows about my DIY skills) keels over laughing, I should explain that Joe was very new to RWC and had mistakenly assumed that my big wooden backyard worm bin had a flow-through grate in it.

Once I’d sent Joe my reply, explaining the low-tech nature of my wooden bin, I basically forgot about the whole thing (no offence Joe! haha) and got back to whatever wide assortment of “stuff” I was focusing on at the time.

And then, the plot thickened…

About two weeks later, Joe sent me an email with a small PDF document showing me his new creation. I was TOTALLY floored by what I saw. Not only was Joe’s new bin the coolest DIY flow-through bed I’d ever seen, but he even included some amazing diagrams illustrating the various key components of the design. 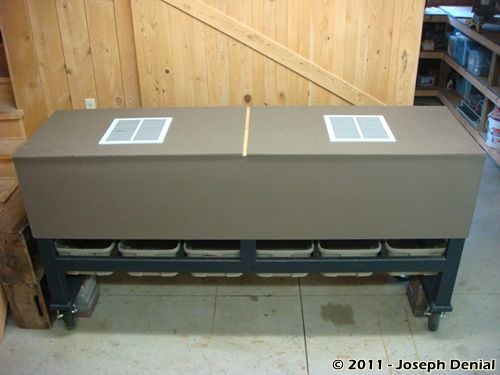 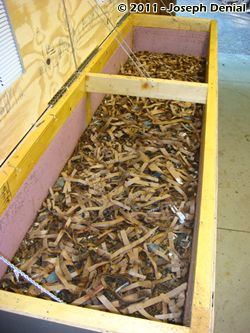 On a whim, I decided to ask Joe if he might be interested in designing, and creating plans for various composting bins etc. Thankfully, he said yes – and a short time later the “VermBin24” (VB24) bin (pictured top right) was born.

As much as I love Joe’s bigger bin, I knew most people either wouldn’t want something that big, or would be utterly intimidated by the idea of actually trying to build it – so I suggested we try something more compact (but still employing a similar design). The VB24 was definitely created with the average home vermicomposter in mind. Being the DIY dummy that I am, I would class it as an “intermediate” level building project – but still something I’m confident I could actually put together (and intend to do so sometime this fall).

What’s great about a VB24 vermicomposting system is that it allows home owners to enjoy – on a small scale – the perks of using a much larger professional grade flow-through bed. It provides greatly increased aeration (while still offering good moisture retention), which results in faster processing and a better quality end product – not to mention a much more forgiving system. Like any decent flow-through bin, the VB24 will also make it a lot easier to harvest vermicompost.

Joe’s larger version has been performing incredibly well for him – certainly helping to provide him with a much more care-free and enjoyable vermicomposting experience than most others just getting into the hobby (yep, it’s literally only been a few months since Joe started vermicomposting – pretty cool!). 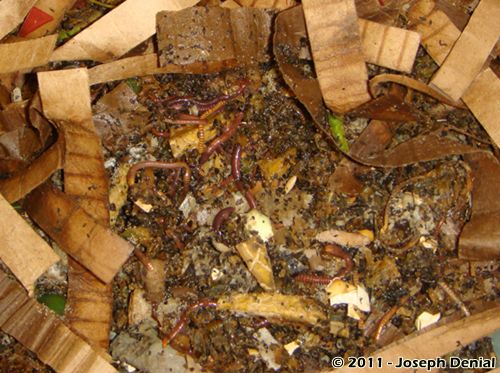 Tomorrow, I will be posting about some other developments here at RWC – some great, some not so great, but all of it important news regardless. I’ll also provide some more details about securing a copy of the VB24 blueprints (and how-to guide), for those who are interested.