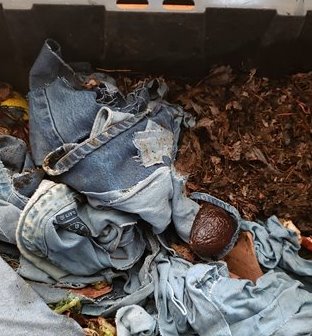 A topic I have written amount multiple times here – but something I still really haven’t tested out enough – is the use of biodegradable fabrics as worm bin bedding materials.

It just seems like a bedding with so much potential! These fabrics are soft, very absorbent, yet also support excellent air flow. They tend to break down very slowly, helping to maintain a quality worm habitat for longer.

And while maybe not as readily available as something like cardboard, most of us likely end up with an accumulation of old clothes and sheets that aren’t fit for donation.

Finding a dusty bag of my old clothes at my dad’s place a week or two ago, I finally decided enough is enough. It’s time to really test this out properly!

Right off the bat I should point out that this type of bedding may be more appealing to (and better suited for) those who are in less of a rush to produce castings. Like I said, fabrics tend to decompose quite slowly, so you could end up with plenty of it still fairly intact, even a few months (or more) after it was added.

Maybe the biggest negative is the potential for ending up with lots of threads in your system. I don’t personally feel this poses a major safety threat for the worms (as some others suggest), but it can still be a bit of a hassle. NOTE: I do recommend avoiding any clothes/sheets/etc with synthetic components, since these will likely be even more of a pain in the neck later on!

My start up process was very basic. I also happened to have a bunch of old 100% cotton karate belts (this is a sport our kids have moved on from), so I tossed them down in the bottom of the bin along with some old ripped cotton pants my son has outgrown.

Next, I added a bunch of denim from an old shirt and pair of jeans. 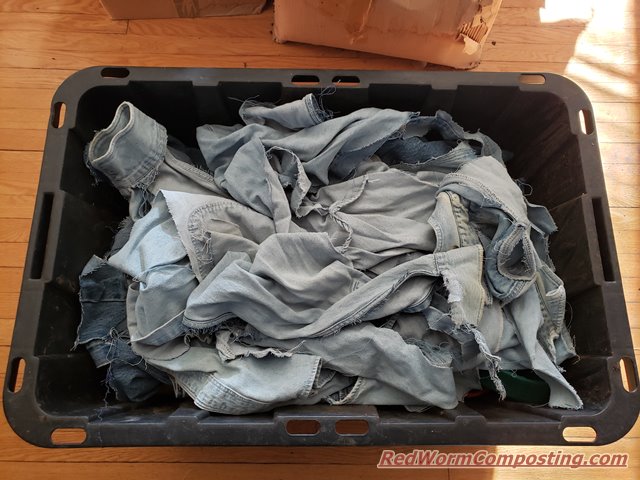 I then added a fairly large amount of frozen-then-thawed kitchen scraps. 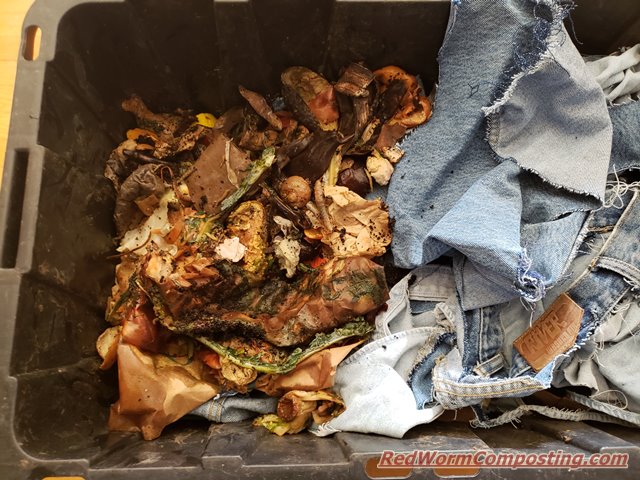 My original idea was to simply leave the bin to sit for a week or two before adding worms so as to let a bit more of an “ideal” habit develop. In the end I decided to just add some wormy material (from other systems) in one corner of the bin. I figured that even if the rest of the bin wasn’t to their liking, the worms would still have a decent zone to hang out in.

Once set up, I closed the bin and left it down in my dad’s basement. It is very cool down there these days (I would estimate temps in the 10 C / 50 F range). My rationale is that the low temps will help to avoid a massive fly invasion before the worms have had a chance to establish themselves. There are Red Worms and European Nightcrawlers in the bin – and I am also curious to see if the lower temps will favor the Euros. 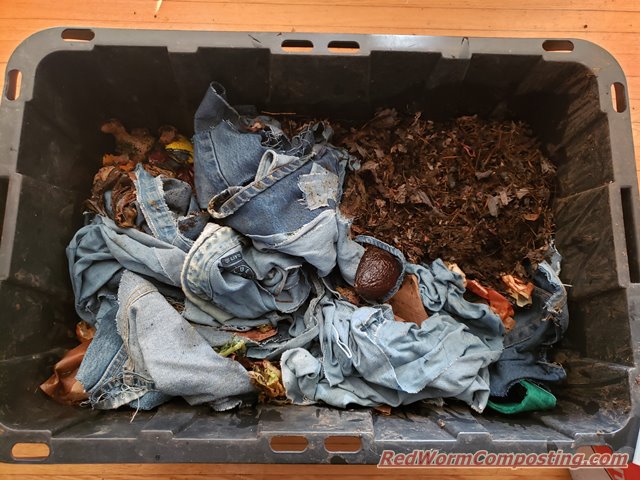 As expected, the decomposition of the food wastes has been quite slow so far. But the worms seem to be quite active – spreading out in the system and actively feeding on the wastes. I haven’t conducted an extensive excavation, but with a bit of digging around yesterday I was able to find 3 or 4 cocoons fairly quickly – so my hunch is there are likely quite a few in the system. Cocoon-laying is a fairly common response to dropping temperatures. 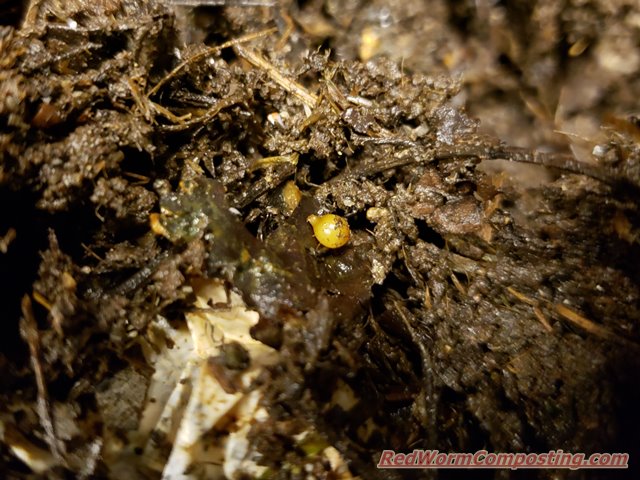 Although there are plenty of worms spread around the bin (as mentioned), I did find a little “community” of Euros still concentrated in the middle of the original worm zone. 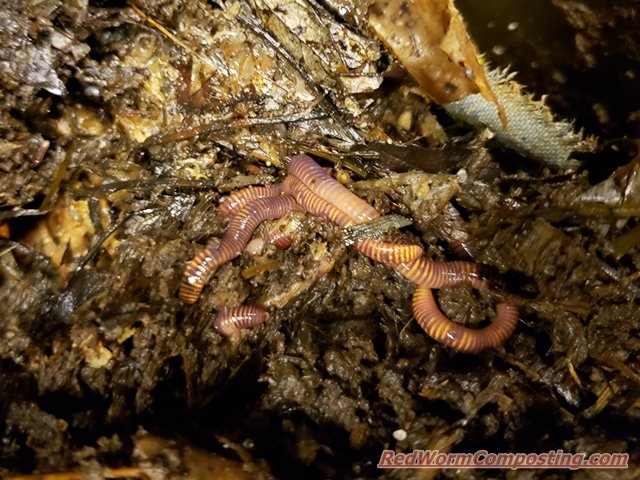 Interesting so far – and I look forward to seeing how things develop in the months ahead.
Stay tuned!
😎