Since my cat chewed off my drawstrings at the bottom the last time I had the Worm Inn set-up, this time around I am simply using a thick elastic band to keep the opening constricted. Should work just fine! 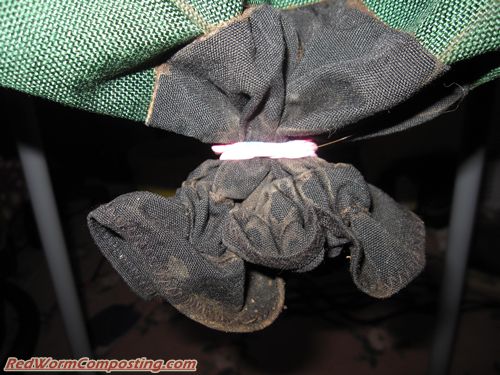 My first step in the set-up process (as always with a Worm Inn) was to create a “false bottom” of shredded cardboard. This provides a dry, absorbent area at the bottom that serves to catch excess moisture dripping down, and also provides a buffer zone between the composting mass and the bottom drainage hole. 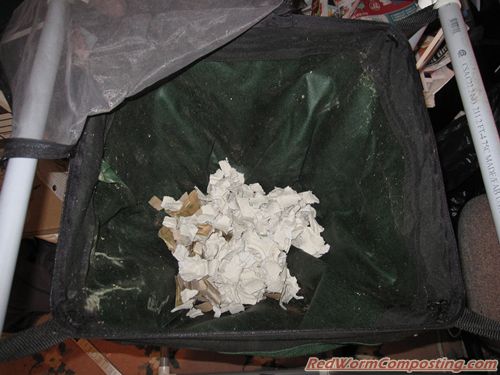 Next I added in a bunch more shredded cardboard to serve as bedding in the worm zone, before… 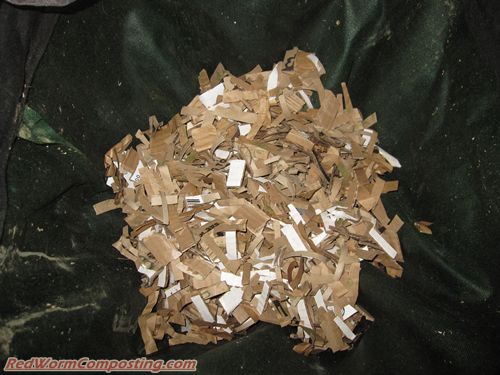 …adding quite a bit of food waste. Unlike the Worm Factory 360 this is a single compartment flow-through system, so you can start off with more material. The aeration is also very good so I’m not too concerned. As you can see, I didn’t really do all that much in the way of chopping/shredding etc. This bag of waste has been sitting around for quite some time so I didn’t really want to get goo and rot all over my hands (haha) – plus I’m just generally taking a laid back approach since I’m not starting with a huge quantity of worms. 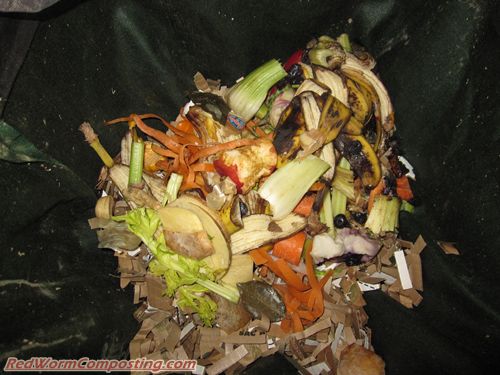 I then added some of my trusty rock dust and mixed everything up while spraying it down thoroughly with my spray bottle. 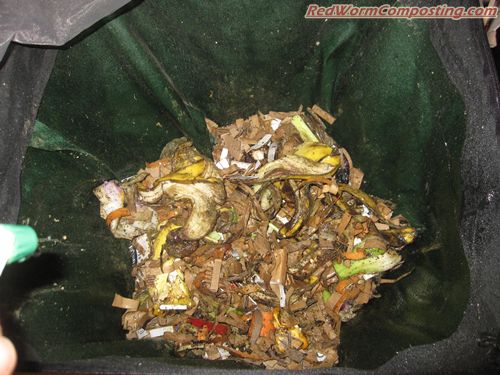 I used the same worm stocking approach as with the Worm Factory 360 – I basically just added worm-rich material from another system. I mixed this in with the rest of the composting zone materials then thoroughly watered everything (used my entire spray bottle). 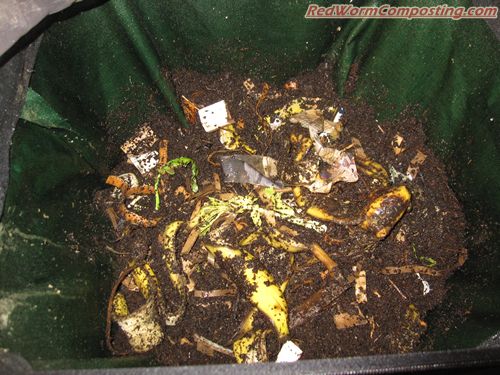 Lastly, I topped everything off with a fairly thick layer of shredded newsprint (first layer was actually moistened – but rest of it was left dry). This will hopefully help to keep in some of the moisture. 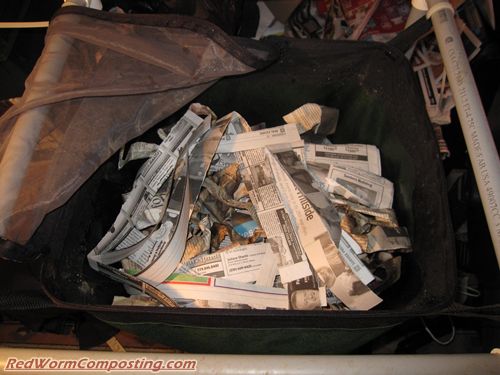 That’s basically it. As is the case with the WF-360 system, now I’ll simply let everything sit and mellow out for awhile (at least a week). Will keep everyone posted!
8)