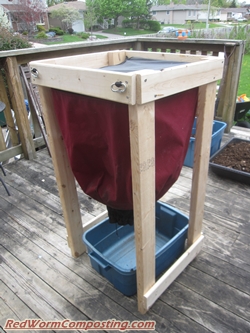 In this second installment of my “Worm Inn Mega Re-Boot” series I want to talk about the actual stand building process.

As mentioned in another post (see “Worm Inn Mega Wooden Stand“), my plan had been to use Blake Ketchum’s design (a building manual is available to all those who purchase the Mega from RWC), and that’s exactly what I did. There were a couple of changes made (which will be discussed here), but all in all we stuck to the plans as they are laid out by Blake.

It’s no secret that I am NOT a DIYer. Even something as basic as this wooden stand had me feeling apprehensive. I am happy to report, though, that the actual building process ended up being a walk in the park. So easy in fact, that I’ve decided to build another one, and to set up a second Worm Inn Mega system (but we’ll get to that a bit later). I am confident that pretty well anyone could build this stand – especially with a helper (as per usual, my dad provided some assistance).

One nice bonus right out of the starting gates was the recommendation, from the guy at the lumber yard, to use spruce instead of pine. I’m not sure that this would be the case in all locations, but up here in Ontario it seems to be a MUCH cheaper wood. What’s hilarious is the fact that the screws ended up costing more than the wood! lol
I don’t have the exact total for the stand calculated, but it definitely would have been less than $30 CAD.

Here are a couple of key changes we made (from Blake’s plans): 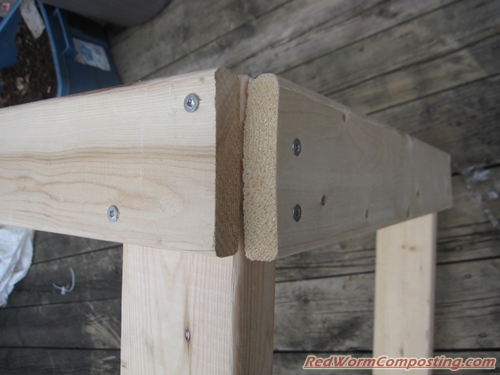 I really LOVE Blake’s suggestion to use carbiners or “u-bolts” – although I am pretty sure the latter should actually be “quick links”, since that’s what she has shown in her photos. We used quick links, and they are fantastic! So nice to have a way of remove and re-attach the Inn to/from the stand over and over again (as compared to cutting zip ties and using new ones each time you set up the system again). 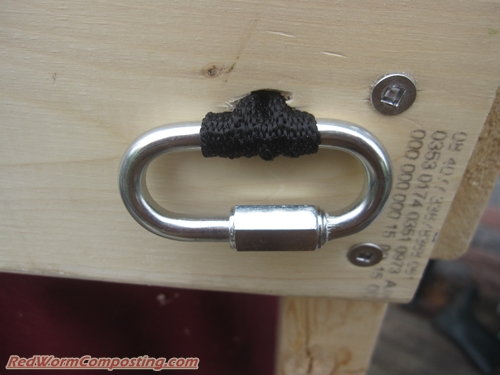 As touched on earlier, I was so pleased with the easy building process (and with the final result), that I’ve decided to build another wooden stand and to set up a second Worm Inn Mega. I definitely DON’T have much room for another Worm Inn down in my basement – but I am going to move some things around in order to make it happen!

Stay tuned for my 3rd (and final) installment in the “Worm Inn Mega Re-Boot” series. I will talk about setting the original Mega again (and maybe even the new one if I end up getting the stand built between now and then), along with my Mega project plans in general.
😎