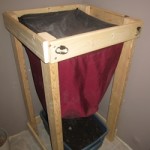 Rather than putting together a monster update, I figured it would make more sense to break it into 2 or 3 parts instead.

Today I will be sharing information about the dismantling and cleaning out process.

Obviously, the first thing I needed to do was remove most of the material from the Mega. I`m not sure what the final weight was – but it was definitely HEAVY. Even if it was a weight I could have managed (very unlikely), just trying to maneuver the entire set-up would have undoubtedly resulted in the PVC stand falling apart.

I started by transferring ALL the upper bedding material from the Mega to a bucket – this would definitely be getting used again in the new system (more on that in an upcoming post). 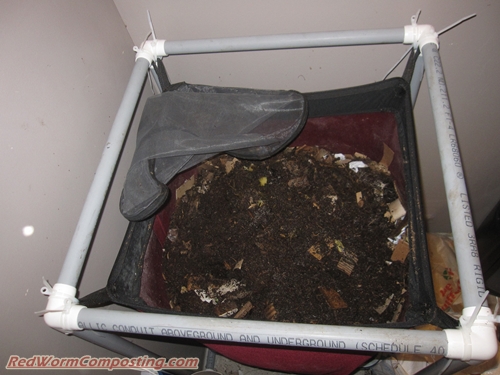 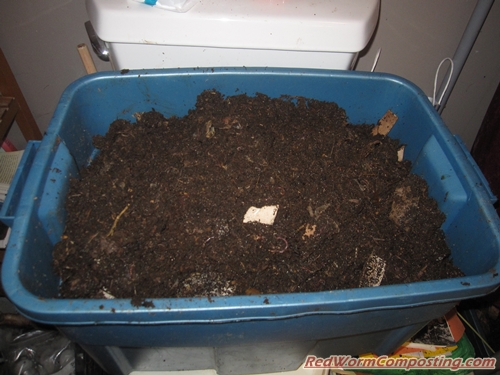 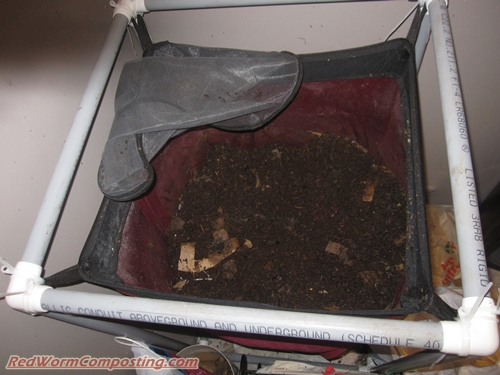 Eventually I ended up with a sink-hole. lol
I guess I harvested (a couple of weeks ago) more vermicompost from the bottom than I had thought! 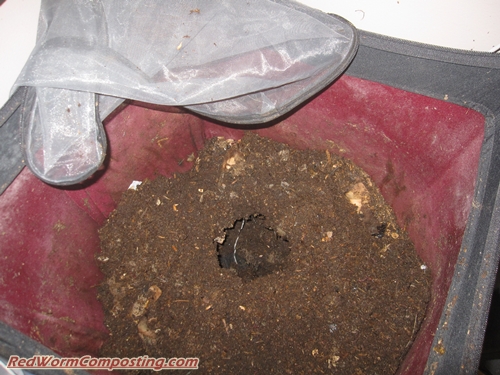 What`s interesting is that, while there was some fairly dry, compacted material around the outer edges (removed as fairly large chunks like the one in the image below), this system didn`t have the same sort of dry, hardened outer shell that my past Worm Inns (regular models) have had. It definitely seems to have retained moisture more easily – and I guess that makes sense given the much larger volume. 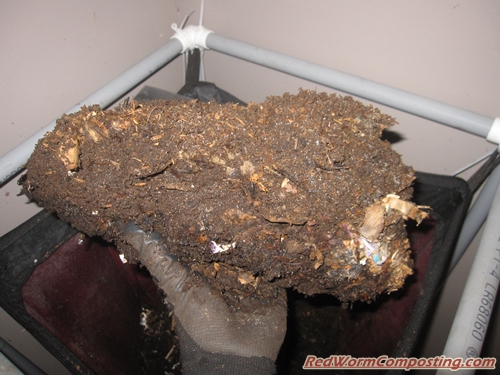 Once I had completely removed all the remaining material, it was time to take everything outside. As you can see in the second image below, there was definitely some staining, as well as some mildew growth on the sides. The location down in the corner of a cool, humid basement helps to explain the latter – along with the fact that the system was hanging out pretty low with the PVC stand. It will be interesting to see if the increased air flow with the new stand (which is taller) will make a difference. 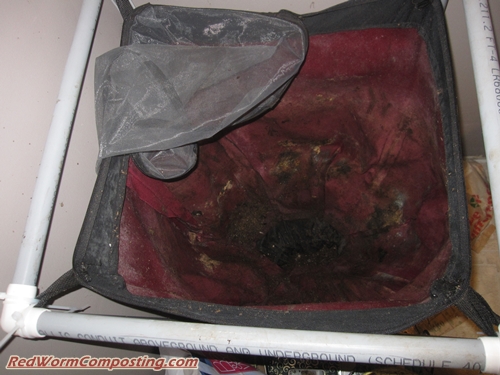 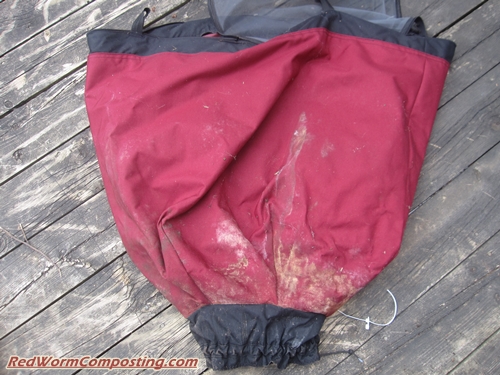 As touched on in my last update, I was REALLY hoping to come up with at least a decent estimate of the total worm biomass in the system. Unfortunately, I just didn`t end up having enough time. I did, however, add most of the worm-rich zone to a tray and then concentrated the worms a bit further before recording a quick video (no commentary for this one). So, you can (hopefully) at least get a sense for how many worms were in there.

In all honesty, I don`t think the worm weight would have been more than 3 lb (I could be wrong, though) – but the sheer numbers of worms was unbelievable!