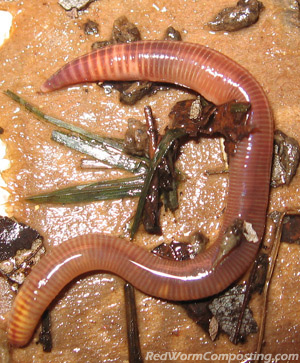 Happy New Year everyone! As you can probably tell, I didn’t have as much time for blogging as I would have liked over the holidays. I definitely want to get the new year off to a good start though. And what better way, than with a worm sale??
😉

Before Christmas we had our ‘Christmas Red Worm Shipping Sale’, so it’s only fitting that we hold a sale for the European Nightcrawlers as well. If you are in a hurry, feel free to check out the worm sales page for updated Euro pricing (down below the Red Worm section), otherwise you are more than welcome to stick around for more info below.

Similar to the first sale, this one is all about greatly reduced shipping costs – in fact (unlike the previous sale), this time around you pay no shipping on 1 lb of Euros, and we actually pay YOU for the shipping on 2-5 lb orders! In other words, if you’ve been thinking about ordering some European Nightcrawlers, now is definitely a great time to do so. [NOTE: Unfortunately, I couldn’t actually use negative shipping rates when setting up the Paypal order buttons, so you will see the reduced price with zero shipping once you click-through]

As per usual, apart from excellent worms (with the usual guarantee), you are also getting full (and fast) customer support for as long as you need it!

For those of you not all that familiar with the European Nightcrawler (Eisenia hortensis), these are the larger cousin of the Red (Wiggler) Worm (Eisenia fetida). They are also know as ‘Belgian Nightcrawler’, ‘Euros’, or ‘ENCs’. Don’t let the name fool you though – they are definitely NOT the same thing as ‘Canadian Nightcrawlers’ (Lumbricus terrestris), which are also originally from Europe.

Like the Canadian Nightcrawler, the Euro is much better suited as a bait worm or food worm for larger creatures (fish, reptiles, birds etc) than Red Worms. Unlike CNC’s however, Euros can easily be raised and bred in an indoor ‘worm bin’. Many fishermen who have used them as bait would also likely suggest that they are a superior bait worm (to both Reds and CNCs) since, they are not too big or too small – they are just right!
🙂

By the way, my supplier has informed me that these particular Euros are somewhat smaller than some (since grown in high densities) – but this simply means you will likely get more worms per pound! Once they are in a ‘regular’ home system, you should see them increase in size to their normal maximum range (obviously assuming the proper set up of you system etc).

Academic research has suggested that they grow and reproduce much more slowly than Red Worms, but after growing them for a year myself I’m not so sure about this. As mentioned in a recent post, I started up a second Worm Inn using only European Nightcrawlers. While I haven’t really had the opportunity to determine their effectiveness in this type of system, I have been amazed by the number of cocoons and baby Euros I’ve been finding – quite surprising given how recently the bin they were transferred from was set up. I am hoping to set up a small experiment soon to compare growth and reproduction rates in Euros and Reds (yeah, I know I’ve mentioned this before – haha!).

Some may wonder if Euros and Red Worms can be mixed together in a worm bed. While this is certainly ok (they won’t harm one another), over time you may find that the Reds gradually outcompete the Euros – plus it will be a real pain if you ever want to separate them. On the positive side, when Reds and Euros are in the same system, you may notice that the Euros tend to stay down below where the moisture content is highest, while the Reds are closer to the surface. In other words, there may be an increased chance of processing all the waste materials added to the system.

Like Red Worm castings, those produced by Euros are exceptional for plant growth promotion – you might even want to try out this species in a vermicomposting trench running next to your garden(s). I haven’t tested them out in this capacity yet myself (hope to do so this spring), but I suspect that they would be better adapted (than Reds) for life in a partial-soil system.

Getting Back to the Euro sale…

Once again, be sure to check out our worm sales page for the updated pricing (below the Red Worm section).
The Euro Shipping Sale will run from Monday, January 5th to Sunday January 24th

If you have any questions/concerns etc, don’t hesitate to get in touch!