Just a quick update regarding my new(ish) 4 Worm Reproduction Experiment. I decided to check on the systems yesterday evening (Day 70) – and it really hit home that these systems were in serious need of an upgrade. Yes, it’s pretty clear that I’m going to easily disprove the myth about a Red Worm population only doubling in 90 days – but when it comes down to it I’ve definitely been throttling the true population growth potential by keeping these worms in tiny sour cream tubs.

As you can see in the images below, the volume of material in all systems had decreased a fair bit, and things were getting pretty dry up near the top. This was particularly pronounced in the cardboard treatment (3rd image down). 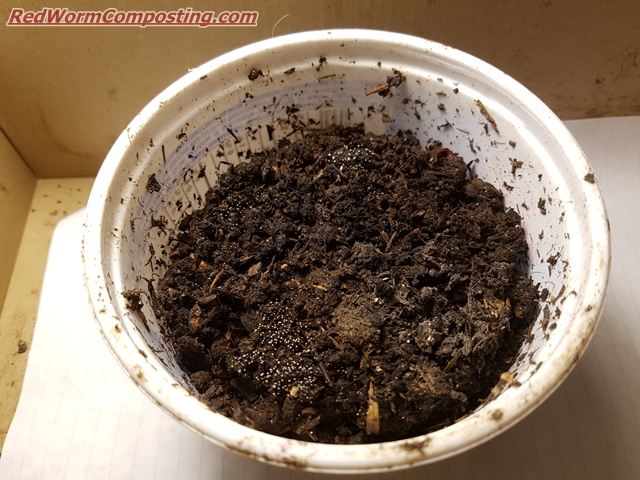 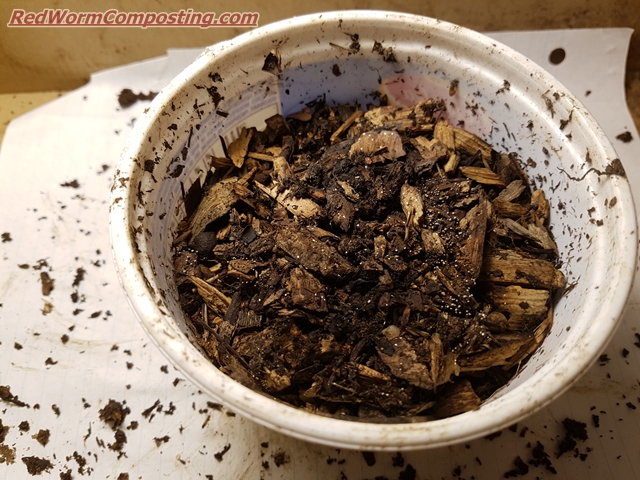 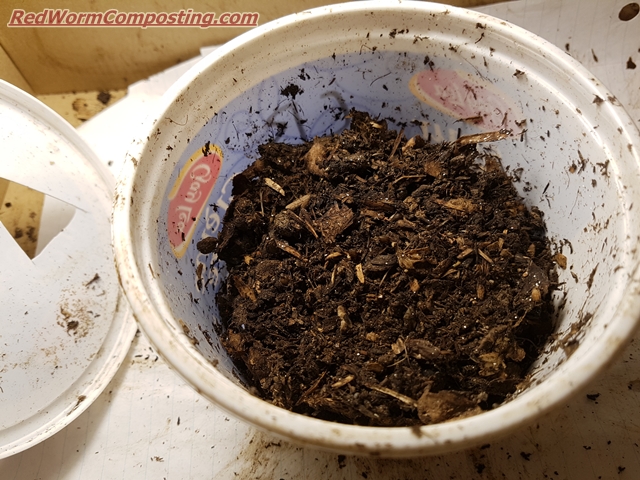 That being said, the worms in all the systems still seemed to be doing OK. I didn’t do any official counts, but I think most (if not all) of the original breeder worms are alive – and there are plenty of young worms as well.

I had hoped that it would be easier to do counts at this point – but a lot of the worms still seem to be “hatchling” size. I’m sure this is at least partially due to the living conditions.

In an effort to help the worms out a bit, I decided to transfer the contents of the sour cream containers into larger yogurt containers. I then topped each bin up with a moistened bedding/food mix I’ve been experimenting with. 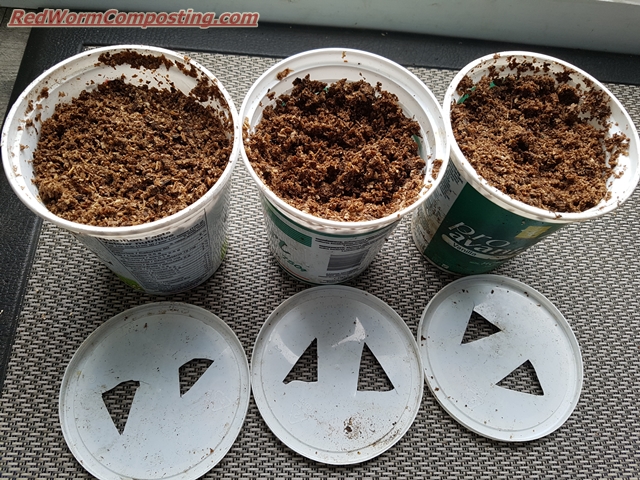 Day 90 is on March 18 so I will aim to do a more thorough assessment of the systems some time around then. Rather than continue on with these same tubs, I am thinking I’d like to start over again – this time trying different sized (larger) containers. I think it will be really interesting to see how fast a population can grow – again starting with only 4 worms – when there are fewer contraints.