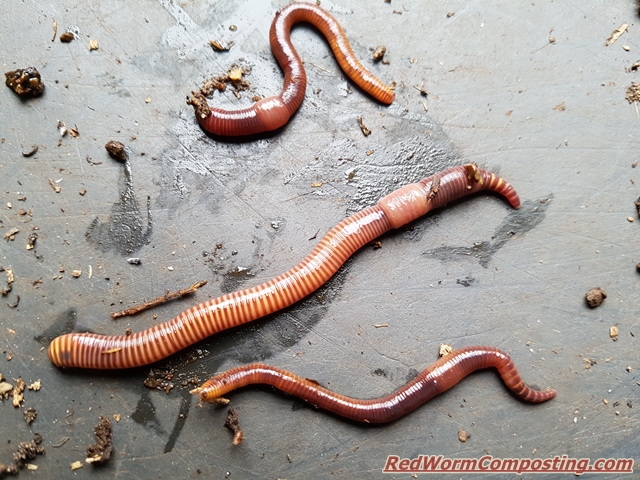 A recent discussion in a Facebook group about distinguishing European Nightcrawlers (Eisenia hortensis; sometimes Dendrobaena sp) from Red Worms (Eisenia fetida/andrei) reminded me that this is something a lot of people wonder about. So I thought I would take some pictures (now that I finally have Euros!) and share what I feel are some of the key differences.

** SIZE **
As you can see in the first image, Euros are typically quite a bit bigger than Red Worms. This alone isn’t necessarily proof that you have these worms – I’ve certainly seen some Reds as big as small Euros – but it’s a good place to start.

[SIDENOTE: The Red Worms you see in the image are from my “Insurance Bin” experiment (where they suffered from neglect and ended up very small) – just goes to show that these worms can bounce back to “normal” size quite quickly/easily.]

** BODY SHAPE **
Spend enough time with both of these worms and you should definitely start noticing some fairly obvious differences in their overall body shape. Trying to explain these differences can sound a bit wishy washy, but let me give it a shot.

Euros tend to be distinctly fat and quite cylindrical from tip to tail – and the tail itself tends to have more of a rounded appearance about it. Red Worms, on the other hand, tend to be fatter in the head region but then usually taper towards the tail. And the tail tip has more of a conical appearance. One thing you may notice with the fatter specimens (that resemble Euros) is that the tail region tends to be somewhat flattened – almost floppy. Euros tend to have more of a solid, almost “muscular” look and feel. 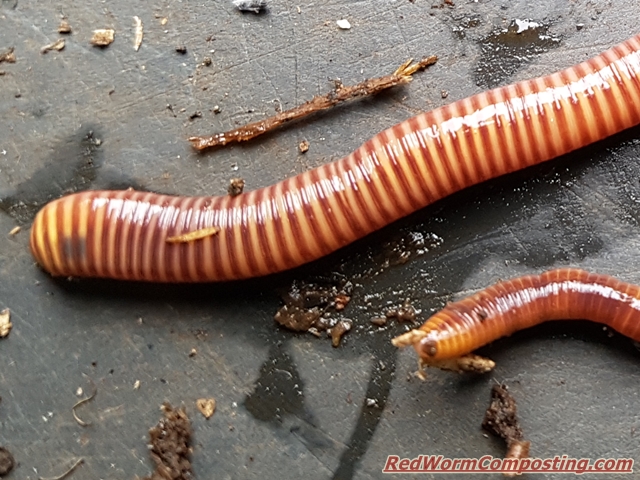 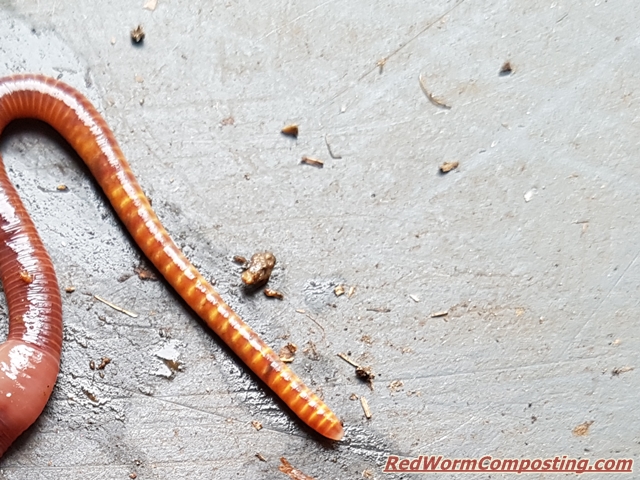 ** COLORATION/STRIPING **
In my experience, Euros have more of a brownish tone versus the more vibrant reds and oranges of Red Worms – and the banding tends to be more distinct (there can be exceptions to this however – we’ll come back to this). In Euros the dark bands tend to be similar in size to the light bans – and the latter seem to be closer to “cream” or even light pinkish, whereas with Reds you see a lot more orange and yellow.

The underside of these worms can be a give-away as well. Euros tend to have a uniform creamy/pinkish coloration all the way down, while Reds have a darker grayish tone and a distinct yellow tail tip region (can be some yellowish tones on upper tail tip of Euros but tend not to be nearly as pronounced as in Red Worms). 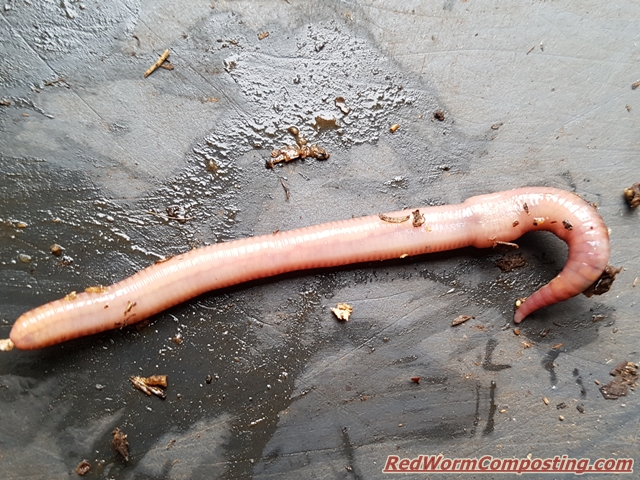 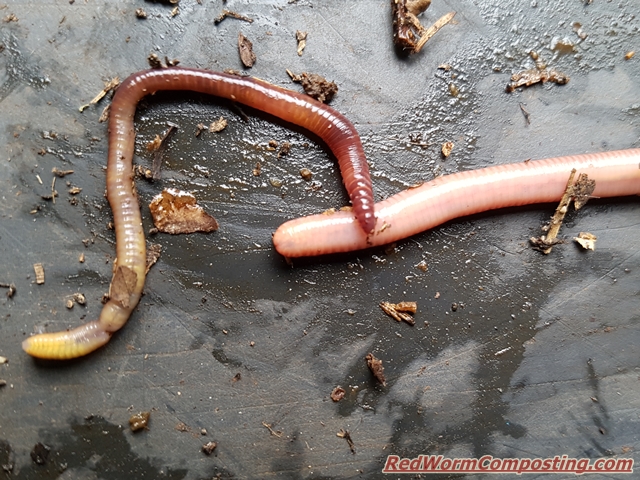 I mentioned earlier that the banding isn’t always a good feature to rely on. Some Red Worms actually have very distinct banding. It has been suggested that it is Eisenia fetida in particular that exhibits this (hence one of their common names – “Tiger Worms”), while Eisenia andrei tends to have a darker coloration with banding that is much less obvious. I tend to agree with this – but there is still plenty of uncertainty and debate.

Bottom-line, if you assess your worms based on all 3 key areas of distinction you should be able to tell them apart – especially once you get a bit of practice.