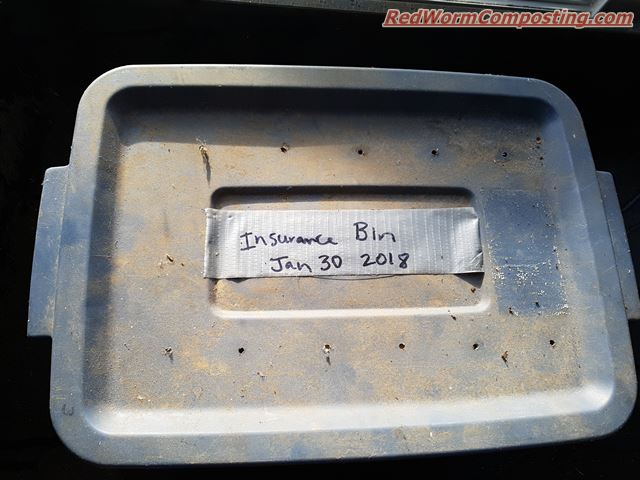 I’ve known for a long time – largely thanks to all the bins I’ve neglected over the years (lol) – that a population of worms can be sustained on bedding alone for months on end. This by itself is pretty cool, since it means you really don’t need to try so hard to “take care of” the worms all the time (and in fact – too much of that “caring” can actually get you in trouble). But I saw even more potential in the form of what I’ve referred to as “Insurance Bins”.

The basic idea – set up a pretty typical (but usually smaller-sized) plastic tub worm bin with lots of bedding, a modest amount of food, and of course some worms (you don’t need a lot). Maybe feed it once or twice more before leaving it completely alone (other than maybe adding a bit more bedding here and there, maintaining moisture etc).

This type of completely-low-maintenance system – that should be kept indoors – ensures you will always have a back-up culture of composting worms, in case anything happens to your main system(s). I also see it as a great opportunity, especially for new vermicomposters, to see just how hassle-free indoor vermicomposting can be!

With all this in mind, I decided to establish an “official” proof-of-concept by getting one of these bins set up for myself just over one year ago (as I type this), and then just letting it chug along for months on end, with very little help from me.

Originally, I thought that 6 months would be more than enough time for testing the concept, since most people would only really need these backup systems during more challenging times of year (which generally won’t last more than 4 or 5 months at a time). But once I reached that milestone – and saw that the system was doing just fine – I decided to leave it running for even longer.

A few months later, it was a somewhat different story…

The worms had processed most of the cardboard bedding, and finally seemed like they were suffering from malnutrition.

But rather than toss in the towel, I figured I would instead “cheat” a little (not even really cheating as far as the intended concept goes) by adding more bedding and a wood chip mix that likely had some microbes for the worms to feed on. I really wanted to take the experiment all the way to the 1 year mark!

And as you can likely guess by now (lol), we made it!

The additional bedding and semi-food helped to perk the worms up a fair bit in the weeks following my last update. They certainly didn’t get fat by any means, but many of them seemed to get their “healthy color” back.

Unlike the cardboard, the wood chip mix doesn’t really get processed (other than the tiny fragments of leaves etc), so there wasn’t quite so much settling. 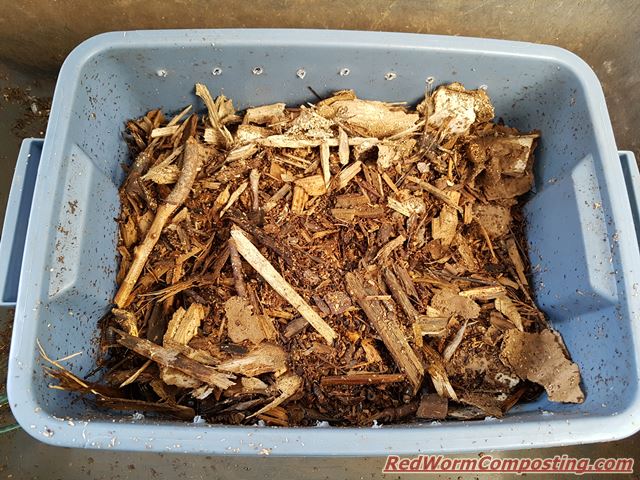 As expected, most of the worms were quite small (even by Red Worm standards) – but the good news is that there were loads of them in the bin! Interestingly, I wasn’t able to locate even a single cocoon. I’m sure this just comes down to lack of nutrition (and we’ll come back to this in a minute when I offer a more “realistic” suggestion for how to keep one of these bins thriving for extended periods). 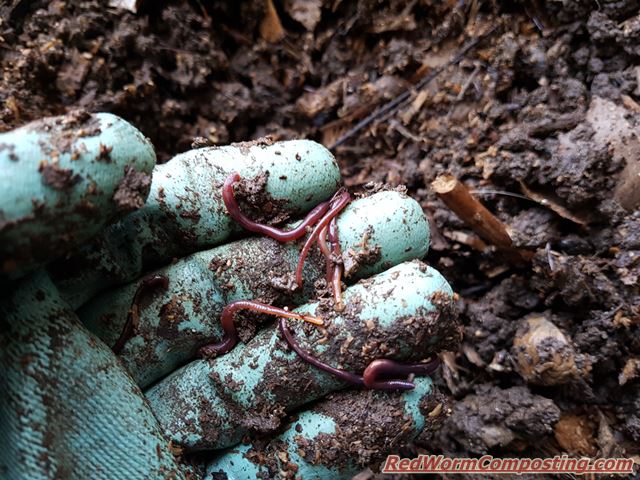 I dumped the contents of the bin into a mortar tray to loosen everything up and let it dry out a little bit. My original intention was to perform a “light harvesting” to concentrate the worms. Realizing it would likely end up taking a long time (days in fact, given how moist the material was), I opted instead to remove some of older vermicompost (if you can call it that) and then split the rest between two new bins.

Each of these new systems received a large helping of a new “homemade manure” mix I recently made, along with some sliced frozen-then-thawed carrots, a little chick starter feed, and some cover bedding. 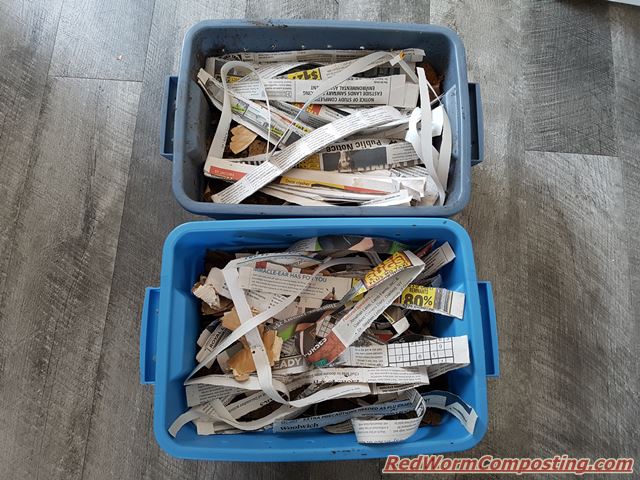 I’ll be very interested to see how quickly the worms bounce back in these new bins – and will aim to provide an update later in the month.

For those of you who might be thinking of testing out your own Insurance Bin, my only suggestion would be add a light feeding every now and again. Even one or two morsels of fruit/veggie waste every month or so (again, I DO suggest some reasonable feeding early on to get the system going) would likely make a huge difference.

With very light periodic feeding you will enjoy increased productivity and better worm health – but without giving up the “hassle-free” perks of this type of system!
😎