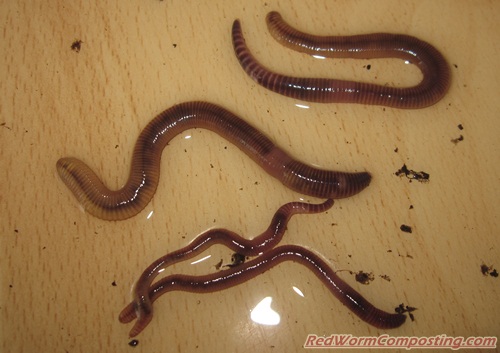 It’s been quite some time since my last RWC “experiment” (I use the term fairly loosely! lol), so I decided this was the week to get back in action! Rather than setting up something big and involved, I figure it makes a lot more sense to go with a K.I.S.S approach this time around!

As the title indicates, this is going to be a follow-up to my “Euros vs Reds Head to Head Challenge“. This time – rather than comparing populations in two separate systems – I am going to put 2-3 adults of each species in the same bin and see how things develop over time.

Today I got the bin set up with some shredded cardboard and frozen food waste. I’m letting the system age for about a week, so I wasn’t too concerned about creating the ideal worm habitat. I basically just tossed in the dry cardboard and food waste, watered everything well, and put a lid on it! 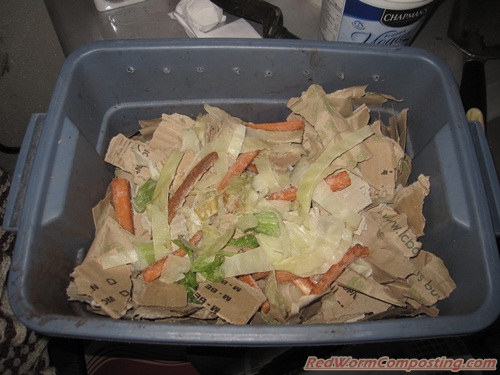 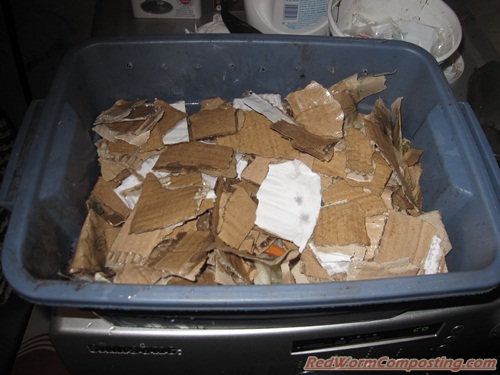 Between now and when the worms are added, there will certainly be some “tweaking” (lol). I’ll mix things up really well, likely add even more bedding – and perhaps some “living material” as well.

As some of you may recall, the Euros seemed to do much better than the Reds in the last experiment. This time around I’ll be using the same number of each worm, and they will be in the same bin so I think it will provide a bit more of an accurate “head to head” comparison!