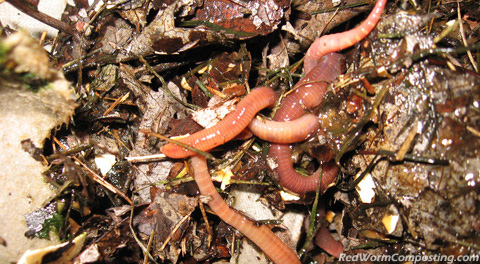 The ‘Four Worm Reproduction Experiment‘ was officially started back on December 12th so I figured it was time for an update. As such, today I decided to dig around in the new system to see how things have been progressing.

If you have been following along you may recall that I decided to use my new wooden stacking worm bin for the experiment. It is a pretty cool system but as I discovered today it DOES require a little more attention than one of my typical rubber tub bins. One of the advantages of the system is that it is incredibly well aerated – wood itself tends to ‘breathe’ more than plastic, but the trays are also very shallow and have mesh bottoms. This advantage can be a double-edged sword however since it becomes much more important to monitor moisture levels on a regular basis.

When I first started it up I made sure to spray the bedding with water on a regular basis, but given our recent holiday activities away from home earlier this week (visiting with relatives for a few days) it has been more difficult to keep on top of it. I was at least happy to see a fairly moist core zone where I had added vegetable scraps last week, but much of the tray (including the newspaper liner at the bottom) was bone dry. Thankfully I was still able to find all four worms and was happy to see that they actually look quite healthy (bigger than when I added them).

I was hoping to find some cocoons, but given the conditions in the bin I can’t say I was too surprised that I was not able to locate any yet. I thoroughly sprayed down the contents of the tray (after adding some absorbent shredded cardboard) and will get back to a more regular watering schedule. Hopefully we’ll see some new additions (babies) to the system before too long!