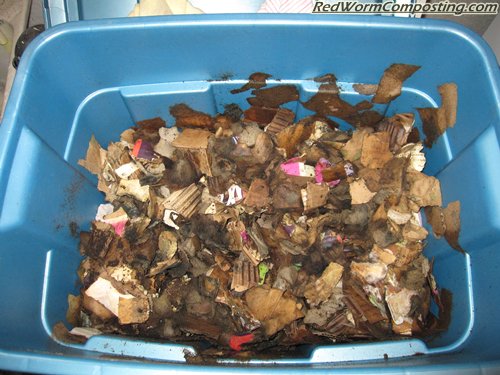 It’s been quite some time since I provided a “Four Worm Reproduction Experiment” update (in fact – the last time I wrote about it was when I added the worms at the beginning of January). There isn’t really anything exciting to report on, but at least this way you get a status report.

Something that occurred to me today (as I was digging around in the bin, trying to locate the worms) is the fact that choosing such a large bin might not have been such a bright idea, since it is almost certainly impeding the development of the worm population.

Despite digging around for a while, I was only able to located one or two worms (still not sure if it was the same one twice), and found no cocoons at all. It is safe to say that the worms have reached adulthood by now, but I just don’t think they are having a very easy time locating one another. 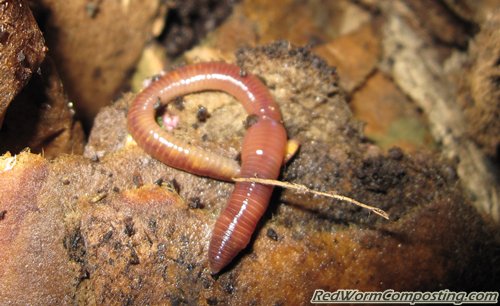 I still haven’t added any more food to the system since setting it up. I may do so fairly soon though since there is very little in the way of recognizable food waste left in the bin.

I’ll likely start looking for cocoons a bit more often now that I know that the worms are mature. I will also see if I can confirm that all four worms are still present in the system as well.