Time flies when you are having fun. It’s been well over a month since my last World’s Smallest Worm Bin update!

I checked on the system the other day and also realized that today was going to be “Day 50” (Day 0 was Oct. 30 in case you are curious). So, I figured it would be a great day for a blog update.
😎

The good news is that in spite of the system receiving very little attention, things are coming along nicely. There was no sign of food, and the worms have clearly been working away on the shredded cardboard. 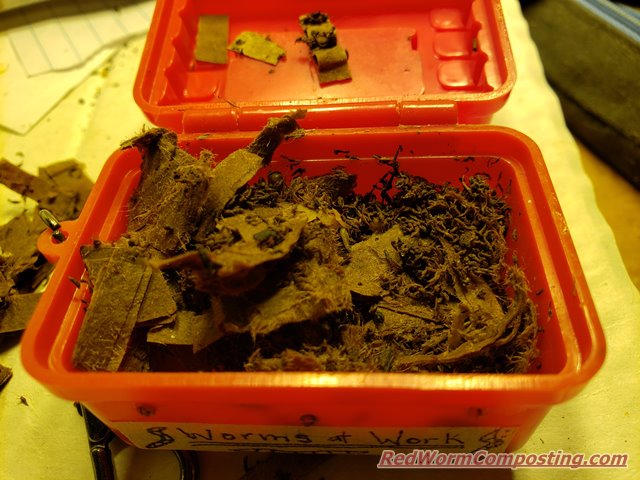 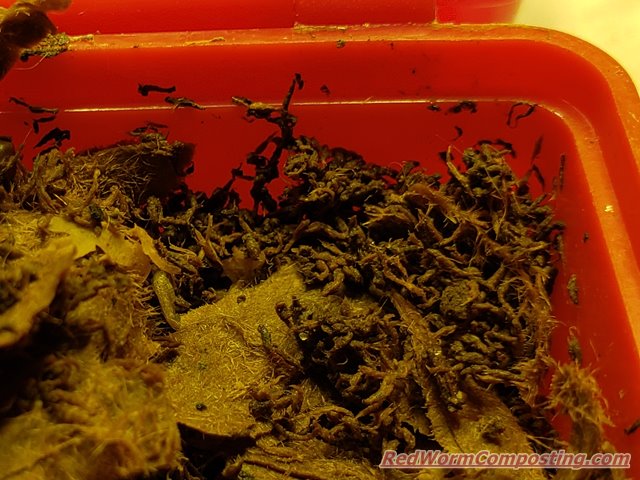 I was only able to find one cocoon that looks like it might still be viable – two that were clearly empty. All told, I found 9 small Red Worms.

The next shot (even with terrible lighting) should give you an idea of how big the worms are. This was likely the biggest of the bunch.

I have a lot of leftover kale from a big harvest earlier in the fall, and I’ve been drying some of it out to use as a worm bin supplement. I sprinkled some in the middle zone, and another layer at the very top. I also watered everything thoroughly. 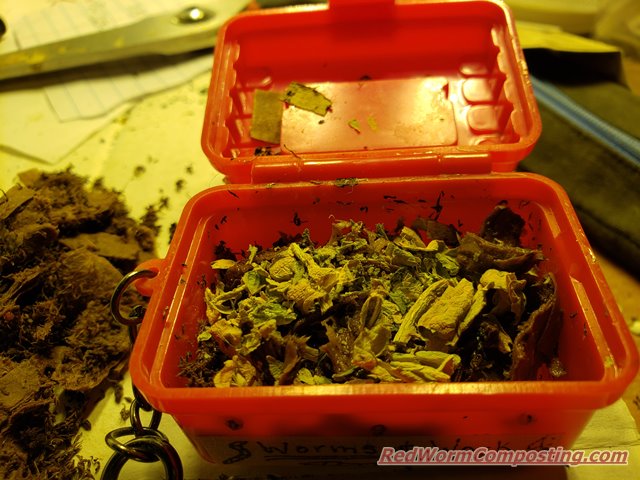 It will be really interesting to see how things develop over the next month or two. Red Worms can mature in about 6 weeks, and at least one of the worms is that age or older. My hunch is they will continue to look immature, but the appearance of new cocoons will be a clear indication that some worms have reached sexual maturity.