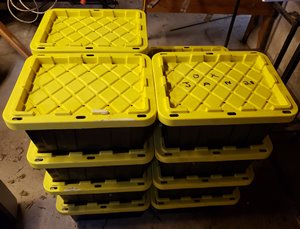 It was around this time two years ago that I was in the middle of my “Tiny Tub” project – a series of experiments to see what sort of cocoon production I could achieve in small plastic containers (eg. sour cream and yogurt tubs). So, it seems only fitting that I’ve started a brand new project with a similar scope!

This time around I will still only use 20 worms as my starting population – but I’m giving them quite a bit more room to spread out in. I also plan to keep the systems running well beyond the usual 21 days (used for my tiny tubs).

Let’s just say I’m a wee bit obsessed with Red Worm population growth and leave it at that (for now)!
😉

For the sake of keeping things manageable I am only setting up one bin at a time. The one major downside of these types of experiments is that they can end up being very time consuming.

As you may have guessed, my bin of choice is the same 5 gal HDX tubs I’m using for my “set-it-and-forget-it” systems. These are still very small by “worm bin” standards but, according to my calculations, they have about 25 times more volume than a typical yogurt tub. They also let in less light, which should help as well.

My first set-up is very basic. I mixed a small quantity of shredded corrugaged cardboard with some straw and a handful of poultry feed pellets, along with enough water to moisten everything. I ended up adding some old leaves and other living material – from a yard bag that had been sitting outside for months – as well, to help kickstart microbial activity. 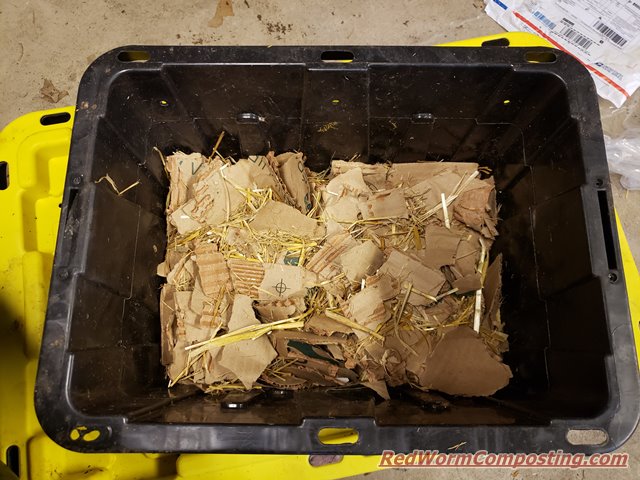 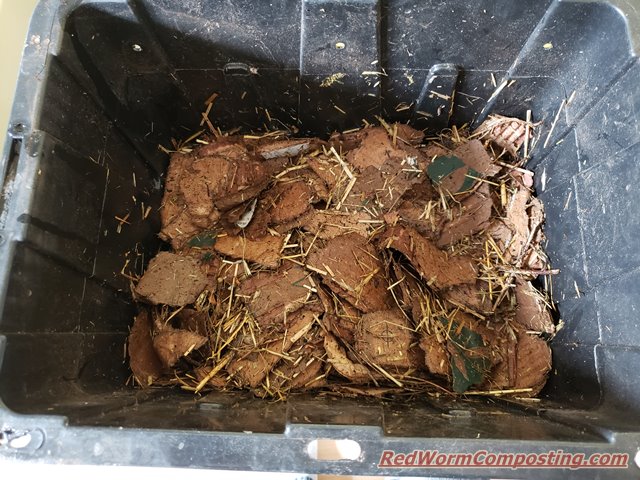 As was the case with the Tiny Tubs, the 20 worms selected were all “breeders” (obvious clitellum).

>> How cocoon production will compare with the Tiny Tubs.

Using a conservative “2 cocoons per worm per week” and “2 hatchlings per cocoon” in my handy dandy Red Worm population growth estimator I end up with 660 worms after 12 weeks – or a 33-fold increase. I can’t wait to see how the actual numbers compare to that!

I don’t have any specific plans as far as feeding goes – other than to make sure the worms have ample nutrition all the way along. It will likely be kitchen scraps, supplemented with some poultry feed for the most part. Speaking of which – earlier today I added a couple of apple cores to give the worms some options other than the poultry feed added during set-up.

So far the worms seem to be hanging out all around the edges of the bin, but – interestingly enough – most of them seem to be congregated together in one particular zone. Always cool to see how easily they find one another.