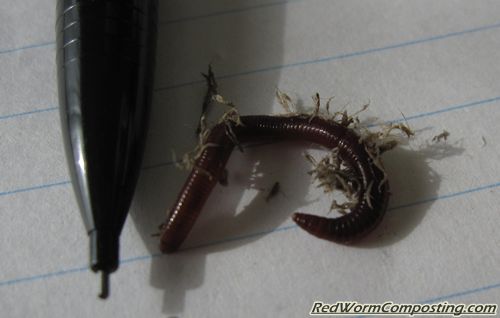 I’m sure that many of you had written off my first worm cocoon hatching experiment as a “goner”. Yet another of Bentley’s hair-brained experiments that had fallen off the tracks, never to be written about again!
😆

Well, we were pretty close to reaching that point -that’s for sure! But something possessed me to sort through the bins this morning (and it certainly wasn’t an abundance of free time on my hands! haha) – in hindsight I’m really glad that I did though! I hate leaving loose ends, and of course it’s always nice to get at least a few “results”.

My last update was almost exactly two months ago today (anyone still doubting the power of the “worm clock”? haha) – see “Worm Cocoon Hatching Experiment-06-02-10“. I didn’t really give it much thought as I was counting the worms today (likely due to the fact that I couldn’t really remember what I found last time), but it’s interesting to see how things have changed since then!

Right off the bat, it is important to note that there are now cocoons missing from each system (recall that we added 16 originally). This is quite surprising since the actual shell (for lack of a better word) seems to be quite resistant to breakdown (and I was not able to find any that seemed partially broken down). In case you are thinking this may come down to negligence on my part, let me assured you that I literally went over each piece of cardboard and any remaining debris with a fine toothed comb (ok, it was actually a fine metal probe – haha)!

Another obvious observation is the fact that a lot more worms hatched out after my last update. No surprises there. It IS interesting to see the difference between the cardboard-only and cardboard-cantaloupe treatments – don’t think I’d be so bold as to suggest that there is a “significant” difference (since we’d need to conduct and analyze this experiment in a much more scientifically-rigorous manner), but it does look as though the presence of a good food source (even in small quantities) may influence hatching rates. Other possibilities could include higher mortality in the cardboard-only bins (not an unreasonable idea since I found at least one small worm that appeared to be dead in one of the cardboard-only bins).

It’s important to mention that the cardboard-only room temperature treatment was quite dry when I opened it up – a fair bit dryer in fact than the other cardboard-only bin. I’m not sure why exactly this is, but I suspect that this contributed to the lower worm numbers there.

Worm activity, as indicated by the accumulation of cardboard castings, was clearly higher in the cantaloupe bins. I suspect this was not only due to the higher number of worms in these bins, but also the larger average size (no hard data here – just based on observation). 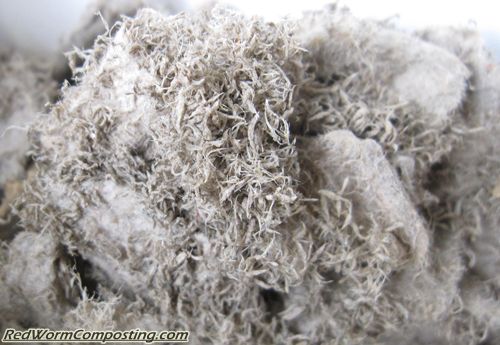 Speaking of size, as you can see (in the first picture) the largest worms were still very small! I wasn’t able to find a single mature worm, and in fact most still looked like hatchlings. 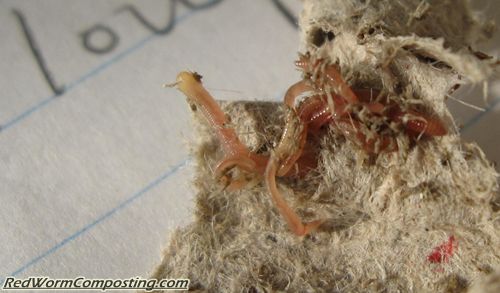 I have little doubt that this stems almost entirely from the fact that I provided the worms with so little in the way of sustenance. Even the cantaloupe bins had a pretty meagre spread for the little wormies by the time they hatched out. 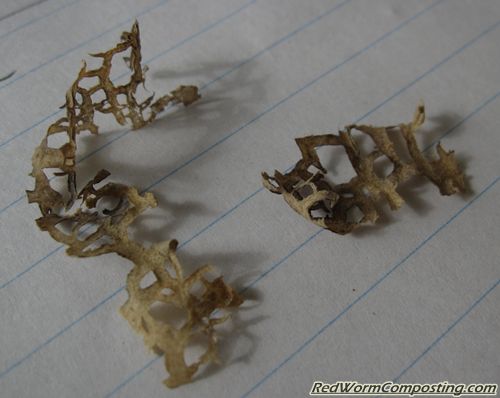 YES, in hindsight I feel really guilty for subjecting the little lad-ladies to this!! As such, I came up with a way to hopefully make the rest of their days as comfortable and food-filled as possible!

So, WHAT exactly happened to the 139 weeny wigglers once I was finished sorting through the bins?!?!

Well, Bob…I’m happy to report that all worms were whisked away on what could be only considered a wonderful and wormy “vacation of a lifetime”! Our wiggler friends were taken to the Forest Green Worm Inn Spa and Vermi-Retreat where they will enjoy sumptuous feasts (all you can eat food waste, and alpaca manure microbial buffets!), the finest of shredded cardboard and coco coir bedding – and most importantly, the opportunity to grow, prosper, and wiggle their way back to good health! With any luck, our wormy friends will also get to know each other a wee bit better (wink wink), and produce some new wormlings of their own! 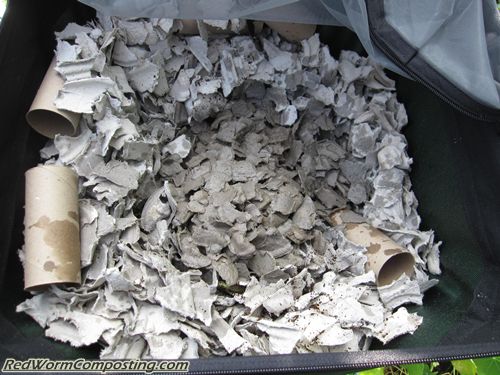