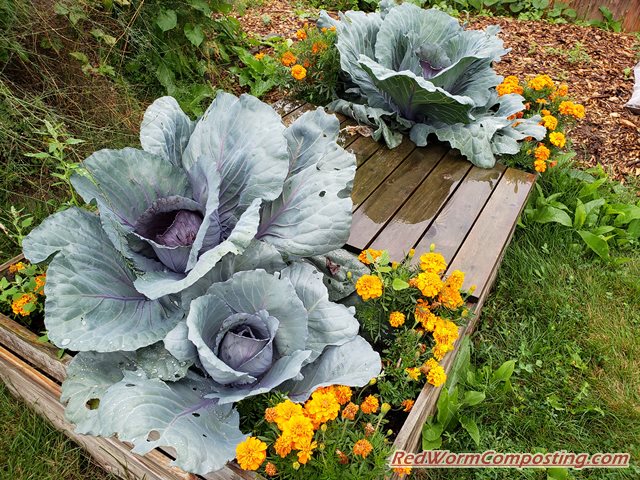 It has been a pretty quiet year on the vermicomposting planter front (and a quiet few months in general). I didn’t end up doing anything with it until quite late in the season (end of June) when we were having people over and I happened to be putting in some plants elsewhere.

On a whim I tossed in some marigolds and cabbage plants – mostly just for the sake of dressing it up a bit. Based on the results from previous seasons, I wasn’t really expecting much…but at least it looked presentable. lol

Well, as you can probably guess, the plants did surprisingly well. Even in spite of a lot of neglect during the summer.

I can count the total number of times wastes were added on one hand – mostly just green yard wastes and cucumber culls (grew far more than we could eat or share) – and watering sessions were also few and far between. 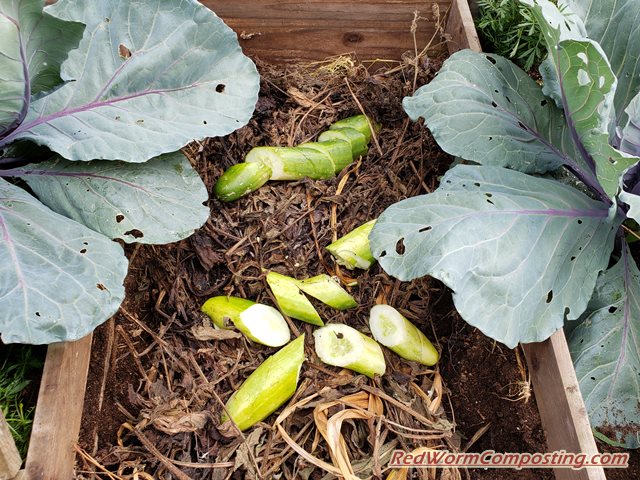 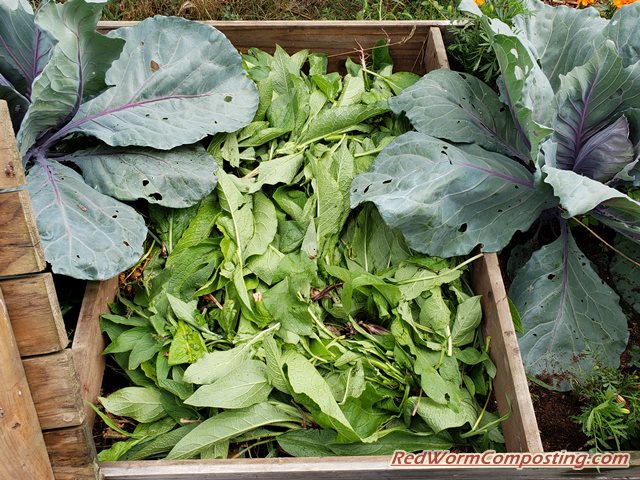 The fact that the composting compartment wasn’t cleaned out at all this spring likely helped, since there was plenty of rich material (composted wastes from previous seasons) for the plants to spread their roots to into.

Back in March I compared vermicomposting trenches to vermi-planters, making it pretty clear that I’ve been a lot more impressed with the impact trenches have had on my crop plants – but still wondering if less-demanding plants might do well in the planter.

This does indeed seem to be the case.

Here’s a pic of the nice head of red cabbage I harvested today: 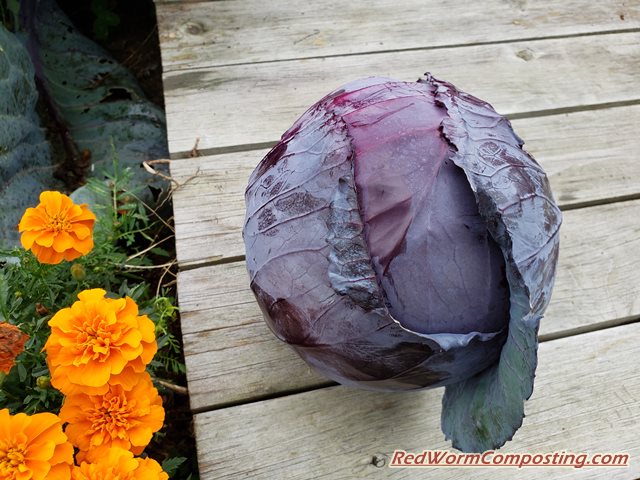 I’m very happy with my “accidental” garden overall, and I’m looking forward to taking a similar low-key approach with the planter next year. (Thinking I might try a decorative herb garden)
😎