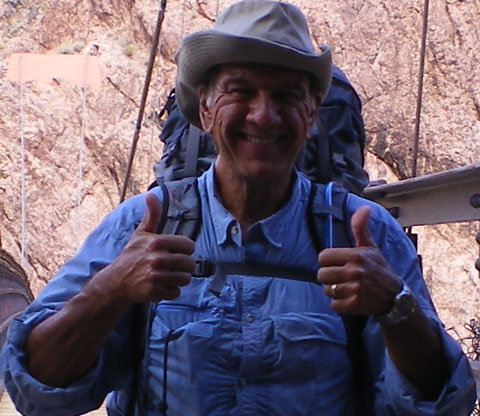 Here is the second (and final) installment of my interview with Peter Bogdanov. If you happened to miss the first half, you should definitely check it out:
Interview With Peter Bogdanov – Part I

You have published some excellent materials pertaining to the set-up and operation of a worm farming business. What are some of the key guidelines you would recommend for anyone thinking about getting into this type of business?

PB – Back in 1995 when I asked the same question to Al Cardoza who ran the best sole-prop worm business I’ve ever seen, he told me plainly, “Don’t ever start.” It’s the same answer you’d give someone contemplating taking up golf. “Save yourself a lot of grief—take up ping pong or tiddly winks.” Clive [Dr. Clive Edwards] told me once he thought someone should have about $3 million before starting out. Somehow, that reminds me of the old joke “Do you know how to end up with a small fortune in the worm business? Start with a large one.” So, since you can never be too rich or too thin, deep pockets here are certainly a critical “must.” Most businesses of any stripe that eventually fail do so primarily, so I’m told, from under-funding. I thought the answer given by Mr. Herlihy in an earlier interview you conducted was terrific. One must have a certain passion for this kind of business to ensure one’s own longevity. We always counseled folks to take things slowly in order to see if they really liked worms and playing in the dirt. The people who have seemed to survive the longest and who’ve made a living doing worms have been the ones who genuinely adore the slimy critters.

Looking forward, do you see great potential for vermicomposting/worm farming? What needs to fall into place in order for the industry to live up to its full potential (assuming you think it has any)?

PB – Oh gosh, your question reminds me of how I closed nearly every interview I conducted for our newsletter. What goes around comes around, eh? Now it’s my turn to have a look into the crystal ball. Ah yes, the future. What does it hold? Sorry, I’m not trying to be cynical, just, well, let’s say pensive (and uncomfortably evasive). I gave several good years of my life in hope that there would be somebody “out there” some day who would take the stuff we’d been producing in order to promote the enormous potential of vermiculture and then go out there and really DO IT! I’d make this comment to my wife at least once a week: “I wish there were one, JUST ONE person or group who we could take credit for, who became inspired through one of our conferences or videos or books or newsletters, and who went out there and created a tremendously successful vermiculture enterprise.”

In all sincerity, I longed for the day when I could see that someone was really making it big in the worm biz. You see, that would validate our efforts and help authenticate our message. You must remember that VermiCo was built on the premise that we’d tell the world what all the successful people in the worm industry were doing in order to become successful. VermiCo, an educational and promotional enterprise, largely exists as cheerleader for others who are out there working in the trenches. We only beat the drum. By and large, in our conferences as they grew in popularity, when it came time to speak, I would do less and less public speaking. Why? I didn’t want to be the focal point. I served largely in the capacity of facilitator and conference organizer.

The “show” was about headlining the superstars of our industry and building credibility in the message. I had nothing but deep respect for every worm worker, worm scientist and worm educator I ever met. But, as Norman Maclean said in A River Runs Through It, “Now nearly all those I loved and did not understand when I was young are gone,” so I too dearly miss all those whom I loved when I was young(er)—but now they are gone.

If you discern within this melancholy drift a subtle loss of heart, you may be right. Temporarily, the wind is out of our sails. Man, I really do wish that the “industry could live up to its full potential,” as you suggest. My cheerleader’s voice has become a little hoarse, however. Nevertheless, I’ll go to my grave as a true believer. There’s nothing to recant. It’s all true, everything we’ve said and done. We’ve based our entire business and reputation upon honesty and integrity in the message and in our products. We have thousands of satisfied customers. And there are thousands of anecdotal accounts of the benefits of vermicomposting. But I have not accomplished the one thing I’d hoped we do: Stimulate and energize a cadre of true believers through the gospel of earthworm composting to become the vanguard of financially successful entrepreneurs who would forever put to shame the corrupt worm-scam charlatans. And even if that didn’t happen, it would still be nice to know that what you’ve written or produced had some sort of positive effect on someone enough to make the world a little better place. Today I think it’s more likely to happen outside the US than within our nation.

What must ultimately happen is for there to emerge a credible spokesperson or small group willing to take on the role of active leadership for a viable industry to become established. Various attempts at creating a governing body or association have failed over the years. In our culture it’s more likely that a successful entrepreneur would possess the “instant” credibility for this kind of leadership rather than anyone who is elected. Think Bill Gates here, and not the vaunted leader of one of your community’s local lodges. We need a poster boy of success who possesses inherent leadership skills. That type of person doesn’t emerge too often. We had a shot, I thought, with Dr. [Scott] Subler a few years ago, but that’s now disappeared. The late Mary Appelhof was once the Grand Matron of our movement and Clive clearly has the academic credentials, but we’re really in need of an entrepreneurial wizard to woo the collective marketplace. Get someone like that on Oprah and we might once again get some valuable exposure. But even that won’t be enough. There’s a tremendous infrastructure of production and marketing that has yet to be built. I thought the composting industry would work with us on this, but over the years the nearly 3,500 American composting operations have collectively shown yawning interest in producing a superior product through an added phase of vermicomposting.

PB – Yes, just a couple more thoughts. First, my core observation from attending the 2000 Vermillennium was that the future of vermiculture belongs more to those outside the West than those of us who live in the world’s upper economic stratum. My visit to India in 2004 and as a USAID volunteer to Belarus in 2006 showed me that the necessity of making vermicomposting work means that it will have far greater potential to change lives in developing areas of the world than it might in the West. I was told there are some 200,000 worm farmers in India. Even if that number is a wild exaggeration, there is nevertheless some indication that there are folks in India who desperately need vermiculture to work for them and they are risking their lives on it. That’s a kind of commitment rarely seen in our culture. When necessity becomes the mother of invention then good things tend to happen as a result.

Finally, I’d just like to say that for all the ups and downs of our own earthworm ride, it has been an incredibly joyous adventure. I’ve loved every part of it. Sure, we’ve suffered a little along with some others—our business is perhaps 20% of what it once was—but we have much for which to be thankful. My life today has never been better! I’m doing things with my kids and grandkids and wife of 35 years that are utterly fantastic. I have a wonderful community of friends and associates who live life together to the fullest. VermiCo has taught me a lot, but there’s a whole lot more to life than business. I have discovered more about myself and found more personal joy in the past few years than ever before. I hope each reader will find his or her own place in a much Bigger Story that is yet waiting. You know, there is always more. Whenever I’m stuck (and I’ve spent many years feeling I was somehow deeply “stuck”) I remember that there’s Someone there bidding me to go on and experience the more that’s waiting for me. Bon voyage.

I just want to take the opportunity to once again thank Peter for taking the time (quite a bit of time, judging by the length of the answers!) to share his worm wisdom with our readers!