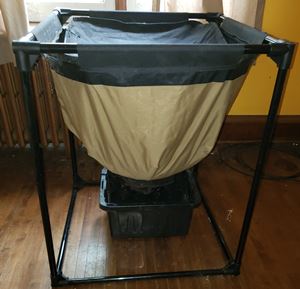 Back at the beginning of August I wrote about a new Urban Worm Bag project I had recently started up at my dad’s place (where most of my indoor systems are currently kept).

As can sometimes be the case, it was a pretty slow – and somewhat unconventional – beginning…and not without some early hassles.

On the first day of set-up I was short on time and available food supply, so I simply added a bunch of weeds and dry poultry feed pellets (after my usual UWB “false bottom” installation, of course). The idea was that I could at least get the decomposition process started – and then I would add the worms (Euros in this case) at some later time. To help the process along I moistened everything and laid a plastic bag in over top of my heap o’ weeds.

About a week later, I decided the system had “aged” enough to add worms, so I pulled aside the cover layer of (partially rotten) weeds, added some kitchen scraps and bedding, then put in some Euros + habitat material I collected from another active bin. 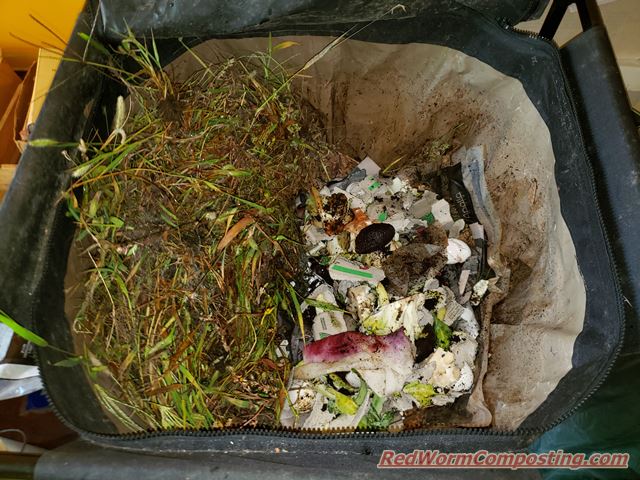 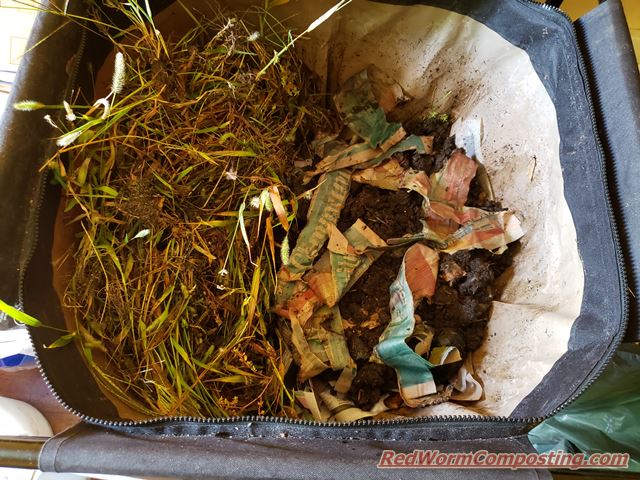 I covered the worm zone with even more bedding, moved the weeds back over top – and once again laid in the plastic bag to help with moisture retention. 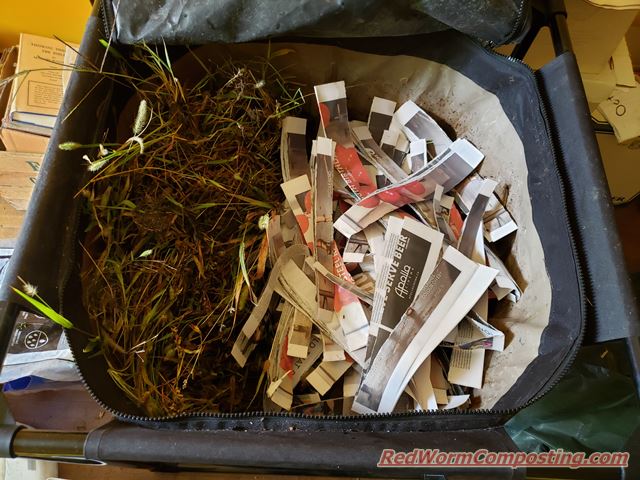 NOTE: I wouldn’t likely use a lot of green waste like this in a smaller indoor worm bin (potential for ammonia gas harming or killing worms) – in this case, keeping the weeds up above the worm zone, and leaving the UWB lid partially open helped to ensure there were no issues.

At this point the system was mostly left alone until part way through September. When I checked on it then I discovered that it was overrun with scuttle flies!

Not exactly my favorite “pest”.

Long story a bit longer, I basically just added moistened bedding from that point on…until mid October (last week) when I finally got around to checking on things again.

To my amazement, ALL the scuttle flies had disappeared (no sign of them in any of my systems, in fact)!

I have no idea what brought about such a remarkable population crash – my past experience with these flies has demonstrated they can be pretty persistent – but I will just consider it a lucky “win” and leave it at that! 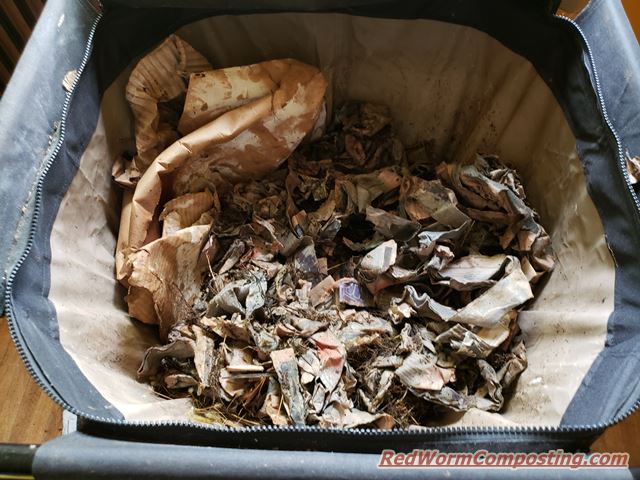 The Euros were small when I added them, and didn’t seem to be any bigger this time around. 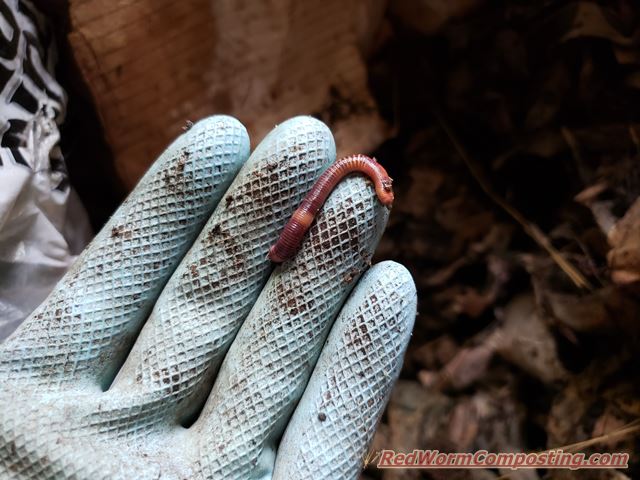 With flies gone, I decided it was time to really start ramping up my feeding! As alluded to in the subject line, I want to see if I can actually grow BIG Euros in this system. 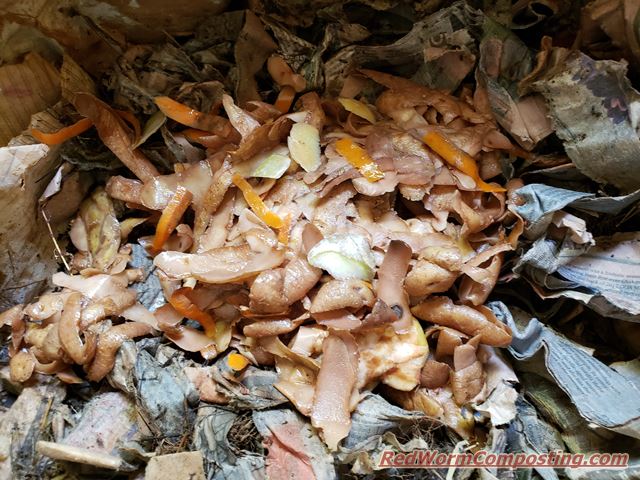 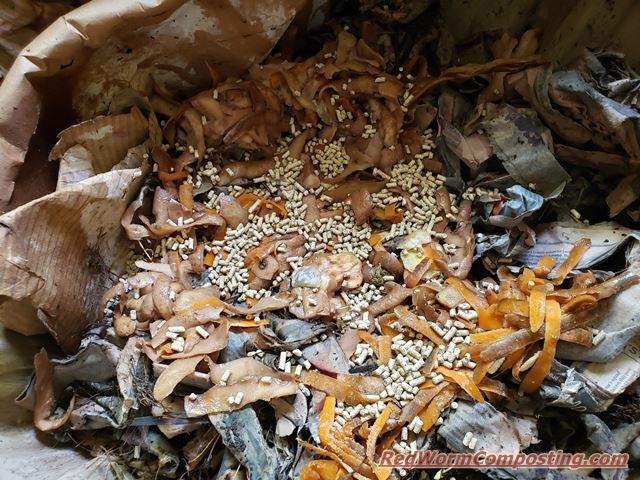 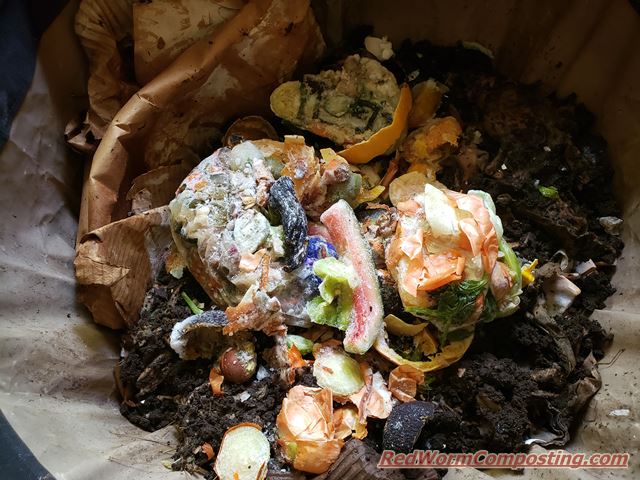 Before adding new bedding, and my trusty plastic moisture-retention cover. 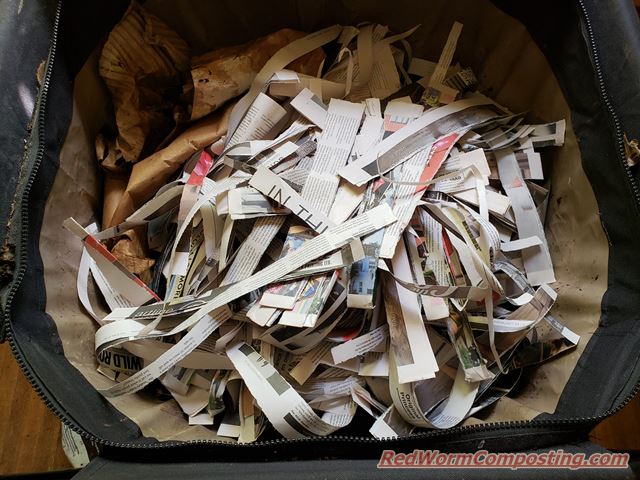 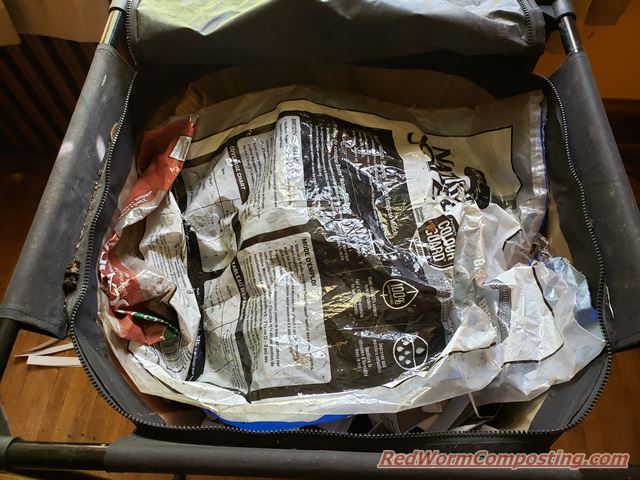 Not too surprisingly, everything was smelling pretty funky by the time I checked on things again this week – and I could feel that were was a decent amount of heating in the middle. To help balance things out, I mixed in more “living material” (and worms) from the other Euro bin and some additional moistened bedding.

Should be interesting to see how things go from here! It looks like I will be over at my dad’s place on a more regular basis this fall, so that should definitely help me to keep things moving along nicely.
😎

As a related sidenote – I also started the process of getting my “VermiBag” back up and running. Will be sure to write about that system fairly soon as well.

WFA vs CGU vs EWB?