It has been nearly a year and a half since I wrote about one of my own Urban Worm bags (a failed cat waste vermicomposting system). The details are a bit hazy now, but a new project direction didn’t end up materializing and I’m pretty sure the UWB was taken down completely last spring or summer.

So, it’s safe to say that getting back in the saddle with a new UWB project is long overdue!

One thing I’ve been wanting to test is the use of European Nightcrawlers in an Urban Worm Bag. I’ve tried them previously in a Worm Inn, and they seemed to mostly stay down in the bottom – and my attempt at keeping them in a VermBin48 resulted in most of them migrating down onto my basement floor.

Based on the size of the UWB and how well it retains moisture I’m a bit more optimistic about my chances of success – but whatever happens, it should be interesting!

Last week I got the ball (slowly) rolling over at my dad’s place. This is where I keep quite a few systems, including a big bin containing most of worm population that resulted from the union of my last two Euros.

The first step, as always, was to create a “false bottom” using moistened newsprint and shredded cardboard. This helps to soak up moisture and makes it a lot less likely that worms will end up down in the very bottom of the system. 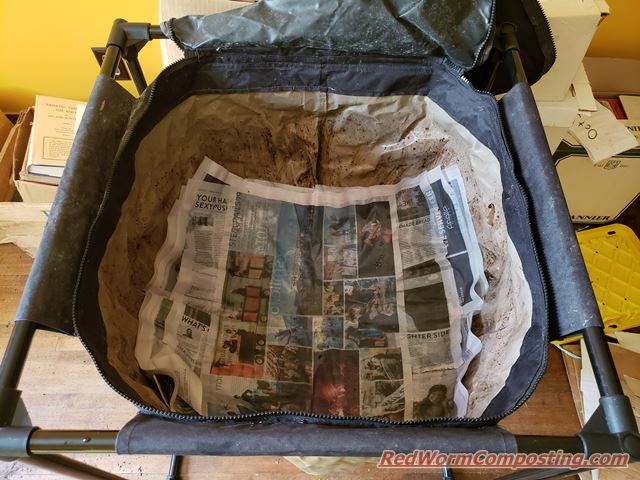 I didn’t happen to have any kitchen scraps available so I simply added some poultry feed along with a bucket of weeds I had just picked. 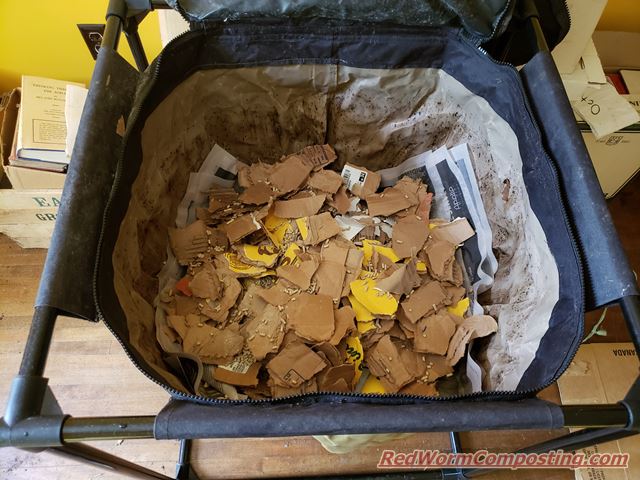 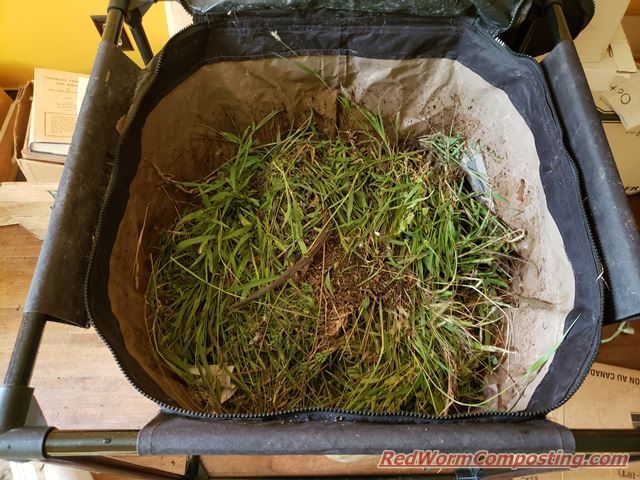 Additional water was added and I placed a big plastic bag in over top of the weeds to help the decomposition process along.

With all that green waste + the poultry feed I decided to let things “brew” without worms for awhile, since these high-N wastes can release ammonia gas which is deadly for the worms.

Not an earth-shattering start for this project I realize, but the most important thing is that it has indeed started!
Will provide more updates as things develop.
Stay tuned
😎