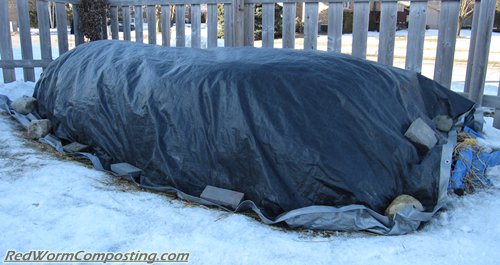 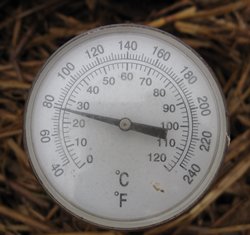 I know these winter worm composting updates must be getting pretty boring, given how well the system has been doing, but alas, I still don’t have any major disasters to report on. Things have continued chugging along beautifully in the bed, even without much in the way of “food” being added.

As you can see, temperatures in the heart of the system are between 25 and 30 C (77 to 86 F), although the readings are a little lower on the remote temperature monitor I have sitting inside the house. I decided to unplug the string of rope lights a little while ago, and there seemed to be a minor dip in temperature, but nothing overly significant.

With the system doing so well, the REAL question of course, is how well the worm population is doing. I decided to finally do some serious digging around a few days ago to see for myself.

I quickly noticed that the springtail population seems to be doing just fine! Below you can see masses of them covering some green tomatoes that were once in my basement freezer (I didn’t do a great job with my food freezing last fall, and have decided to feed my worms with it instead). 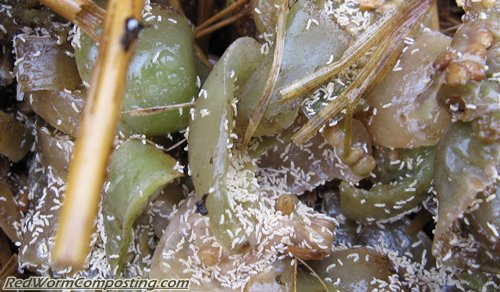 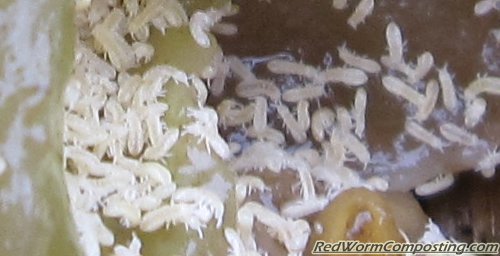 I was happy to see that the Red Worms also seem to be doing well – definitely comparable (if not better) than in my big straw bale bed last winter! 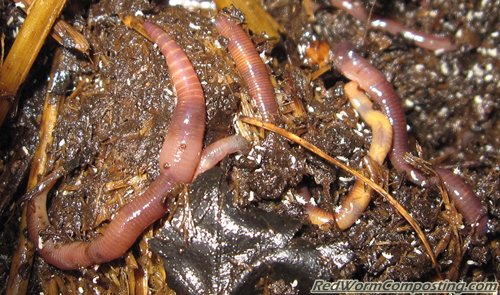 Normally, even when you keep the system fairly warm, you just don’t end up seeing the same densities and size that you would during warmer weather. In the case of this system, I will likely be harvesting worms for customers fairly soon.

Since the bed volume seemed to have gone down a fair amount by the end of last week, I decided to add a bale of alfalfa hay over top. I am really interested to see how the worms react to this once it starts to break down! 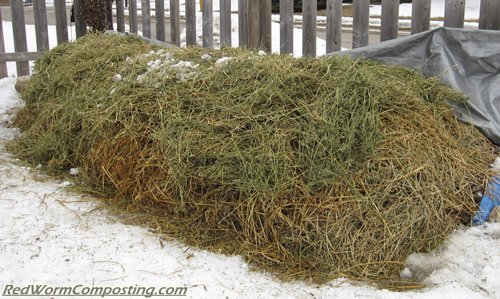 To help things along a little, yesterday I buried some shredded cardboard then poured a watering can full of molasses-water over the central zone. Hopefully the cardboard will help to hold a bit more moisture up near the top (where the alfalfa is) making this zone a bit more inviting for microbes and worms alike!