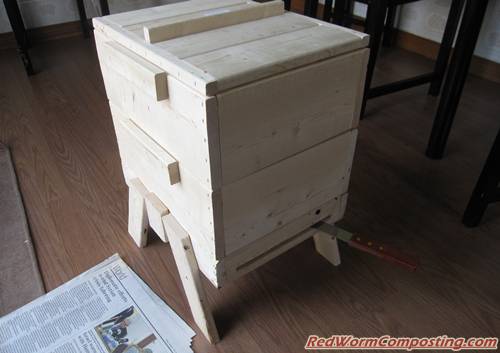 It’s been more than three weeks since my last wooden flow-through bin update. That’s not to say that I’ve been completely neglecting it since then, however. I’ve added a lot more worms (two bags of the “Red Worm Mix” I sell up here in Canada) and of course some food – although, I will admit to slacking a bit on that front.

When I added the additional worms, along with some extra “living material” (well aged manure in this case) the level of material in the bin was very close to the top. It didn’t stay this way for long, though, and when I checked on the bin last week the overall level was back down in the lower half of the bin. Looks as though the extra worms are helping to speed things up!
8)

Last Tuesday I added 847 g (1.87 lb) of frozen-then-thawed food waste along with some shredded brown paper. This was then covered with a layer of aged manure. 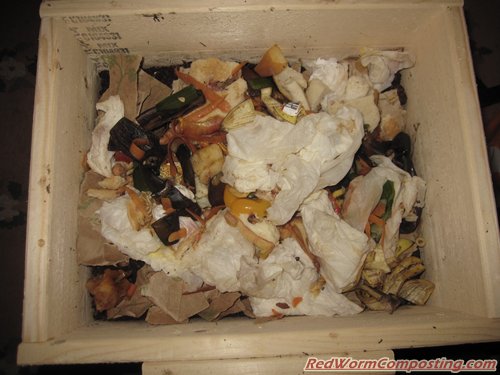 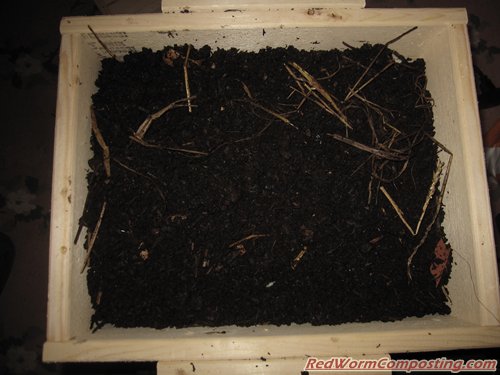 I checked on the bin a bit later in the week and the worms seemed to be eagerly working on the new waste materials, so I suspect it will be time for another feeding fairly soon.