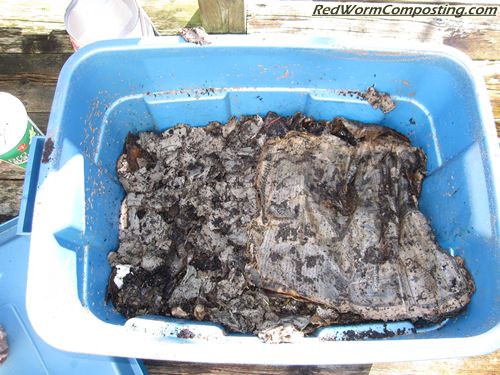 BOM-6000 ready to go for some coffee grounds vermicomposting action!

I decided that today was the day to finally move my coffee grounds experiment indoors. We’ve been getting some heavy frosts, and it looks as though we might even get a bit of snow tonight. I have little doubt that the worms would be just fine for a while longer, but I really want to get thing moving along a bit faster.

Before starting to transfer materials/worms from the stacking bin I added a decent amount of new shredded (drink tray) cardboard to the BOM. For the last little while I have also been adding all my coffee grounds to that bin in preparation for the transfer.

Not a whole lot has really changed in the stacking system since I set it up back in August. I found a few worms in the second tray, but it was mostly coffee grounds and shredded cardboard. I was happy to at least see lots of worms down in the bottom tray, along with plenty of cocoons. 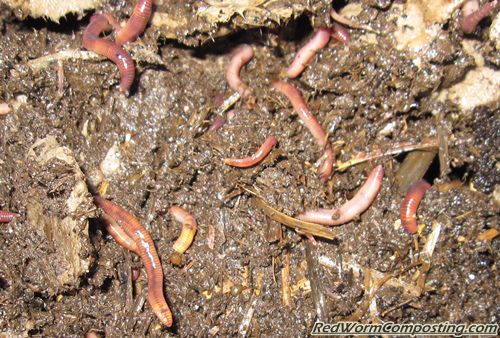 I should mention that I decided to add some crushed egg shells to the new bin. I saw no signs of the system going “sour”, but I figure there’s no point taking the risk. Coffee grounds tend to be pretty acidic. It’s not as though it’s another food source – it’s simply a means of (hopefully) buffering the acidity a bit.

Interestingly enough the thick layer of newsprint at the bottom of the first tray was still intact! That’s a pretty good indication that things have been moving along at a snails pace in the stacking system. Again, it would have been nice if I had set up the system back in April or May rather than August. Oh well – there is always next year! 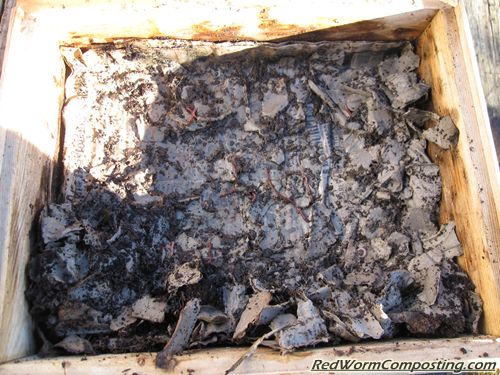 Temps down in my basement (where the BOM bin will sit) tend to be somewhat chilly over the winter (15-20C / 59-68F), but at least it’s fairly consistent.

I guess we shall see how it goes!
Stay tuned – I should have another update within the next month or so.
8)

My LIFE With Worms