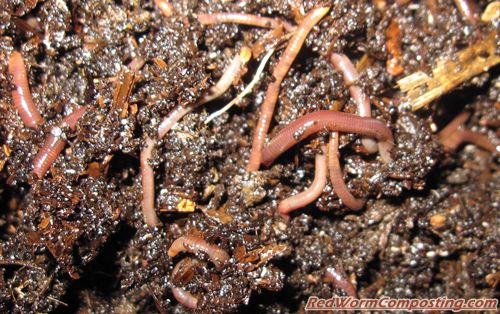 Back in the spring I wrote about the coffee grounds (pick-up) arrangement I had set up with a local coffee shop, and how I was using the grounds in my beds (see “Windrow Coffee Grounds Update“). I’m happy to report that the project has continued to hum along quite nicely thanks to the fairly modest amounts of material being produced (in comparison to my previous restaurant waste vermicomposting project). Aside from that, coffee grounds just generally tend to be a much easier material to deal with since they can be added basically anywhere, and you don’t need to worry about them getting too foul, attracting pests etc etc.

For the most part, all I’ve been doing is continuing to add layer upon layer of grounds onto my outdoor windrow beds (formerly known as “vermicomposting trenches“). In all honesty, I haven’t added much else to these beds (although there were certainly some deposits of food waste periodically throughout the summer). I thought for sure that the grounds were going to end up being a real challenge to deal with during the heat of the summer, especially once the serious drought hit – as I’ve written previously, coffee grounds seem to have a tendency to dry out really easily and then be difficult to re-wet.

As it turns out, the wet grounds ended up being very important for my beds – actually helping to ensure that there were moist zones down below where the worms were able to do ok. I must say that the cumulative benefits in terms of overall bed health have become readily apparent as well. The number of worms in beds now is very impressive!

There are a few factors that I think have made all the difference as compared to some of my previous coffee grounds trials. For one thing, these are used, wet grounds with lots of filters in them. Most of the grounds I experimented with previously were either unused or at least VERY dry, and contained no filters, so it took some effort to get them to the point of being “worm friendly”. These grounds I’ve been adding have also end up being exposed to the elements for quite some time, which really seems to make them even more appealing to the worms (although I’m surprised how quickly they can move into new deposits sometimes).

All in all, I am VERY pleased with the material, and feel very fortunate that I’ve been able to continue taking it from the coffee shop (and I imagine it’s nice for them not to worry about dealing with it too). This winter should be interesting! As per usual, I am planning to keep a stretch of bed protected from the elements, and hopefully with the regular addition of coffee grounds I’ll end up with my most successful winter system yet!
I’ll certainly keep everyone posted!
8)

Getting Rid of Fruit Flies and Fungus Gnats