I decided to check on my plastic bin yesterday to see how things were coming along during the “aging” process. The food waste had decomposed quite nicely and moisture had become more evenly spread throughout the bedding, but – as I suspected would be the case – it was still in need of some assistance from me.

One thing that seems to concern people during the aging period is the growth of “mold” in the bin. I only observed fungal growth on some of the food waste in this bin (so far), but it’s not uncommon to encounter larger, fluffy growths of mycelium spread through the bedding as well. Either way this should not be cause for concern. 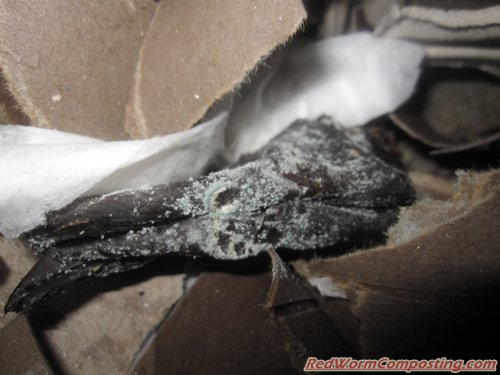 Mixing up the contents of your bin (during the aging period) is a great strategy not only for breaking up these growths of fungi, but also for helping to further integrate the food wastes with the bedding materials. This was especially important in my case since there was still some bedding that hadn’t become moistened yet. 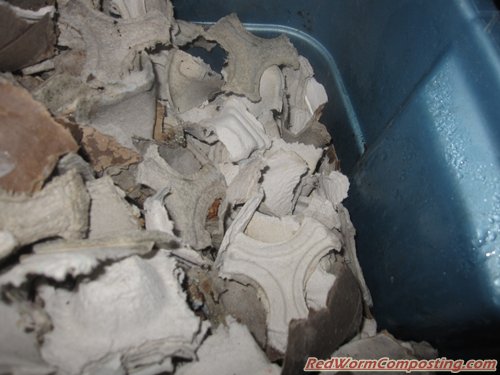 I actually ended up adding quite a lot more water as well since I was nowhere near my recommended “as wet as you can get it without pooling on the bottom” level. Speaking of which, I should point out that it’s not uncommon for water to pool down in the bottom shortly after you add it – the key is to make sure you mix the bedding really well since this will more than likely help to sop it up. If it does turn out that you’ve added more than your bedding can hold, simply mix in more dry bedding. 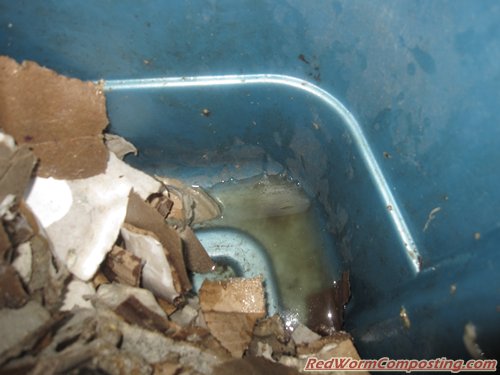 Something else worth mentioning is the fact that I encountered some pretty unpleasant odors while mixing everything up. Clearly, even when wastes are “optimized” and mixed with lots of bedding they can still clump together and create stinky anaerobic zones. This is yet another good reason for doing at least one thorough mixing during the aging period! You’ll end up breaking up a lot of these food clumps and spreading the material around, while aerating everything as well.

As you can see in the image below, everything has settled a fair bit in the bin. I will more than likely mix in even more bedding materials before adding the worms just to make sure they are starting with lots of quality habitat. Yet another reminder of the fact that you really can’t add “too much” bedding when you first set up a worm bin (as long as it’s moist by the time the worms are added). 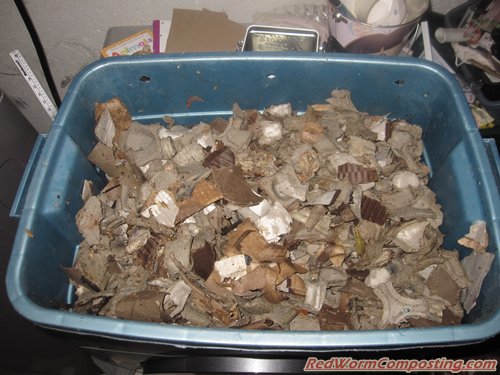 I’m planning to stock this bin with worms early next week. I don’t mind starting things off with a generous aging period, but I’m also eager to get things rolling. I have little doubt that the habitat will be in great shape by then.