Yesterday I completed a partial “reboot” for my VB48 system. As touched on in my last update (see “The Beast – 05-09-13“), I’ve been using this bin primarily for growing/holding composting worms (Euros & Reds), rather than for the purpose of making/harvesting beautiful vermicompost (what the VB Series bins were primarily intended for).

That’s not to say the system hasn’t been producing some beautiful compost, though! And in fact, this is a big part of why I really wanted to removed a lot of the older material and get things going again. Vermicompost, while certainly awesome for the garden, isn’t the ideal food/habitat for vermiculture!

The first image below shows the bin after my excavation. This is a very misleading shot, however, since the vermicompost still caked to the inner walls makes it look like the overall level of material is quite a bit higher than it was. As it turns out, I actually started digging into layers of newsprint in my false bottom – so I know I got quite close to the very bottom of the bin. 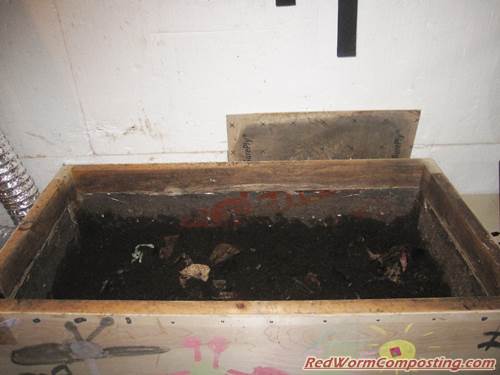 The first thing I did to refresh the bin was add a thick layer of shredded paper bedding. This was sprayed down with water as well.

NOTE: I don’t normally recommend using shredded office paper as the main bedding for a brand new system (unless soaked and drained sufficiently), but if the system has enough “safe” worm habitat already (or it gets added at the same time) you should be fine. 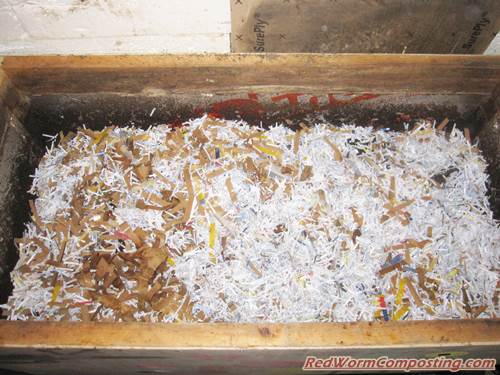 Next came the (worm-rich) contents of my “Stacking Bin Euros” system. While there was certainly some fairly well processed material in that bin, I have a hunch there is still plenty of food/habitat value remaining. 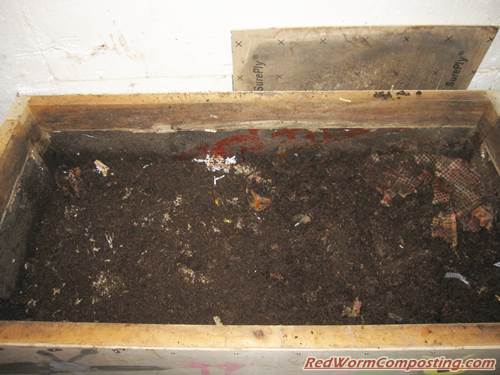 I then added a layer of wet, shredded corrugated cardboard. The worms absolutely LOVE this stuff (but it can take a fair amount of time/effort to shred it up, so I don’t use it as much as I’d like to)! 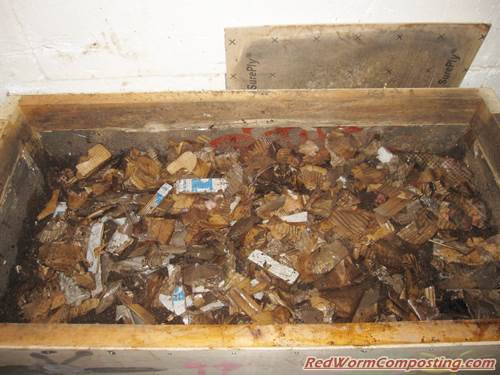 Next, I added a nice thick layer of my most recent “Homemade Manure” mix. 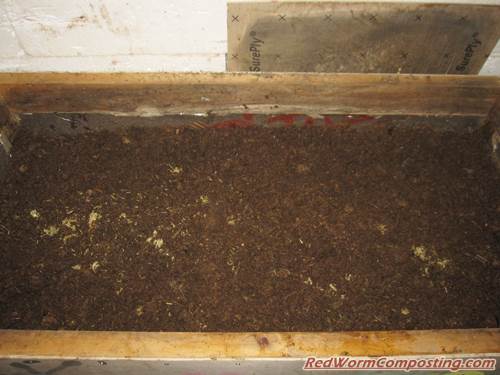 For my last layer, I chopped up a large quantity of comfrey… 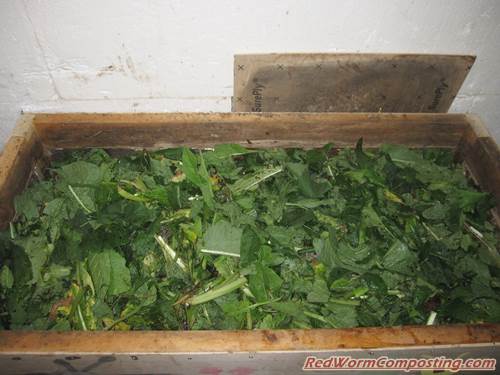 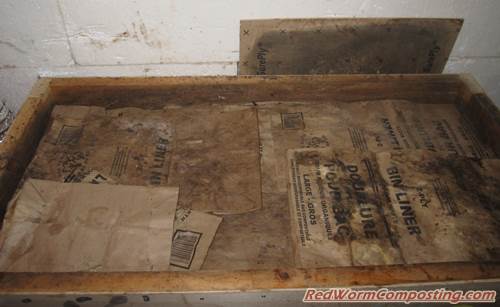 IMPORTANT NOTE: The only reason I felt comfortable with adding so much green plant material (which can break down quickly and produce ammonia) was because it was the uppermost layer in a very well-ventilated system. I highly recommend that you DON’T do something similar in an enclosed plastic bin!

Now, I will simply leave the system to sit for a while – they certainly have plenty to keep them going for at least the next few weeks.

I’ll aim to provide another update sometime in October.