Another quick update for you on the “Worm Inn vs Plastic Bin” front. I decided to feed the Worm Inn again this morning, and I’ve also ended up adding more absorbent bedding to the plastic bin.

Let’s start with the Worm Inn…

Not too surprisingly, I found loads of worms up in the homemade-manure-food-waste zone that was added last week. But it looked as though it could still benefit from more moisture and potentially more food. I figured why not get both birds with one stone by adding a bunch of frozen zucchini slices. As these thaw and breakdown they should great for slow-release moisture – and of course, the worms should love munching on them as well. 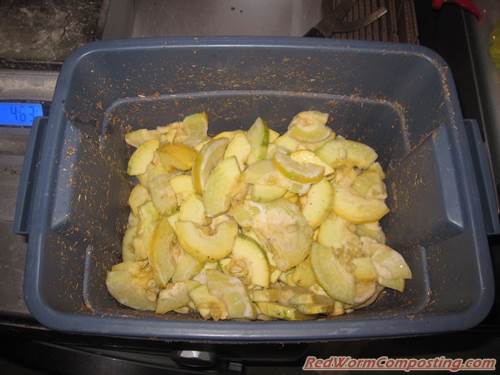 I spread the slices as evenly as possible over top of the upper bedding layer in the Worm Inn – this way the worms will have even more habitat to live in. 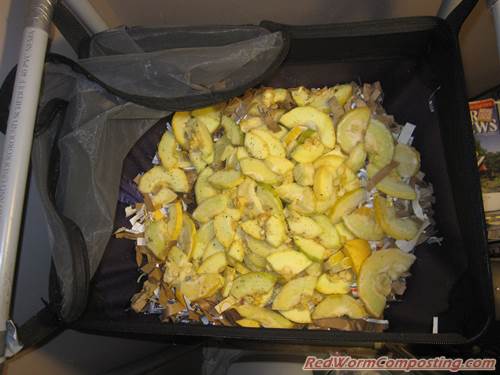 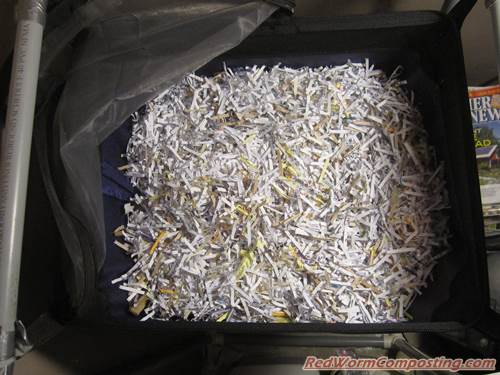 Conditions in the plastic bin seem to have improved somewhat – the habitat isn’t quite as sludgy – but the dry bedding I added last week definitely didn’t soak up as much moisture as I had hoped. 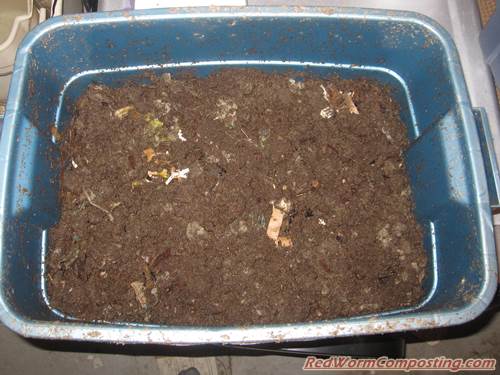 When I dug down the material was still quite wet, with an obvious anaerobic odor. 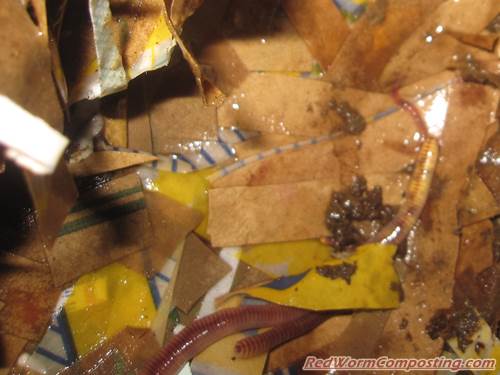 This time I decided to use some stove pellets for water-absorption. I suspect they will soak up a fair amount more than the shredded paper did – but we shall see!

Once again, I simply pulled back habitat material on both sides of the bin and dropped the dry bedding in, before covering over with the wet material. 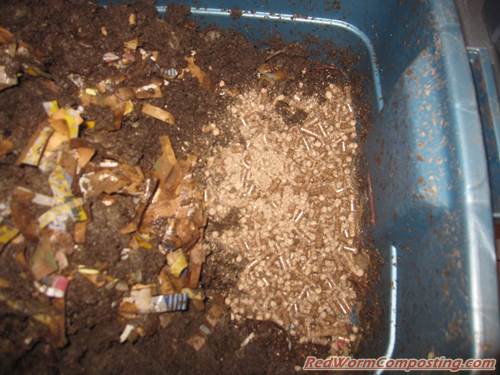 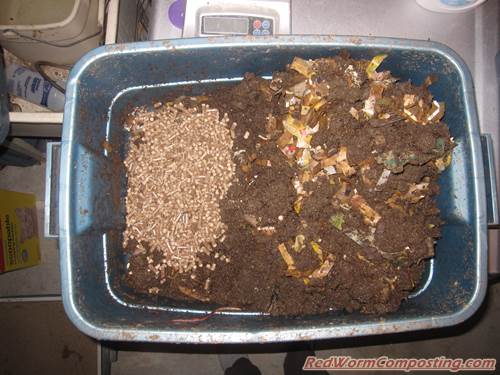 Hopefully the pellets will help to get us over the hump and back on track with this system. I’d like to start feeding it again before too long!
Stay tuned.