Shockingly, it’s been nearly 3 months since my last “Worm Inn vs Plastic Bin” post!
(Actually, who am I kidding – I’m sure very few regular readers are “shocked”! LOL!)

There was one feeding that I didn’t write about between then and now, but yeah – this project hasn’t gone the way it was supposed to. Before I forget, here are the numbers from that feeding:

I also added an equal amount of bedding (approximately anyway) but did not bother weighing.

Now of course – there are always some things we can learn from my stellar feats of neglect!
😆

In particular, it has been very interesting to see how both systems have handled the lack of attention! Let me start by saying that both are basically “fine”. So, don’t EVER try to claim that a bedding-rich system that hasn’t been fed in many weeks or months (all other factors catering to the worms “requirements”, of course) will kill your worms. It’s just not going to happen.

Interestingly enough, both systems are absolutely LOOOOOADED with teeny tiny juvenile worms – and have been for a long time now! That last bit is the interesting part. It seems that, while a lack of “proper nutrition” may not kill off your worms, it can essentially put them on “pause” to a certain extent (and shrink the adults that are already in there). For those of you trying to grow loads of worms (especially with limited space) – this may have some interesting implications!

But that’s a topic for another time, and perhaps another venue!

Moving on to the key difference between the two systems…

As you might imagine, both systems contain lots of material that is very well processed – but the material in the plastic bin system is very wet, while the material in the Worm Inn is quite dry. What’s funny (and makes sense, really) is that the only recognizable bedding found in the plastic bin is down at the bottom, where it’s quite anaerobic. In the Worm Inn there is plenty of unprocessed material up at the top (false bottom is undoubtedly pretty dry and untouched as well though). 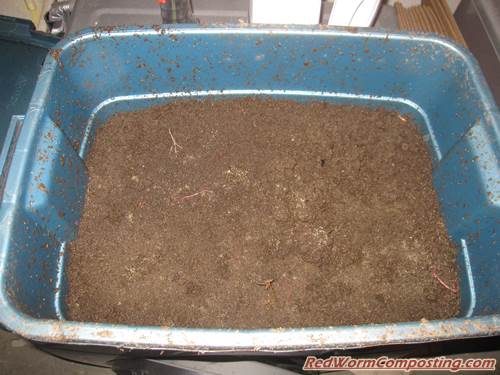 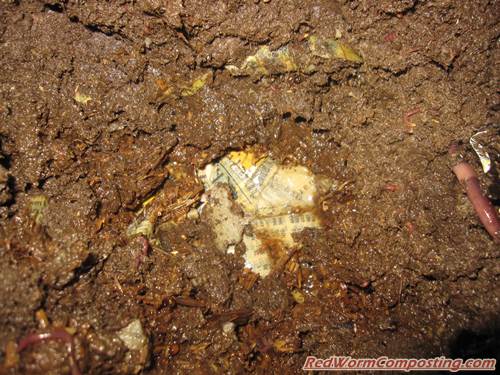 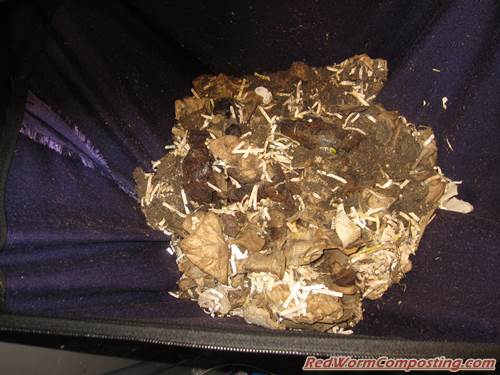 I would say that the plastic bin system is (technically now “was”) a candidate for either restocking projects (fantastic worm-rich material that could be added to other systems) or some form of dry-bedding-injection rescue attempt. Since I still want to keep the project going, I opted for the latter option.

What I ended up doing was pulling back the sludge on each side of the bin and adding a lot of dry, shredded paper, before covering back up. 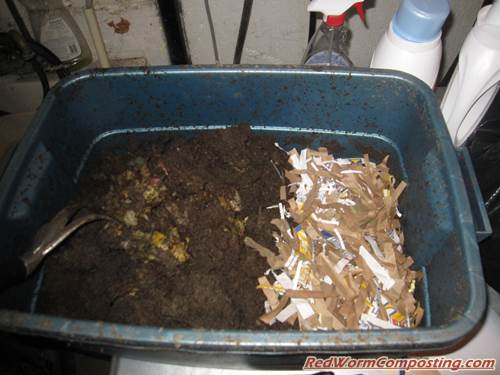 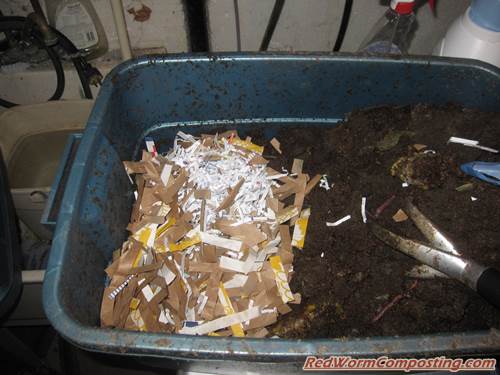 The Worm Inn, on the other hand, was a prime candidate for a system-reboot of sorts. Really, all it was in need of was some TLC. So I took a different approach. I added a layer of the dry, shredded paper, then 1713 g (3.78 lb) of frozen, mixed food waste – along with 2364 g (5.21 lb) of my homemade manure mix. I covered everything with a thick layer of the bedding. 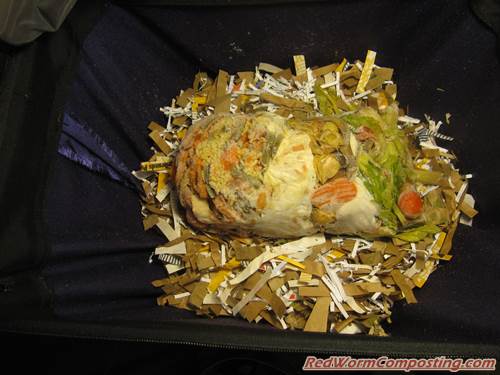 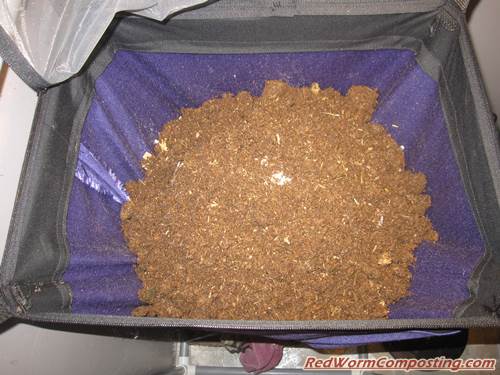 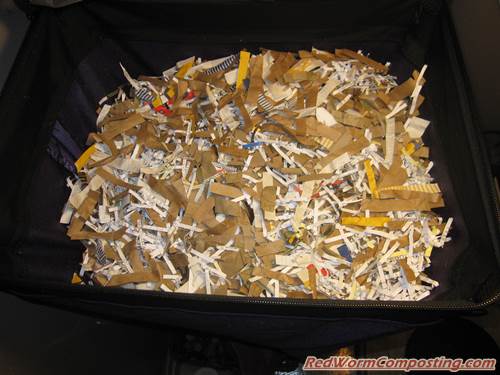 So, why didn’t I add more food to the plastic bin??

Because I knew that would be a potential invitation for trouble. We’d likely experience something along the lines of “mature worm bin syndrome“, and the worms might even try to escape. Once the contents of the system dry out a fair bit we can start to think about adding more food.

In case you are wondering…

I was able to find Euros in both systems. Not too surprisingly, I had to dig down a ways in the Worm Inn to find them, but the key is that they are still there. It will be interesting to see how they respond to the habitat upgrade!

As I’ve touched on previously (earlier posts in this series), the BIG challenge for me has always been trying to come up with a uniform food mix I can add to both systems. For the sake of keeping things going (and now that the two systems are essentially headed in different directions), I’m not going to worry about this too much. No, it won’t be remotely “scientific”, or even a solid comparison between a plastic bin and a Worm Inn – but it will still be interesting to see how things progress!