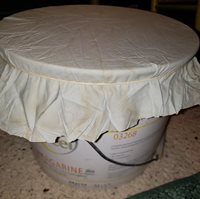 Most long-term readers of this site will know that the topic of Red Worm population growth is something I’m keenly interested in.

It all started with the original “Four Worm Reproduction Experiment” (and the “Part Deux” sequel – lol).

Next, I decided to tackle the question of “Will a Red Worm Population Double in 3 Months?” by doing some number crunching with population growth stats shared by my good friend George Mingin. (Spoiler Alert – under the right circumstances, a Red Worm population should be expected to expand MUCH more quickly than simply doubling every 90, or even 60 days).

Late last year (and early into 2019) a cocoon-production experiment evolved into yet another “4 Worm” population growth trial. As was the case with the other experiments, I wasn’t able to do quite as much with it as I’d originally hoped – but given the fact that (on average) I already had more than 10X the number of worms in my little bins on Day 44 than on Day 0, it’s safe to say it was going to be yet another pie in the face for the “60-90 day population doubling” myth.

I’ve recently been setting up a lot of new indoor systems (of all shapes and sizes), and thinking a lot about Red Worm population growth. This made me want to once again do some actual testing. I’m still really interested to know just how much a population can expand under more “typical” small-scale-bin conditions. The 82-fold increase in population size I calculated using George’s numbers (28-fold increase in adults alone) is all fine and good – but it’s just a projection based on various assumptions, including “ideal” conditions.

This time around I’ve decided to use larger systems than the tiny sour cream containers used for my last experiment. Three of them will be somewhat bigger “Cool Whip” containers, while the fourth is a small (~ 3 gal I believe) bucket. As you may have already guessed (wink, wink), I’ve also decided to start with 10 worms instead of only 4.

We’ll come back to the rationale behind some of these choices a bit later on – but let’s now look at how things were set up.

I felt it was important to have a pretty uniform primary habitat mix for all the systems (since I’m testing other things). A little while back I managed to get one last lawn cutting in with a heavy cover of fall leaves. I made sure to put the bag on my mulching mower, and ended up with a very large amount of beautifully mulched leaves and clippings (set the wheels pretty high so I’d end up with much higher proportion of leaves than grass). This mix has now become a regular part of my habitat mixes for indoor systems – and thus seemed like a great choice for this project as well. 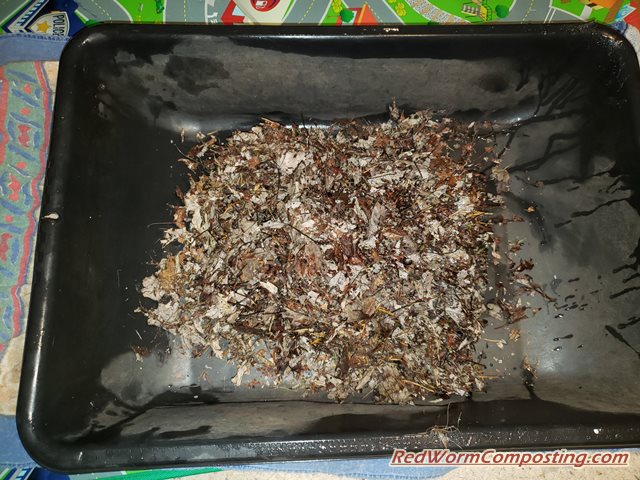 I always like having various paper-based bedding materials in my systems, so I also made sure to prepare some shredded newsprint, cardboard and brown paper (cut up finely so as to fit better in the smaller tubs). 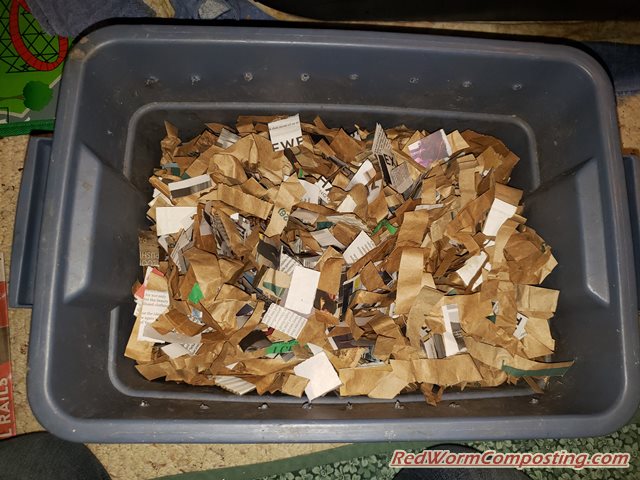 Everything was mixed together and moistened well in a mortar tray. 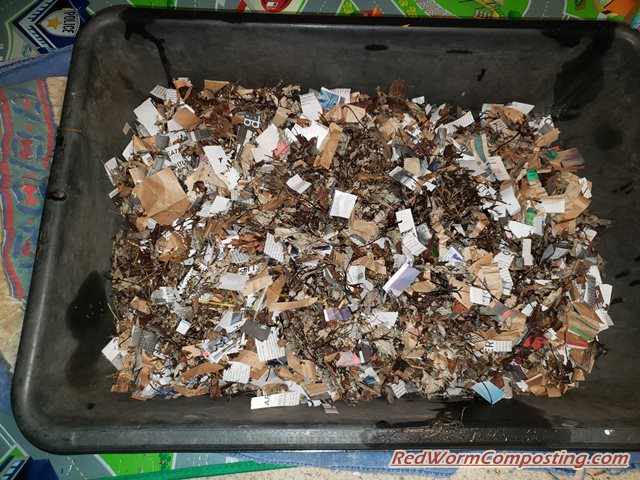 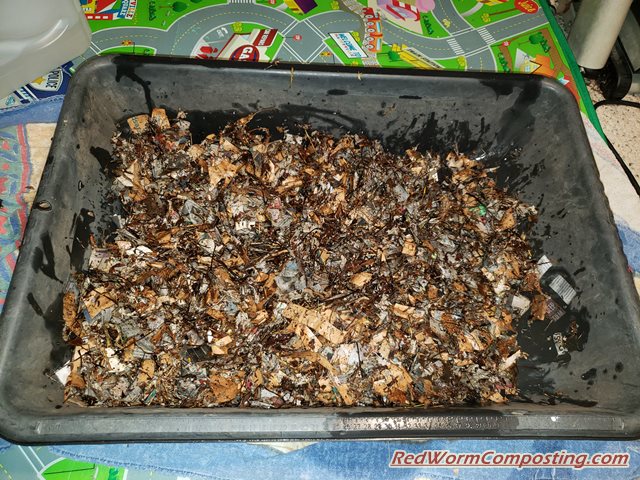 The small tubs were simply filled with the habitat mix, but I decided to set up my bucket in a similar manner as my new “breathable bucket” approach (minus the vents since using a smaller bucket).

This simply involved adding a thick false bottom of bulky corrugated cardboard along with some shredded newsprint, before adding the habitat mix. 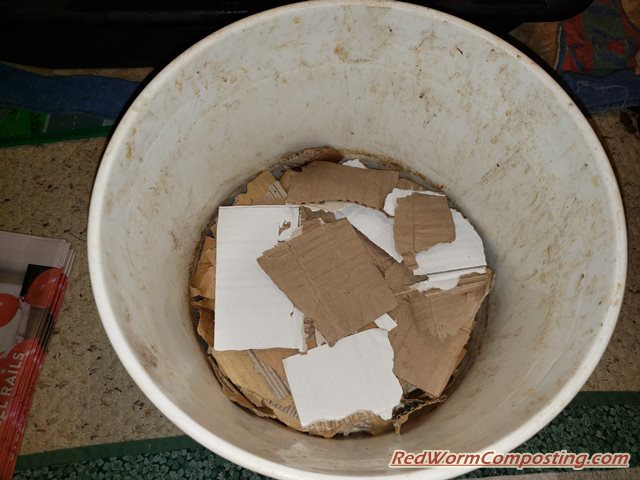 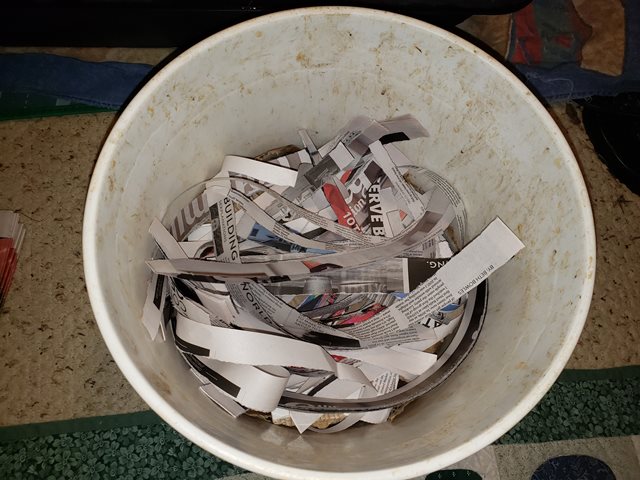 As you can see, the bigger system didn’t end up nearly as full as the small tubs – but it’s safe to say the worms will still have plenty of habitat to spread out in! 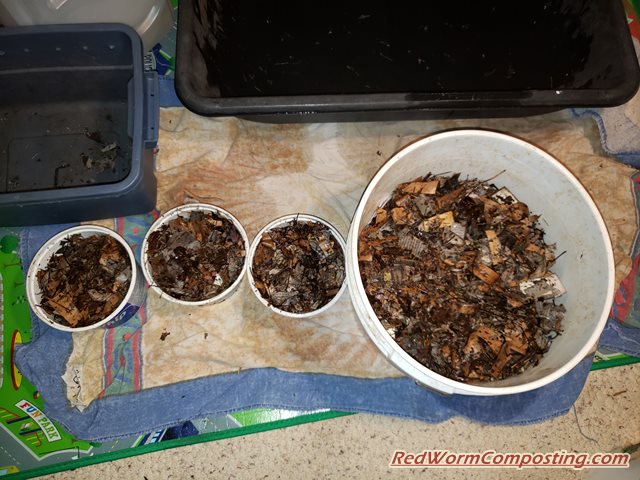 One testing parameter I’m interested in “playing” with is food – I’m interested to see what, if any, impact different types of food will have on population growth.

The 3 types of food I plan to test are: 1) coffee grounds and tea bags, 2) carrot wastes, and 3) poultry feed – but for the time being I am simply starting them all in the same way in order to get the worms established in their new homes.

I happened to have some frozen-then-thawed mini pumpkins on hand, so I added 4 small pieces to each of the systems. 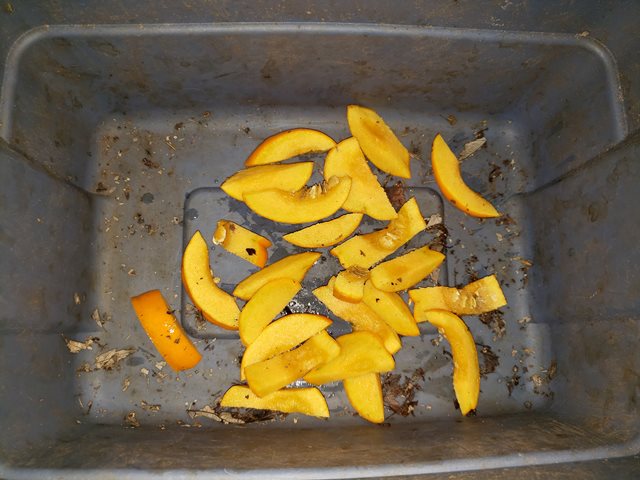 The “10 worms” added to each bin came from some other small experimental systems I recently harvested (didn’t write about on the blog). I actually originally planned to take worms from my first breathable bucket system (population that was originally from my “Comfrey and Cardboard” experiment) – and went so far as to add five of these to my bucket system for this project.

I wasn’t happy with the maturity level of these worms (wasn’t finding many obvious “breeders”) so I changed my mind. As luck would have it, I was only able to recover 4 of the 5 (lol), so I compensated by adding only 9 breeders to that system.

These older, bigger breeders are great for, well…breeding – and having them readily available was a big part of why I decided to use them – but they are often not as good at adapting to new environments as younger worms. So, I will be keeping an eye on them during the first few weeks, and may replace any that go missing (although, I won’t likely worry about this for the bucket system). 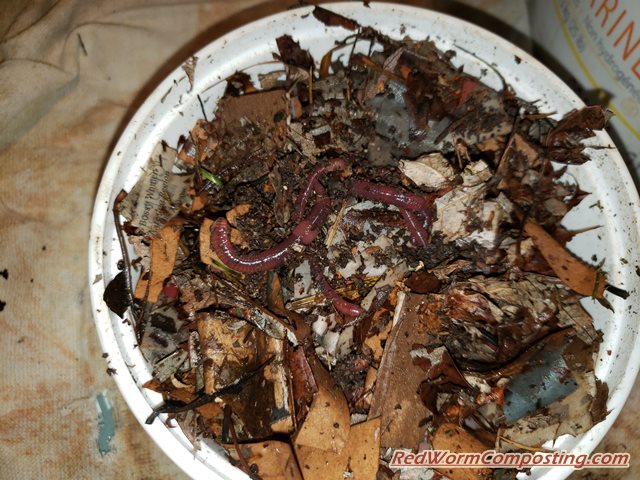 Once the worms were added I simply put the lids on the smaller tubs (ended up making a modification to the lids later – will come back to that in a minute).

In my bucket system I added a cover layer of hand-shredded newsprint, and then a used a piece of old bed sheet (with elastic) for my breathable lid. 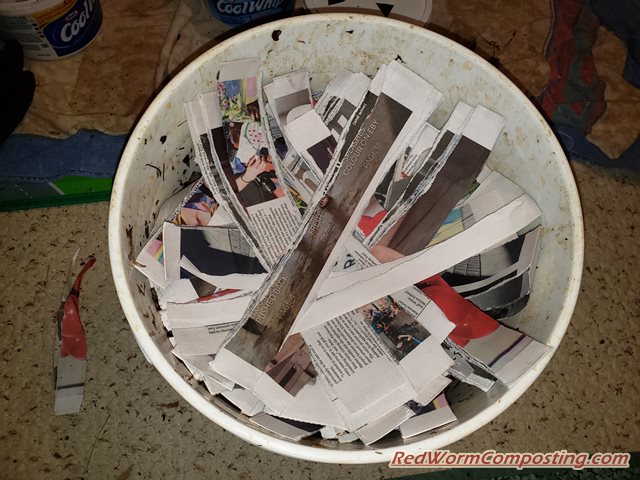 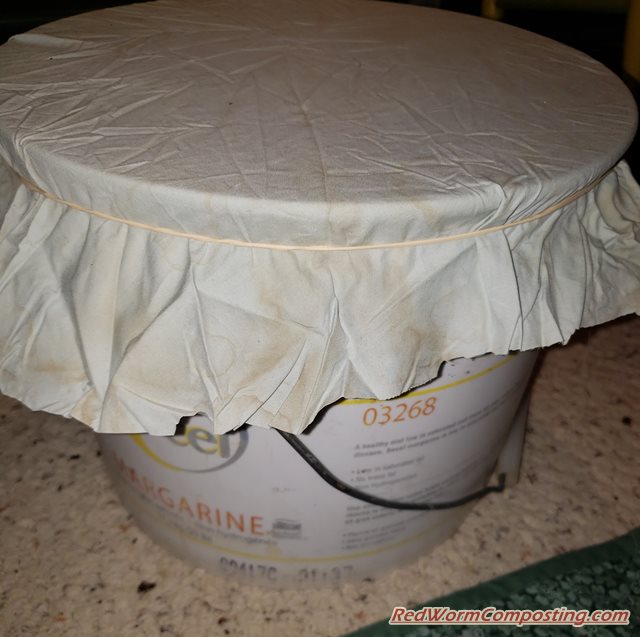 I’ve had some issues in the past with annoying pests getting established in my little tub systems, so – feeling inspired by my recent “enclosed-but-still-breathable” system phase (lol) – I decided to secure some of the same bed sheet material over the holes in the lids of the smaller systems as well.

Coming back to the reasoning behind some of my decisions…

10 worms (Versus 4) – while still not a “normal” starting amount of worms it is at least a higher number. It will be very interesting to see how the growth compares to the last 4-worm trial (will aim to time one of my check-ups around the Day 44 mark – so I can make a direct comparison). It will also very interesting to see what happens to the 10 worms in the…

Bucket System – What sort of influence will greatly-increased available space have on population growth? In my mind, this is likely one of the most important factors in determining how fast a Red Worm population will expand. All things being equal (and favorable), worms with more space should respond with a faster rate of reproduction – or AT LEAST continue breeding for longer before the “law of diminishing returns” kicks in (and population size plateaus). I think it would be virtually impossible for us to end up with remotely the same population of worms (and # of cocoons) in a Cool Whip tub as in a bucket after 60 to 90 days.

One thing I want to make crystal clear early on is that all my counts along the way will need to be as fast as possible if I’m going to have any hope of tracking population growth over time (given how time-consuming this can be). So, it’s safe to say that – apart from maybe some of the early tallies – a lot of my counts will be well-below the actual numbers (that in itself will really make things interesting – will my under-estimates still leave us well above this silly “doubling” notion)?

Whatever happens, I have little doubt we’ll end up with at least an additonal insight or two about Red Worm population growth – and we’ll have some fun along the way.

Stay tuned (and feel free to share your thoughts below)!
😎