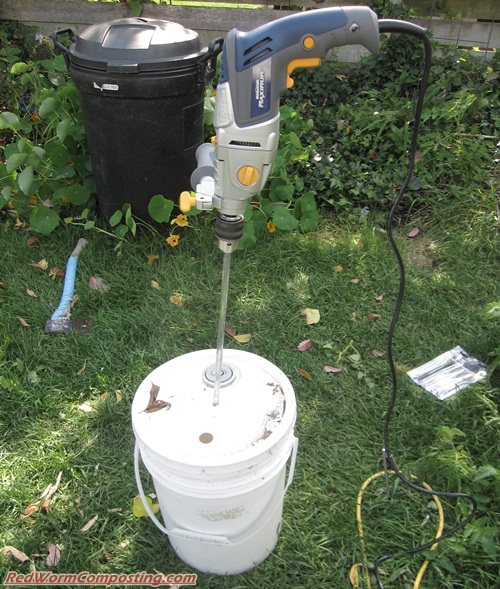 This morning I finally got around to trying out my “Super Duper Worm Food Tool” again!
(But no, that image above was not taken today! LOL)

Before putting it to work I made some modifications to the paint stirring blade – namely, I cut out a couple segments so as to (in theory) free up the motion of the blade a bit. I thought for sure that this would be a really challenging task – but was amazed by how easily my hacksaw cut through the metal! 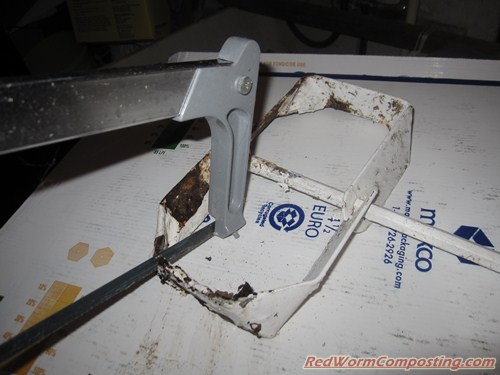 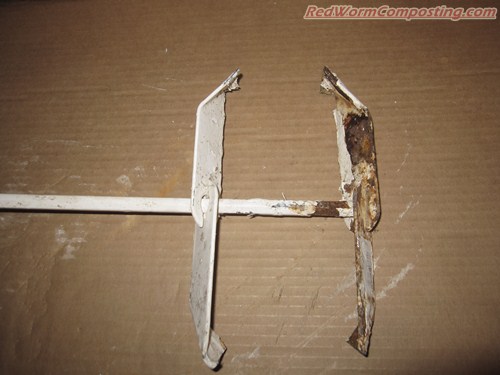 I have been accumulating a MANY bags of frozen food waste recently, so I dumped a bunch of these into a big Rubbermaid tub. I did some initial coarse chopping (and mixing) using a trowel, before mixing in some nice warm (“living”) materials from my worm food bin (hope to post another update on that front fairly soon). 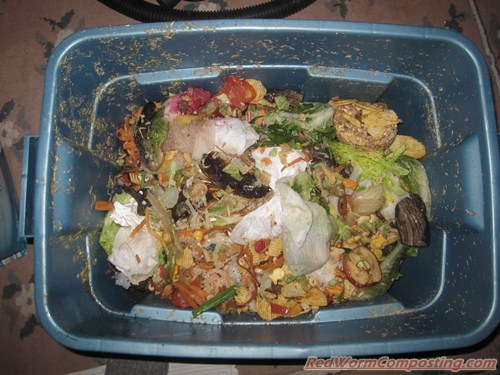 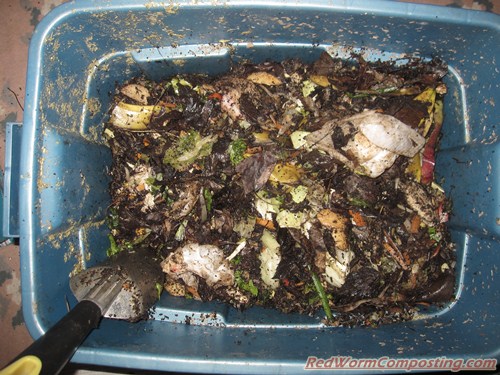 Next, I added my waste mix to the bucket (making sure to put the blade in there first). 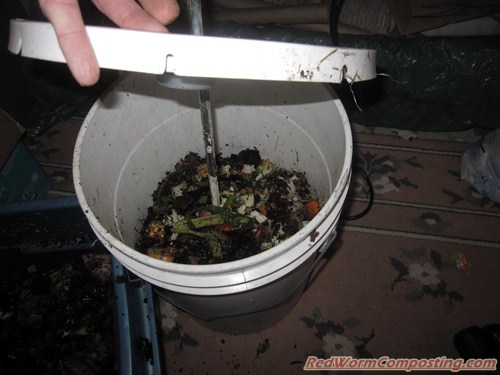 I then snapped on the lid and gave it a whirl … literally!

Sadly, there was more whirl to the bucket itself than to the material inside – a bit underwhelming to say the least!

This tool has a LOT of potential for chopping up bulky fruit and veggie wastes – but once you start adding bedding types of material (in this case there were lots of leaves, and a fair number of wet paper towels) things can start to get gummed up.

Anyway – I decided to just dump the contents of the bucket back into the Rubbermaid tub, and then chopped and mixed it further with the trowel.

I weighed out a bunch of it and added it to The Beast. The total weight of the mix added was 18.0 lb (the rest was dumped back in the outdoor food bin) – along with ~ 1.65 lb of bedding materials as well. My aim was to create a thin layer of food across the entire surface of the uppermost newsprint layer in the bin. As you can see (second image below), my cover bedding is shredded paper. I normally limit the amount of this material I add at any one time to my systems, but I just happened to have a bag of it sitting there (calling my name! lol). I don’t foresee it creating any issues (especially given the sheer quantity of other materials already in there) 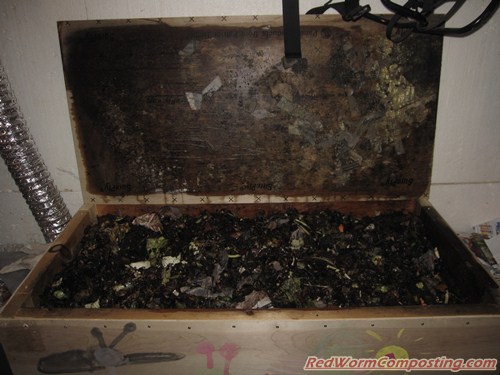 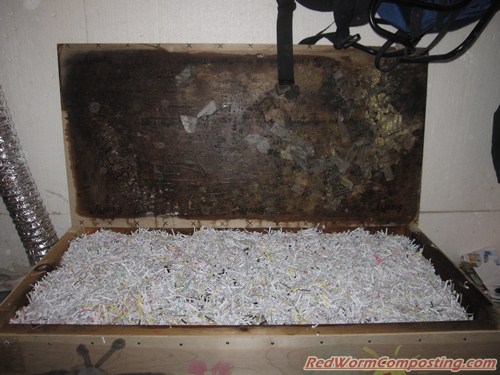 I’m expecting to see a fair amount of heating during the next week or so, even with the thin layer application. Hopefully nothing TOO crazy though!
I’ll let you know in my next “Beast” update.
8)