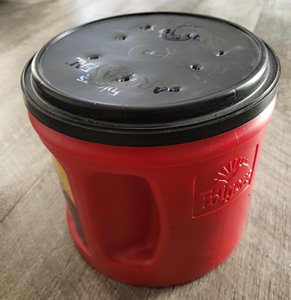 The container used was a tiny toy toolbox…on a keychain no less! (Shown in the photo below)

Yep, it was pretty small.

The goal (apart from being a goofball) was to see what effect very limited space had on Red Worm population growth. The system was set up like a miniature home worm bin and stocked with 5 cocoons. 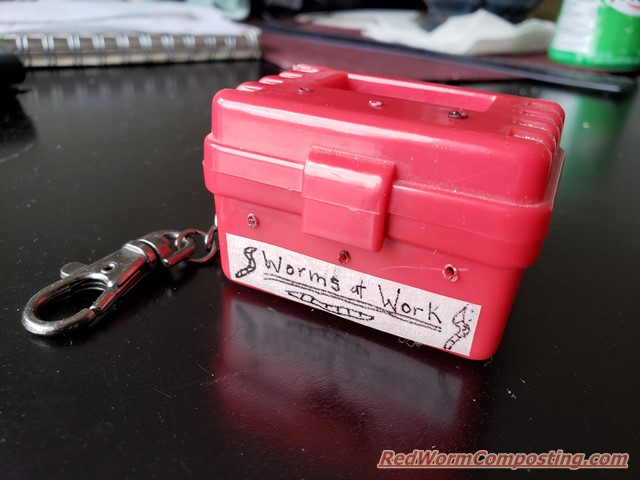 When I checked up on things in December (Day 50) I was able to find 9 worms, but a suspected “overfeeding” incident (doesn’t take much in a bin this size) resulted in the population declining to just two adults sometime thereafter.

Finally, in the middle of March (day 140), I took pity on the remaining duo and decided to move them to a “mansion” (in comparison) – a plastic coffee tub. This is a system that has been left mostly alone – other than maybe one or two very minor feedings – for almost exactly 6 months!

Yesterday – technically “Day 327” for this particular project (including the time in the tiny bin) – I realized I was in need of some worms for another fun experiment. Given that this little tub is literally the only active indoor “worm bin” I have going (most of my systems are at my dad’s place), I decided I should check up on things!

Two birds with one stone!
😆

Not too surprisingly, it looked as though the overall level of material in the tub had dropped quite a bit… 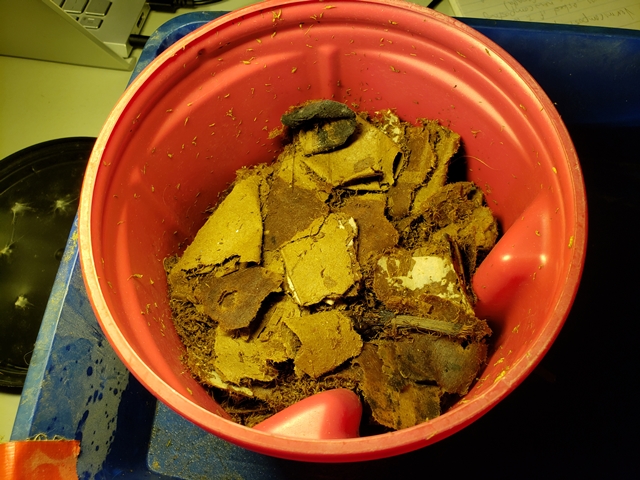 …and that the worms had been working on the shredded cardboard a fair bit. (Second image below is a close-up view) 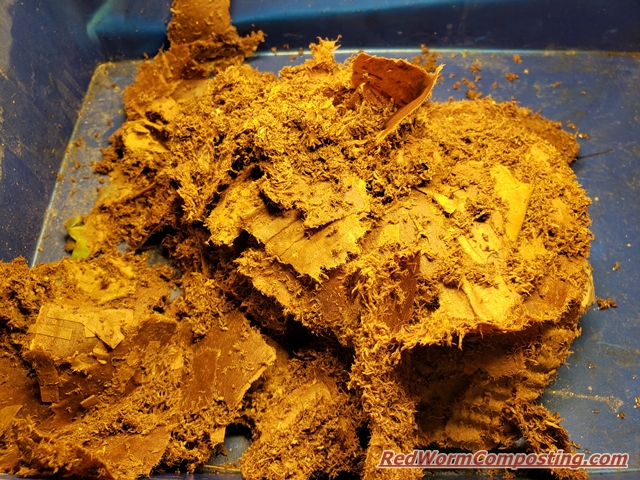 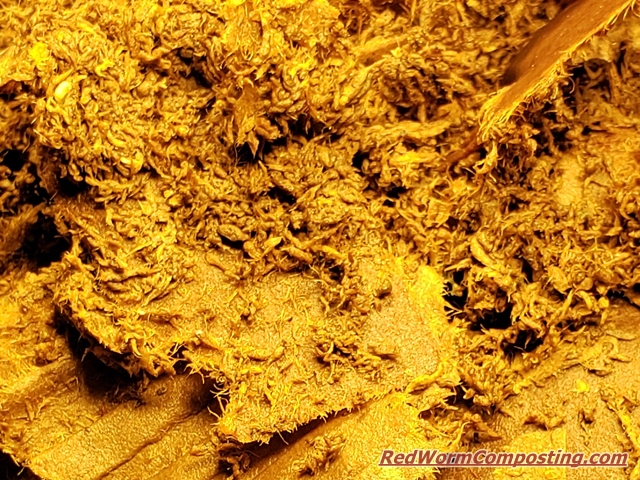 In spite of the crazy level of neglect these worms have dealt with, it is clear the greatly-increased space has benefited them based on the number of worms I found.

The vast majority (50) were very tiny juveniles, similar to the one pictured below. I also found 5 worms that were somewhat larger juveniles. 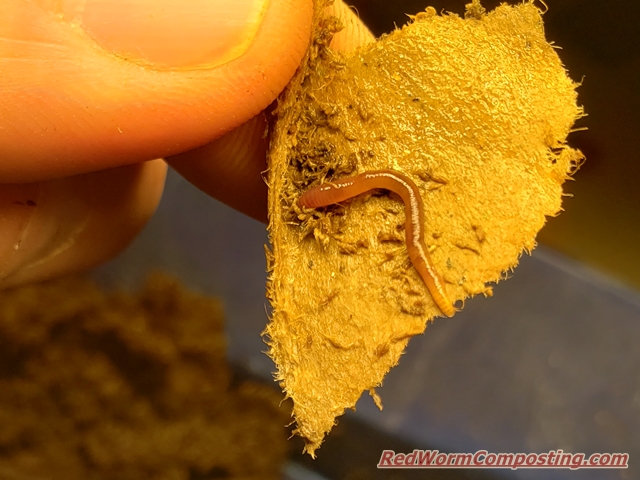 I only found 3 worms I would call “adults” – and even these still looked like larger juveniles since they weren’t very big and didn’t have an obvious clitellum. It is common to find this in low-nutrition, neglected systems.

(As you can see below, they were still very large in comparison to the tiny juveniles that make up the bulk of the population) 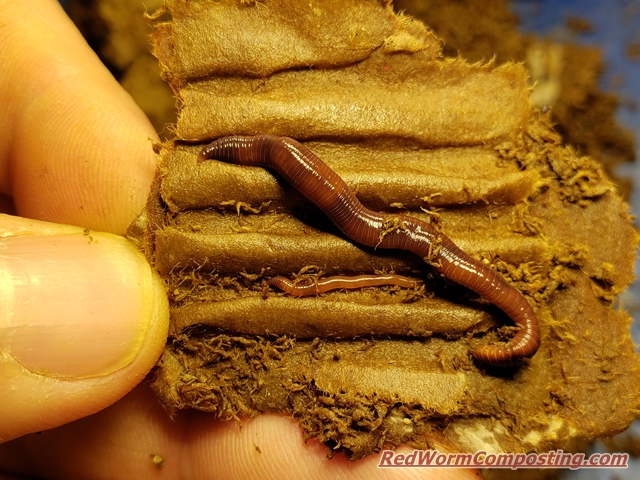 I found quite a few empty cocoons (didn’t bother to count), but only one I considered viable. 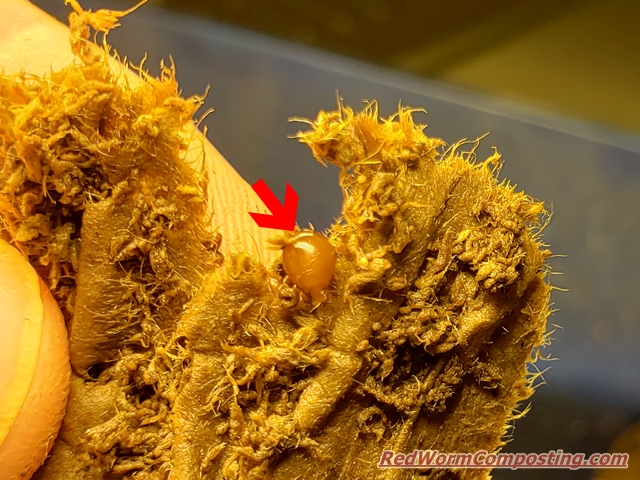 All in all, pretty interesting! Naturally, I can’t help but wonder how big the population would be had I fed the system periodically and added more bedding.

IMPORTANT NOTE: The results of this experiment are also yet another demonstration of just how easy it is to set up and maintain some form of “Insurance Bin“.

As alluded to earlier, I am planning to transfer some of the worms over to another system for a new project – but I think I will keep this tub system going to see what sort of population of worms can actually develop in a bin this size.