Well, it has certainly been a long time since my last “World’s Smallest Worm Bin” update! This is not to say the system has been completely neglected, though – I’ve checked on things, and have added food and water at various points along the way.

Which brings us to a major development…

After finding as many as 9 small worms in the bin (remember, it was 5 cocoons I added to originally stock the system) back in December, some sort of die-off or bin exodus event took place, leaving me with only two worms.

My suspicion is that this is linked to an ample feeding (for bin size) of dried kale, but it may also be at least partially due to some form of population regulation mechanism.

Whatever the case may be, I am quite sure these were mortalities not escapes. The bin is sitting inside another small tub with dry shredded cardboard in it – and I didn’t find a single dried-up worm in there (very unlikely they would have been able to crawl out of the second bin).

Obviously, with a bin this size any sort of “problem” that arises is going to be magnfied that much more. If I had to guess, ammonia or some other gas released from the kale seems a likely culprit. Even if it only killed a single worm, that in turn would release more gas and create an even more hazardous environment – setting off a sort of chain reaction. Perhaps the two survivors just happened to be hanging out right down in the bottom of the bin, and they managed to stay safe until the toxic conditions had passed (something that also likely happens quickly in a tiny bin).

Well-known worm farmer Larry Martin once said (I’m paraphrasing here) that if you can succeed with a small plastic worm bin you can probably succeed with any system. This is a very valid statement, and I’m certainly (re-)learning the lesson with this tiny bin!

The “good news” is that two Red Worms should do just fine in a bin this size – especially if I’m a bit more careful with my feeding moving forward. Interestingly, I have yet to find what I feel is a “new” cocoon, though. Today I did find a cocoon – but it’s clearly very mature (very dark in color) and I suspect it’s just one of the originals added at the start of the experiment. If a new hatchling appears anytime soon I may need to revise my assessment (I doubt a cocoon would sit for 100+ days and then hatch – unless the environment became much more favorable).

Since the time of the “kale incident” (lol) I’ve added some small grapes to the bin and they seem to have been processed. Just generally, there seems to be a decent percentage of rich vermicompost in the bin now – but not quiet enough to warrant harvesting.
😉 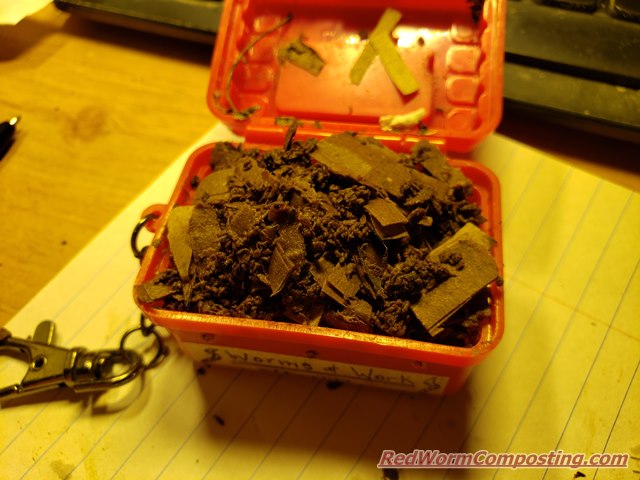 I have no doubt that both my worms are mature – but only one of them has an obvious clitellum. 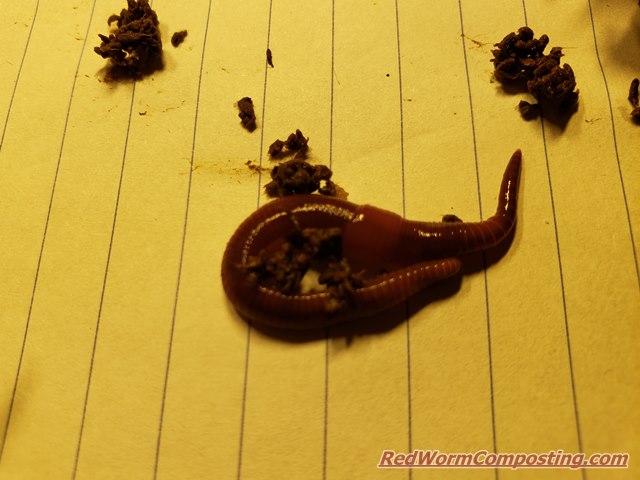 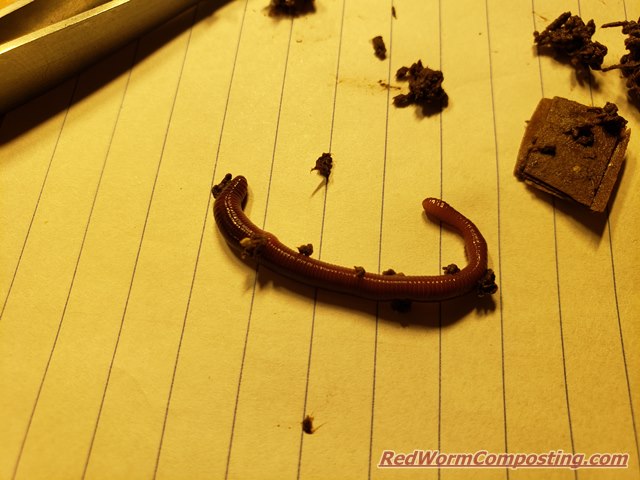 In the weeks ahead, the “big development” I’ll be looking for is the presence of new cocoons. Clearly, the bin size is limiting population/worm growth a lot – but I would still expect cocoons to get dropped, even if simply for the sake of helping to ensure the possibility of future generations.

I guess we shall see!
Stay tuned
😎