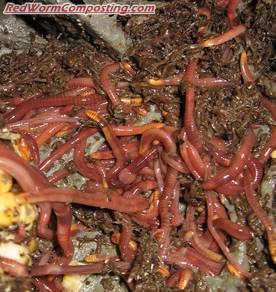 In the recent survey I came across a REALLY cool suggestion (plenty of other great suggestions too, of course!). Someone suggested that rather than constantly setting up different experiments myself and trying to keep up with them (we ALL know how many of them end up falling off the rails – assuming they even get started! lol), I should think them up, and get others to think them up – and then simply round up volunteers from the RWC community to perform the experiment.

This is a BRILLIANT idea (and the person who suggested it is more than welcome to step forward to take credit)! I know there are plenty of keeners out there who would enjoy getting involved and contributing to the “greater good”. It would certainly take a lot of burden off me – and we’d likely end up with a lot more finished experiments, more reliable results etc etc. Even if not all of them are super serious (perfectly planned out with scientific method etc), I think it would still just generally be a lot of fun to compare notes – results could be shared here and in the newsletter!

For starters – I’d love to get some suggestions for different things to test out. There were a number of cocoon experiments I had been meaning to get started a while back – so perhaps I can get those back on the radar screen (rather than swept under the carpet – haha).

One of our community members, Jonathan B., wrote in with an interesting experiment suggestion recently. Given the often-soggy nature of the lower reaches of a typical plastic enclosed tub worm bin, he was wondering if Euros could thrive down there – creating a better quality vermicompost – while Reds thrive in the upper zone. A big part of WHY this one really interests me is the fact that I get asked all the time if you can have both of these worms in the same bin. In MY experience this doesn’t tend to work out all that well over the long-haul – seems as though the Reds really do kinda take over. I would however be very interested to see if there was anyone interested in trying this out?
I myself am hoping to start up (fairly soon) a “head to head challenge” sort of experiment with these worms to see how they compare in terms of growth and reproduction rates (and overall vermicomposting).

Oh BTW, for the person on the survey who said they “know” I’ve never used Euros – LOL – please be assured that I actually have – just not nearly as much as Red Worms. Some may recall that I ended up having to dump a bunch of them in my big backyard bin after adding bokashi to my indoor Euro bin…long story (see posts below)! lol

Anyway – that’s basically that! I hope people are as excited about this idea as I am! Thanks very much to the mystery person who suggested the idea – would be great if you decided to add your input here as well (but no pressure! lol).
8)