Initially, I was planning to create something similar to my “Vermi-Fertilization & Watering System” that could take the place of my much smaller “super simple” bin. After giving it some more thought, however, I decided instead to create an open-air system since it would be much easier to set up – and likely a lot more effective as well.

IMPORTANT NOTE: As I’ve written before, I really only recommend composting/vermicomposting dog/cat feces if you are fairly experienced – especially if you plan to set up an open-system like the one you’ll be learning about here. It’s very important that: 1) you choose the right materials, 2) you know how to set up the system properly, and 3) you know how to choose a good location for the system.

The site I chose for my bed is a shaded, unused stretch of garden in behind my compost tumbler. It is on the other side of the yard from my veggie gardens, and I think the close proximity to the shade tree (a Manitoba Maple) will make it even more favorable. (in case you are wondering, the beige slab is just an old piece of particle board) 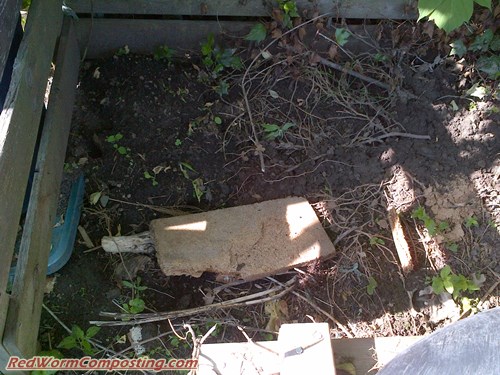 I started by laying down a bunch of weeds I recently yanked from my gardens. There isn’t anything particularly noteworthy about this. I simply wanted to build up the bed a bit so as to create a buffer zone between the composting litter and the soil below. Gradually over time, this lower section of the bed will become an excellent worm habitat and bio-filtration zone. 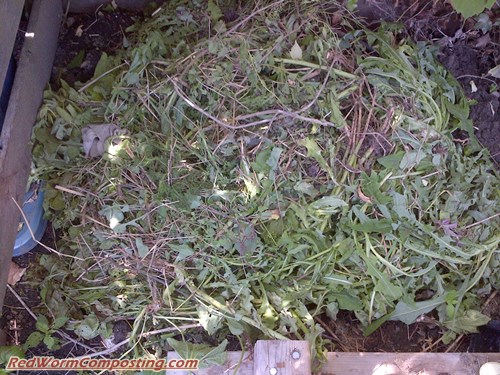 Next, I added some of the rich compost I removed from my sandbox trench. I was actually surprised by the number of tiny Red Worms I found in it! 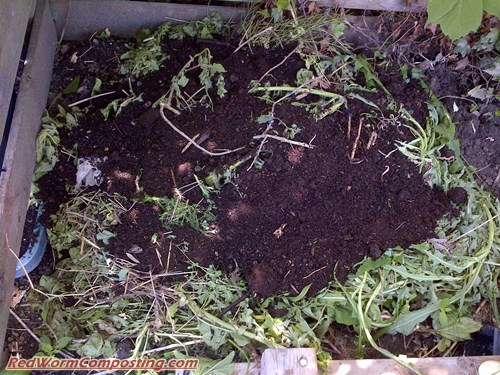 I then added some shredded newsprint (actually old flyers) that have been used as a cover material for my VB48 bin. As such, they will actually be nicely inoculated with microbes and should serve as a “living material” to help get things going in the bed (along with the compost). At this point I also added a bit of rock dust, and watered everything down. 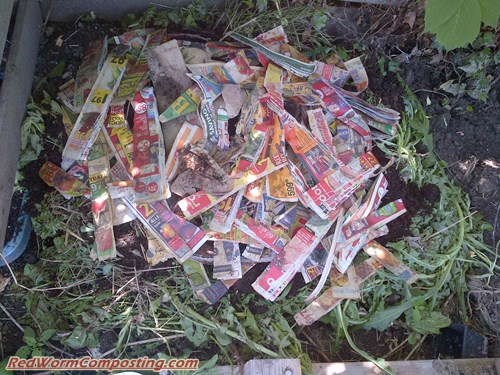 Next, it was time to add the partially used wood-pellet litter, cover it with more of the compost and water down again before… 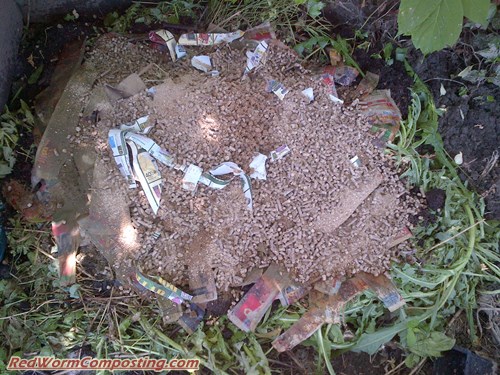 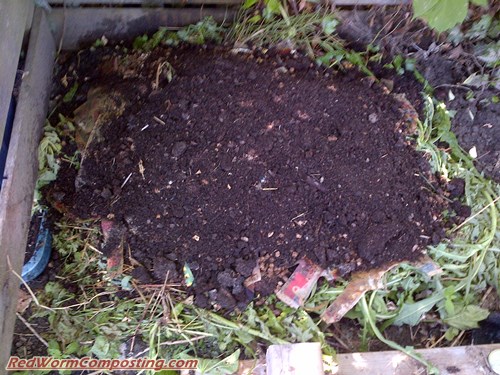 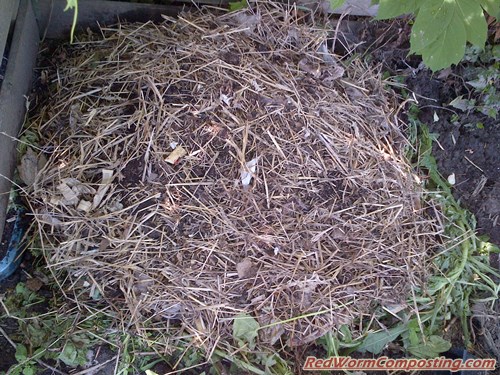 I will continue to build up the bed like a “lasagna garden” as more of the used litter becomes available. I have no plans to actually add worms since I know they will find the bed on their own (and again, there were some in the compost material I added).

I’ll be sure to keep everyone posted on my progress!