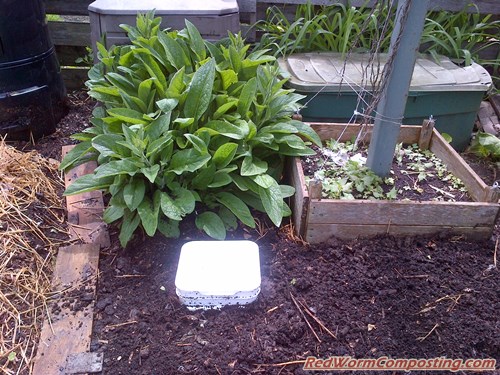 Earlier this week I decided to (finally) put together a little pet waste vermicomposting system – something I’ve been meaning to try out for quite some time now.

In a nutshell, it is basically a bucket (with lid) with holes drilled in the sides, containing worm habitat (with worms of course) + pet waste, which in this case will be cat doo doo. I’d prefer dog poop but don’t happen to have one on hand – and I don’t think I’m quite ready to ask neighbors to donate, since they already must think I’m pretty weird! LOL

The initial “habitat” in this case is END_OF_DOCUMENT_TOKEN_TO_BE_REPLACED 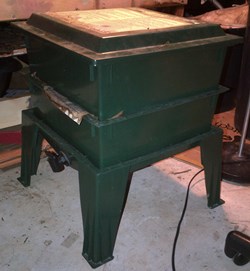 Just a quick update for you on the “Stacking Bin Euros” front.

On Saturday I decided it was time to add a second tray to my WF-360 system. Again, the idea here is to get things moving along as quickly as possible and see how well the Euros are going to adjust to life in this type of bin.

I set up the second tray very quickly – keeping things as simple as possible. I mixed shredded (wet) drink tray cardboard with some food waste and a small amount of aged horse manure (a little extra incentive for the worms), before topping up with more shredded cardboard.
END_OF_DOCUMENT_TOKEN_TO_BE_REPLACED 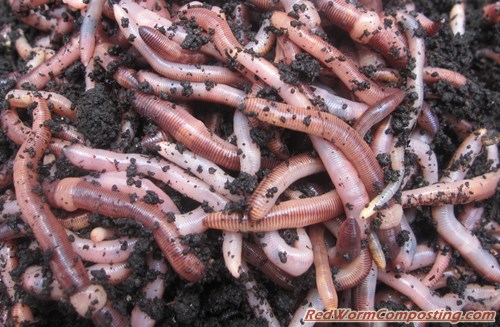 During the past year or so (especially the last 6 months) I’ve had the opportunity to spend a lot more time working with European Nightcrawlers (Eisenia hortensis / Dendrobaena veneta), and as you can probably tell from my writings, I’ve really come to respect them a lot more.

It’s funny to think that my frustrating experience with Euros in my VB48 actually helped lead me down the path to my new found appreciation of these worms. I guess you could say it’s one of those “making lemonade out of lemons” situations that actually panned out (as you may recall, I came up with a skirt-tray system down below the VB48 that’s been working very well).

Spending as much time with these worms as I have, I’ve come to realize that END_OF_DOCUMENT_TOKEN_TO_BE_REPLACED

The last time I tried to test out the use of European Nightcrawlers in a stacking worm bin I had to pull the plug on the experiment fairly early (due to lack-of-space issues in my basement, and an annoying outbreak of Scuttle Flies). Ever since then I’ve been hoping to start up a similar experiment.

The good news is END_OF_DOCUMENT_TOKEN_TO_BE_REPLACED 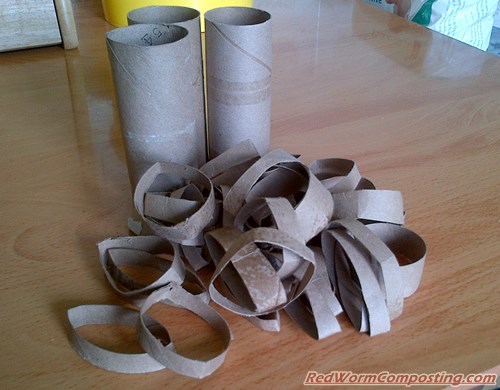 I had been using primarily coir and peat moss as bedding and it’s
become obvious that my system is too anaerobic (I still have worms but
definitely not the pound I started with).
END_OF_DOCUMENT_TOKEN_TO_BE_REPLACED

It’s been more than a month since my last VB48 update, and who knows how long since my last video (lol), so I figured why not combine both of these long-overdue activities and shoot a video VB48 update!
😆

As I point out in this work of cinematographic genius (uhhmmm…), this bin has become much more of a vermiculture system than a vermicomposting system. I am far more focused on growing loads of worms than I am on producing nice vermicompost (giving no thought to that at all, in fact).

My lower “skirt” has performed marvelously since I installed it – the two tray down below are both loaded with worms (mostly Euros), and there is NO mess down on my basement floor! I have even set up two similar tray systems up on top for raising even more worms, and those in combination with my bio-plastic “mulch” layer are currently the only thing acting as a cover.

Having loads of fun with “The Beast” – too bad I don’t have more time to play with it! lol

Slowly but surely I AM indeed making some progress on the “Worm Inn vs Plastic Bin” front!
😆

On Friday and Saturday I managed to add some more food waste and some more Red Worms, respectively.

Here is the low-down on the food materials added END_OF_DOCUMENT_TOKEN_TO_BE_REPLACED