I wanted to share an important update on the Euros-in-a-stacking-bin front. Sadly, I’ve had to abandon this one early due to a rather challenging scuttle fly situation.

What it basically comes down to is the fact that I can’t take a chance on adding a second tray with a bunch more food in it. Even though I hardly fed the bin for the past few months, it was still loaded with scuttle fly cocoons. Adding food would be just be like adding gasoline to a fire that’s already blazing.

If I can’t even (effectively) test to see if the Euros will move up, I figure there’s not much point in continuing on with the experiment (for the time being). 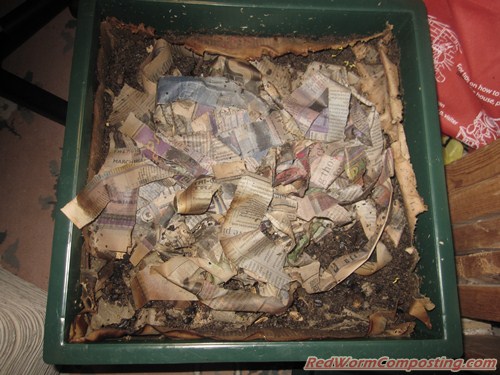 Apart from that, I really want to keep boosting the worm population in my VB48 (and just generally make that my indoor consolidation bin) since THAT’s where the real battle with the scuttle flies is taking place.

So, I simply dumped the contents of the first WF-360 tray into the VB48, and that was that. Even though the volume of material in the tray had decreased quite a bit, it seemed as though there was a really nice concentration of healthy-looking Euros down in the lower reaches, so I was happy about that.

As you can see, the layers of newsprint were still basically intact. 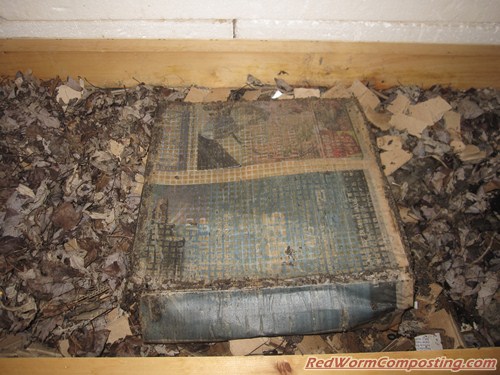 Nevertheless, I expected to see at least a few larger worms down in the reservoir, but as it turned out there were only tiny worms down there (quite a few though). 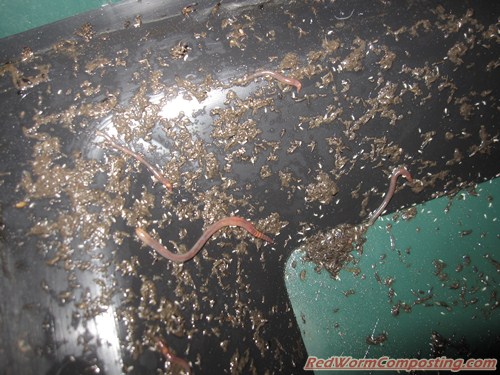 I’ll definitely post a VB48 update some time this week with more details about the scuttle fly situation.
8)

It’s a Quiet Week on the Blog…