Yet another update for you on the “Worm Inn vs Plastic Bin” front (feast or famine around here with updates, isn’t it?! lol).

I wanted to let everyone know that the stove pellets worked like a charm in the plastic bin, soaking up all the excess (pooling) liquid in the bin. The habitat now looks, and smells, much better! In light of this, I decided to start adding food to this system again.

Today I added 545 g (1.20 lb) of sliced frozen-then-thawed zucchini. I sprinkled some of the stove pellets over top to help balance the water-content of the food. Should be interesting to see how the worms respond. 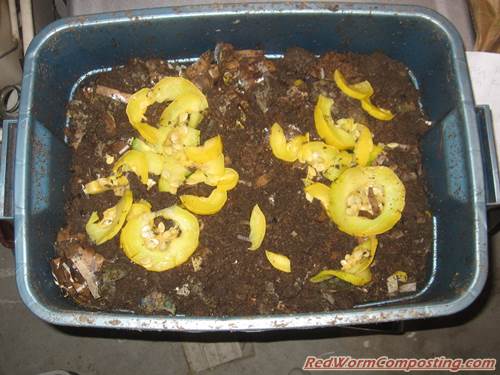 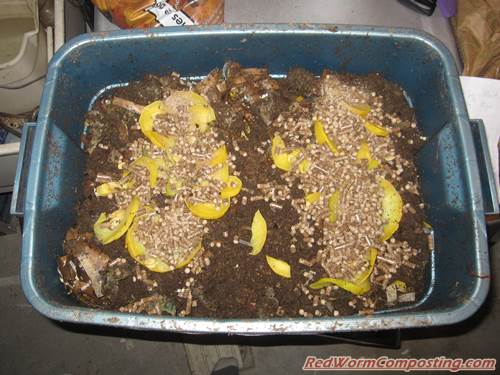 I also decided to add more of the same material to the Worm Inn. The worms have been doing a great job processing the stuff that’s been added so far!

Today I added 875 g (1.93 lb) of the zucchini. I simply layered it over top of the uppermost bedding layer, and then added a new layer of bedding over top. 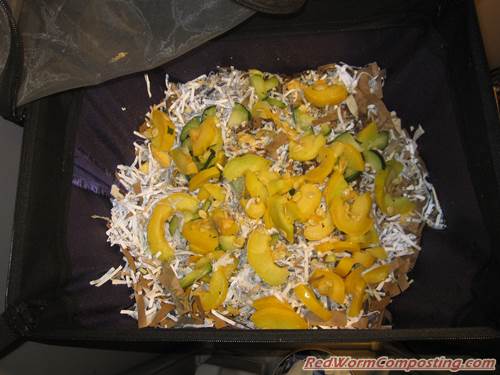 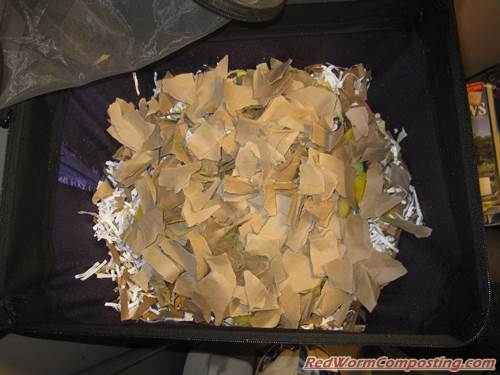 Things are definitely coming along nicely with both these systems. I’ll keep you posted on my progress with the project!