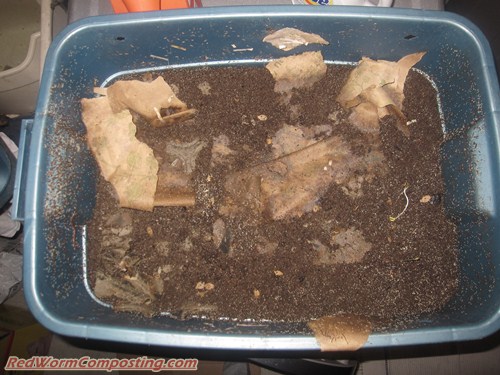 Just for fun I decided to check on my plastic worm bin (set up for the “follow-along”) today. I haven’t been feeding it – or any other of my indoor bins – for quite some time due to the presence of a really pesky fly species (hoping to write more about that fairly soon). The picture above says it all!

Of course, the worms have just continued on their merry way – doing that thing they do. As you might imagine (and as you can basically SEE), the vast majority of the bedding has been converted into vermicompost, and there is very little in the way of evidence that food wastes were ever added.

The material is LOADED with worms (albeit fairly small ones on average)! 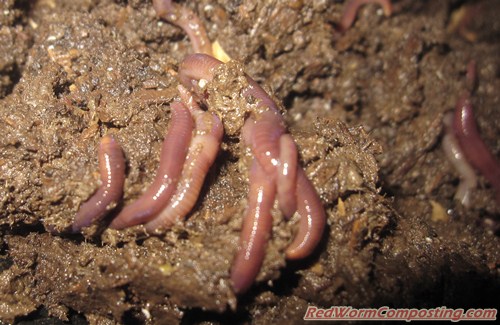 OK, let’s revisit something I said in my last post:

“It is FAR easier to kill worms via overfeeding than via starvation!”

If you leave your system (especially one that holds moisture well, and contains lots of bedding) to sit for weeks on end without adding new food materials you’re not likely going to open it up and find that your worms have vanished (assuming all other worm requirements are being met). Typically, you’ll find healthy worms, no food in sight, and a lot less bedding!

Yep – that’s pretty much on target!
😆

This is the one really nice thing about enclosed plastic bin vermicomposting systems – they are very forgiving (and in fact, often do MUCH better) when you neglect them. I’d almost argue that they are better suited for “batch” vermicomposting rather than for the typical “continuous” approach (where foods are added periodically on an ongoing basis). I say load ’em up and leave em alone! lol

Not only do most people NOT do this, but they actually allow their bins to reach the stage of looking similar to that first photo, YET STILL CONTINUE TO ADD NEW FOOD MATERIALS!

This leads to what I’ve referred to in the past as “mature worm bin syndrome”. You’ve got this worm bin mostly filled with wet vermicompost, yet you are still trying to process more waste materials.

Bare minimum, you need to add a LOT of new, dry absorbent bedding. Even better – you can split the bin and basically use the worm-filled sludge to start up two “new” systems. Ideally, you’ll actually separate the worms from the sludge (David’s Tub Harvesting Method is a great option for those using plastic bin systems) and start a completely new system. The “sludge” can be be allowed to dry in an open tub – just make sure to break it up and mix it up a LOT during the drying process so you don’t end up with a big block of vermicrete!

Just a quick, interesting observation to share from today before I wrap things up…

When I first opened the bin, I noticed a congregation of millipedes sitting on a piece of brown paper that was up near the lid of the bin. I wasn’t too surprised by the sight – since millipedes tend to prefer a drier habitat with a bit more structure to it (not just wet vermicompost) – but I thought it would make for a cool photo anyway.

When I looked at the pic up close on the computer, I realized there were a variety of different organisms on the little piece of paper (or at least close by). See if you can spot the mites, springtails, and a pseudoscorpion! 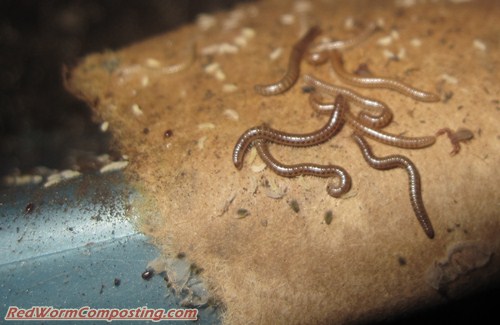