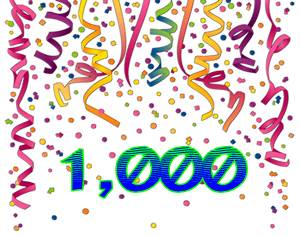 Wow, it seems like only yesterday that we were celebrating the 600th blog post here at Red Worm Composting! In actuality, it was nearly two years ago! Time flies when you are playing with worms.
🙂

On this monumental occasion (who’da thunk we’d get this far?!), I thought it would be fun to look back and reflect on some of the more memorable blog posts. Unfortunately, the selection process was a wee bit biased (LOL)…but of course, I welcome any and all other memorable/favorite posts people want to mention in the comments section. I’m sure I’ve forgotten many more good ones than I can remember!

*not counting contest posts that specifically asked for comment entries

Helpful Posts
Getting Rid of Fruit Flies and Fungus Gnats
Earth Machine Vermicomposting
David’s Tub Harvesting Method
Fighting Fire with Fire – Larry Torches Fire Ants
(the last one could almost be “weird” or “funny” – but it turned out to be a really helpful discussion about getting rid of ants!)

Well, I think that’s a good start! But, when it comes down to it, it’s not MY opinion that counts. I want to know what YOUR favorite posts were!!
😎